Treasure Ships: Art in the Age of Spices is an exhibition infused with stories of adventure, shipwrecks, trade, treasure and exotic discoveries.

Opening tomorrow at the Art Gallery of South Australia and featuring almost 300 items from collections in Australia, India, Portugal, Singapore and the United States, it explores the cultural, spiritual and artistic exchange between Europe and Asia from the 16th to 19th centuries.

It was the era of the spice trade and played a significant role in the development of the modern world as we know it today, says curator Russell Kelty.

Yet surprisingly, there has never previously been an Australian art exhibition devoted to the Age of Spices.

“There’s a wealth of stories, a world of stories to be told by this collection,” Kelty says.

“People will be astounded by the eclecticism of the era, and how styles and aesthetics just seem to jump from one place to another.

“It wasn’t simply Europe imposing itself on Asia, although that did happen … the aesthetic went both ways.”

Kelty and co-curator James Bennett have spent several years researching the exhibition and assembling a collection that comprises ceramics, paintings, textiles, furniture, engravings and other items, many of which have never previously been displayed publicly. 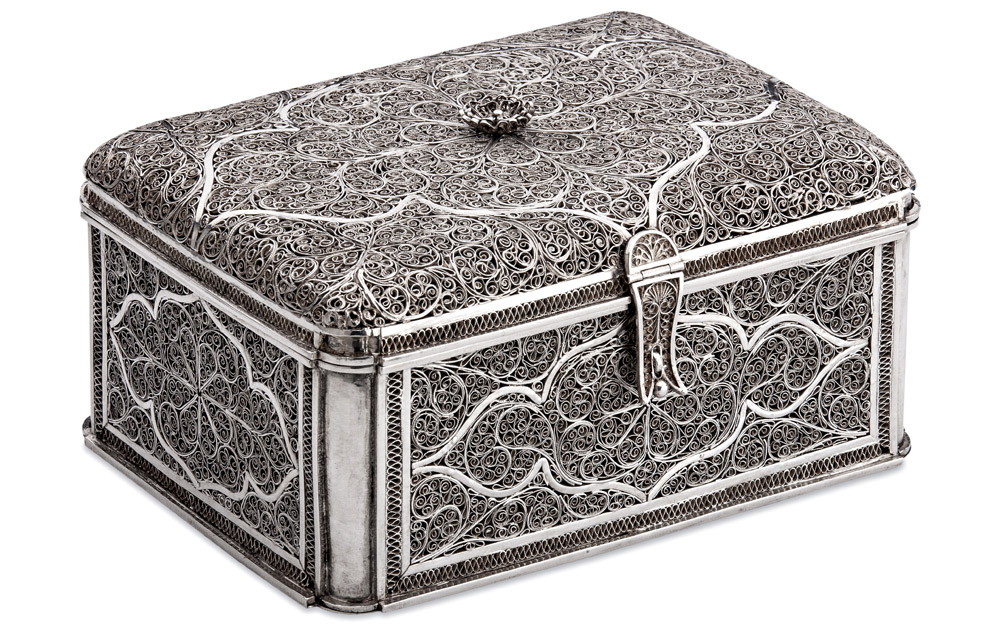 The treasures range from an Indonesian writing desk and silver filigree jewellery box from the personal collection of Queen Adelaide, to a huge 17th-century, vividly coloured Indian carpet from Spain, and an elephant tusk discovered among the artefacts of the Dutch trading ship Batavia, wrecked off the Western Australian coast.

Curiously, says Kelty, the Batavia’s manifest had no record of elephant tusks being on board, leading to speculation that it was being traded as contraband.

“It’s the most fascinating thing because it’s been on the bottom of the ocean for 300 years.

“I was totally blown away. It’s this beautiful huge tusk … and it’s just the most evocative piece.” 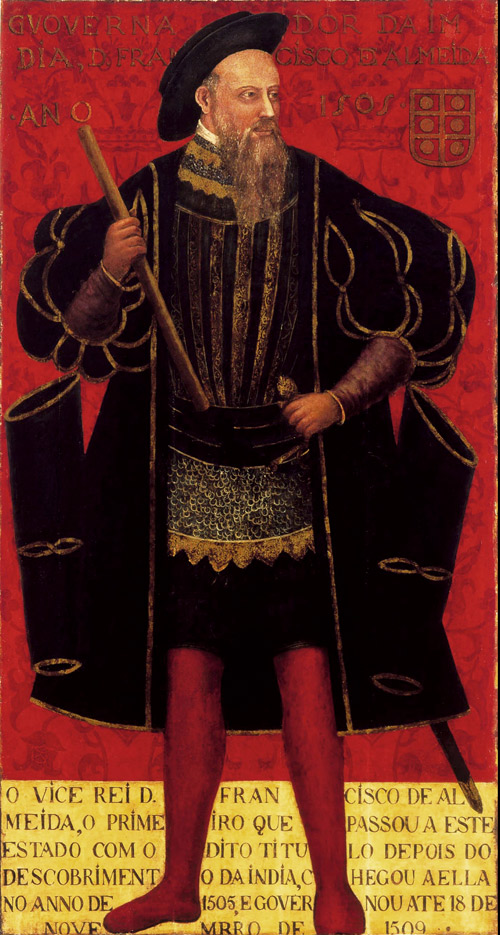 Treasure Ships also features an almost life-size portrait from the 16th century of Portuguese aristocrat and soldier Francisco de Almeida, who was first viceroy of India and seized control of the Indian Ocean spice trade.

With ingredients such as pepper, nutmeg and cloves now found in almost every pantry, it’s hard to imagine a time when they were considered luxury items. But before the first Portuguese fleet reached India by sea at the end of the 15th century and the East-West ocean trading route was established, the long and arduous journey across many lands and through numerous hands meant spices were an extravagance.

Early interactions between Europe and Asia were driven by Europe’s “insatiable desire for spices both for cooking and as a display of wealth”, Kelty says.

“Pepper was considered black gold in this era. The traders made a 400 per cent return on it.”

The Portuguese were also prosthelytisers. Explorer and navigator Vasco Da Gama, on arriving in India in 1498, is quoted as saying: “We come in search of Christians and spices.”

Many items in the Treasure Ships exhibition reflect the spread of Christianity across Asia during the Age of Spices, including a portable altarpiece made in Japan in the late 16th or early 17th century depicting St Joseph and the Christ Child. Made of wood, lacquer, mother-of-pearl and gilt copper, it is believed to have been painted by a Japanese Christian under Italian tutelage. 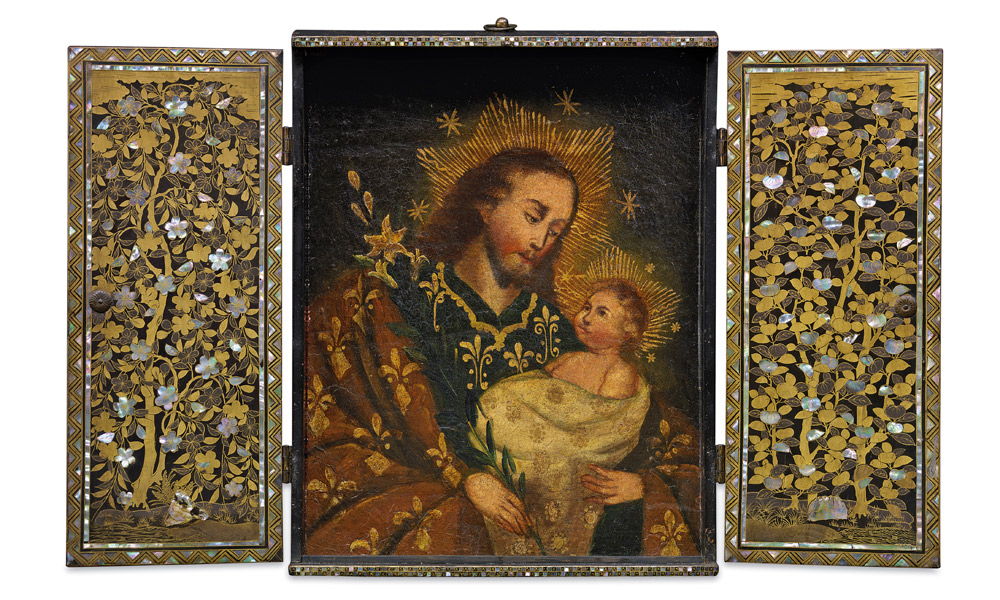 Kelty says early reports suggest that the Portuguese and Dutch were surprised by the cosmopolitan nature of the cultures they encountered in the Asian countries, and the exotic arts and crafts they saw.

“They were filled with various people from all over the world and the Europeans were really the last ones to enter that scene.”

Two lidded porcelain bowls in the exhibition come from the collection of Augustus the Strong (the King of Poland), who by around 1720 had collected more than 20,000 pieces of Chinese and Japanese porcelain, many of which are now on display in the Japanese Palace in Dresden.

“He was so infatuated with Japanese porcelain that it was said he would trade regiments of his army for it,” Kelty says. 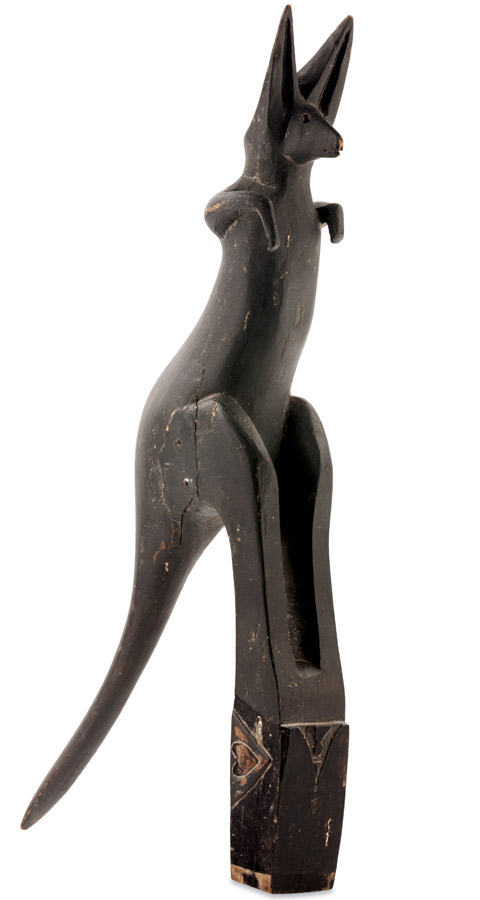 One of the more quirky exhibits in Treasure Ships is a small kangaroo from the Barossa Valley, which was gifted to the Art Gallery of South Australia last year. Dated circa 1845, it is believed to be one of the earliest known sculptures of a kangaroo.

The Europeans were interested in describing and securing samples of the flora and fauna of Asia, and this extended to their explorations of Australia.

“You see a lot of the same rigour associated with the exploration of Asia attached to Australia. You see the flora and fauna depicted in similar ways,” Kelty says.

The exhibition also looks at the impact of the Age of Spices on Australia, as well as the early interactions between Australia and Asia – such as the engagement between Aborigines in the northern part of the country and Makassan fishermen searching for trepang (sea cucumbers).

“The idea that especially the northern coastline, but Australia in general, was part of this Asian paradigm is actually quite old; it isn’t a new idea,” says Kelty.