Ali Mohammadi, who was forced to flee Afghanistan after the Taliban threatened to kill him, is one of dozens of Afghan refugees whose stories are shared in Pictures in My Heart.

The group, who are mostly Hazara and all arrived in Australia by boat between 1999 and 2001, lived and worked in Murray Bridge on temporary protection visas.

They were also participants in a mental health program initiated after one of the refugees, a community leader, committed suicide. 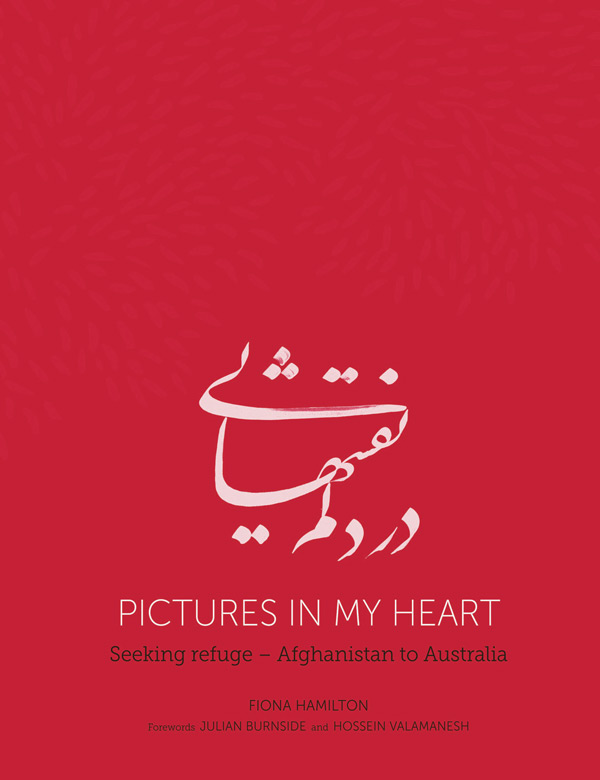 Pictures in My Heart is edited by Fiona Hamilton, a community health worker involved in the program who also ran art workshops for the refugees with artist and teacher Miranda Harris.

“I have been so altered by my relationships with the Afghan men,” she writes in the book.

“One of the things that always struck me right from the beginning was the ease with which they would smile.

“I remember being amazed that these people have been through so much and yet their primary disposition is one of warmth, respect and generosity.”

The stories shared in the book are a result of interviews conducted with the men in Adelaide, in which they shared the terrifying experiences that forced them to leave their homeland and also how they rebuilt their lives in South Australia. Pictures in My Heart – subtitled Seeking Refuge: Afghanistan to Australia – also features poems and artwork by the Afghan refugees.

Ali Mohammadi, part of whose story is shared below, had to leave behind his family after being arrested and threatened by the Taliban, who had occupied and surrounded his home town of Jaghori. At the time, his father was also missing, later believed to have been killed by the Taliban.

I Was A Baker

When I was a child I studied at a religious school. I had a happy life with family and friends. There were many in my village around my age. Our family was well off so we didn’t have many problems. At the age of 12 my father told me about a bakery, asking if I wanted to go there as an apprentice and learn the trade. After 18 months working there, my father gave me money to buy my own bakery. I liked it a lot and I became good at it. Then, after a while, I had three of my own apprentices working for me. I would make different types of biscuits, cakes and various sweets.

I worked as a baker for seven years, starting at 6.30am and finishing at 7.30pm. The bakery was a two-hour walk from my village, so I used to stay at the shop weekdays, going home on weekends.

When the Taliban came to power, they announced that women could not go shopping. One early very cold morning, a woman entered the bakery. I asked her to please leave because of the Taliban restriction. The woman said, ‘I am very old and it’s very cold outside.’ She wanted to buy a piece of cake. ‘I’ll stay inside; it’s too cold outside.’ It would only take a minute to cut the cake. Just then the Taliban came. They said, ‘We have told you many times not to let women into the shop. Why did you let this woman come in?’

They dragged me outside and pushed the old woman out of the shop. They took me to their headquarters, shaved my head and threw me into jail. I was there for about 20 days. It was a dark room with a very small window; lots of people were being held there, including many young people with shaved heads – some of whom would be sent to the front line from there. They shaved our heads because they specified that our hair should be to our shoulders or our heads should be shaved, and we should also wear a long beard.

My brother-in-law had a clothes shop in the same town as my bakery. He came by my shop and found it had been closed down by the Taliban. That’s when he knew I had been taken. My family arranged for the sum of 300,000 Afghanis and gave the money to the Taliban to release me. The Taliban took the money and released me on condition that I would make myself scarce.

‘We don’t want to see you around. You might tell other Taliban that we’ve taken a bribe and we can’t risk that. So if we see you again, we’ll take you to the front line.’

Actually, they threatened to kill me. The minute I got out of prison I decided to leave, to escape. I was the oldest son, my wife pregnant with our first child. On the one hand, my mother was saying I couldn’t leave as the baby was due very soon; on the other, my life was in danger. It was very difficult to make a decision. My mother consulted the Elders and my father-in-law said, ‘We’ll look after the family; it’s better that you leave.’ 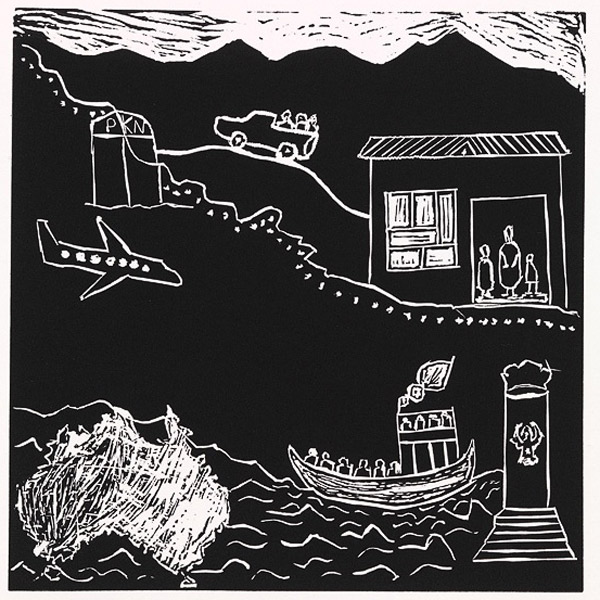 I had no plan, except to get out of Afghanistan. Fortunately, our family had enough money to help me leave. So I got to Pakistan and found some smugglers there. I started negotiating. They arranged for a passport. It was my photo but someone else’s passport and they got me to Indonesia. From the time we left Indonesia and arrived in Australia we were on the boat 27 days. The food ran out after 12 days. After that, there was nothing to eat. We had one litre of water rationed for every 20 hours; it was in a bottle you kept next to you. The sea was stormy and things would roll around on deck. If you lost hold of your bottle, that was it; someone else would claim it. So we made sure it was safe, held tightly in our hands.

There was a sack of rice soaked in petrol someone had spilled. The two cooks on the boat would wash the rice in seawater, using seawater again to somehow soften it. Once a day during that last fortnight we were fed a small plate. It would burn the second you swallowed it until it reached your stomach. One passenger with a kidney problem was in terrible pain because there wasn’t enough water and nearly died. The problem was that we got lost. A plane located us eventually and signalled us to go in a different direction, saying we were getting too close to a very dangerous current. Then after about an hour, two navy ships appeared. The captain stopped our boat and waited for the ships to get close enough. When they found us, we were in a terrible condition and had long beards. I arrived in Australia in September 2000.

After 45 days, I left the detention centre and the first thought I had was to get a job as a baker. I met a French woman on the street and she told me about a bakery. In my interview I was told my English wasn’t good enough. I said I would work one month no pay but still they wouldn’t give me the job. You need money to start a bakery. So I went to Murray Bridge and began working at the meatworks.

It wasn’t easy to contact my family from Australia. I lost contact with them for a while. I sent a letter through the Red Cross to another city where my uncle used to live and left my number for them, hoping they would find a way to call me. That letter finally made its way to my mother. About six months after, I got a phone call from my brother from Ghazni. He had come to Ghazni just to call me. In all, it was about one and half years I didn’t talk to them; it was a very long time, a very sad and stressful time.

My wife is here now, after five years of separation. Initially she was very homesick when she arrived here, but there were other families here and we became close so that helped her to settle. Since then we have had two more children and that helps too. But still she talks about missing her parents and her family. I will do my best, but she will always miss her family and her home.

One thing I really miss about Afghanistan is my village and my friends. We used to play a game called Tiemushti. Three people sit on one side and put all their fists together, one hiding a small object in it. The other side has to guess where the object is and if they get it wrong, a point would go to the ones hiding it. We would do this for hours, laughing and talking all the time.

But I do love Australian culture. One thing I really like about Australia is that people are on time here. I want to learn more about Australian culture but not at the expense of my own heritage. Somehow I need to bring them close together. I am happy that things are getting better here now for refugees. Compared to what we experienced, new refugees are treated much better. But that is life, it happens. It’s just luck. It’s your fate; you cannot fight it.

This story was composed from an interview conducted in February 2012 interpreted by Mohammad Amirghiasvand.

Extract from Pictures in My Heart, edited by Fiona Hamilton and published by Wakefield Press, RRP $39.95. Republished with permission.