Come Out Children’s Festival creative producer Susannah Sweeney has put together an inspiring array of productions, workshops and curated events that seek to encourage creativity and freethinking.

This is the first year that Come Out, which opens on Friday, has operated under the custodianship of the Adelaide Festival Centre, and Sweeney says it is flourishing.

“Teachers and families are embracing the festival,” she says.

“I’m really excited that we are seeing so many regional schools get involved with the events this year.”

The festival opens with an event involving more than 2000 people that reflects the 2015 festival theme, Building Bridges. Called A Bridge Across Time, it will see schoolchildren, parents, grandparents and teachers walking across the Adelaide Oval Footbridge while singing “Eagle Rock” to celebrate connections between past, present and future.

“Everything in this year’s program has an element that involves Building Bridges – bridges within oneself; between friends, family and communities; across generations, locations and cultural demographics, connecting a diverse range of curriculum areas,” says Sweeney.

“The theme is infused throughout, I would like to think that you could select any show from the program and there would be a Building Bridges connection.”

A number of the Come Out events are free, with discounts also available to ensure that children from schools in disadvantaged areas don’t miss out.

“That’s the fundamental component to Come Out – to give kids access to the arts that wouldn’t normally have access,” Sweeney says.

“Positive engagement with the arts can have particularly powerful and far-reaching benefits for children.”

Come Out, which continues until May 30, will spread its wings with events around the state, including in Port Pirie, Whyalla and Streaky Bay. 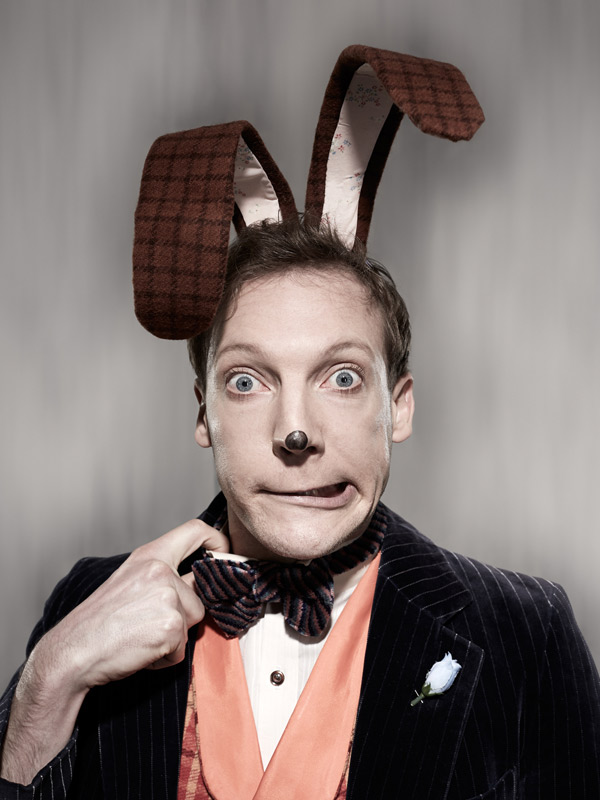 Masquerade: This play, co-produced by State Theatre Company and Griffin Theatre Company, blurs the lines between myth and reality. It is a new work by award-winning playwright Kate Mulvany, based on the book by Kit Williams, and stars Nathan O’Keefe as the bumbling Jack Hare. Masquerade will be at Her Majesty’s Theatre from May 20-31.

Carnival of Animals: A circus show incorporating acrobatic feats, aerial skills and large digital animations to tell whimsical tales of all types of different creatures. Produced by Circa and QPAC’s Out of the Box Festival, Carnival of Animals will be presented at Dunstan Playhouse on May 29-30.

The History of Autism: Presented by Company @, this performance features 13 autistic performers telling the story of the history of autism and the experiences of those who fall on the spectrum. Read InDaily’s interview with artistic director Julian Jaensch here.

26-Storey Treehouse: A play by Richard Tulloch (Bananas in Pajamas) adapted from the book by Andy Griffiths and Terry Denton. It opens at the Dunstan Playhouse on May 22 and will also tour to regional SA.

The Big Family Weekend: To be held on May 23 and 24, this free event will take over Adelaide Festival Centre with a host of activities, including a Frozen sing-a-long, a world-record painting attempt, a silent disco, and free Popeye and paddle boat rides.

Sharing Stories: A digital project in which senior cultural custodians of the Adnyamathanha tell stories. An artist will help children transform their drawings into animations, which will be on exhibit at the Adelaide Festival Centre during Come Out.

The full Come Out Children’s Festival program is online.