To steal a famous slogan from Jurassic Park, “an adventure 65 million years in the making” is an apt way to describe Walking with Dinosaurs – The Arena Spectacular.

The Adelaide Entertainment Centre was abuzz prior to last night’s opening show, with many young families pouring into the arena. And while the kids were obviously excited, so, too, were the adults – after all, who doesn’t love dinosaurs?

The arena show is based on the award-winning BBC television series of the same name narrated by UK actor Kenneth Brannagh. It showcases in spectacular fashion those magnificent creatures that dominated the globe eons ago.

Huxley the paleontologist acts as a narrator and guide throughout the various periods of the dinosaur age, making the show not only entertaining but also educational. He describes both the development of the dinosaurs, and the climate, flora and state of the Earth at the time. 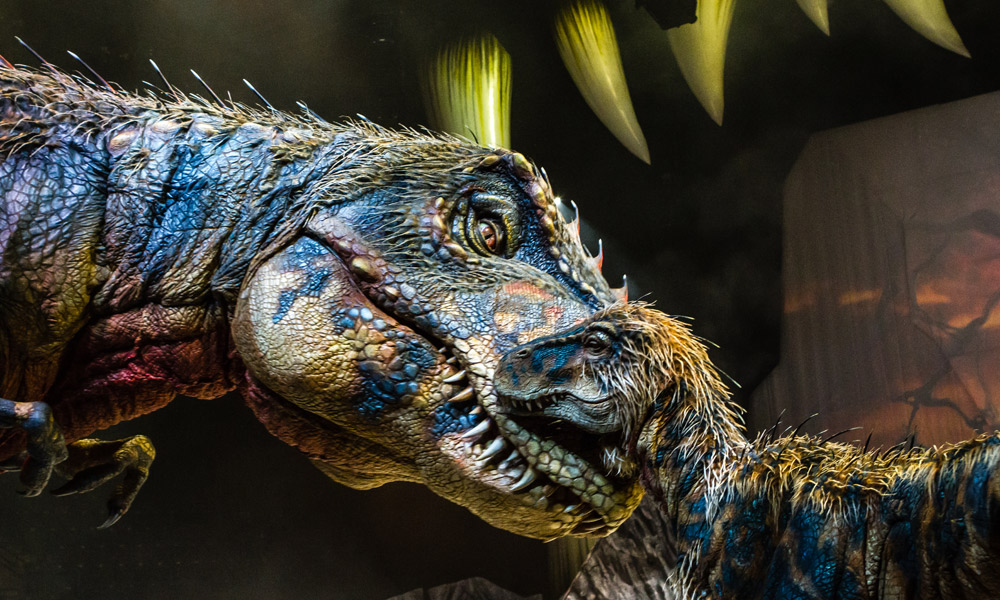 The stars themselves – the life-size dinosaur animatronics and puppets – are incredibly realistic, giving a sense of just how majestic these giant reptiles were. Audience members can easily find themselves believing at times that they are witnessing a real breathing dinosaur. The scene stealer, big ol’ T-Rex, is terrifying to behold.

The show, while occasionally scary for young children (and perhaps a few jittery adults), is still great family entertainment. The story that unfolds is sprinkled with scientific facts, history and knowledge, as well as a bit of humour.

It’s big, it’s fun and it’s probably as close as any of us are going to get to witnessing a real dinosaur. Walking with Dinosaurs is almost like a real-life Jurassic Park adventure for young and old (minus the getting eaten alive bit).

Walking with Dinosaurs – The Arena Spectacular is at the Adelaide Entertainment Centre until April 26.