A curious thing happens while reading Hugh Mackay’s The Art of Belonging.

It provokes a spontaneous urge to meet your neighbours, catch the train to work more often and maybe actually go to that local ukulele group whose meetings are advertised on the supermarket notice board.

And that’s exactly the reaction the New South Wales social researcher and writer hopes to inspire.

“I’m sure the book doesn’t tell people anything they didn’t already know, but I want to encourage them to realise that being social beings means something,” says Mackay (below), author of previous bestseller The Good Life. 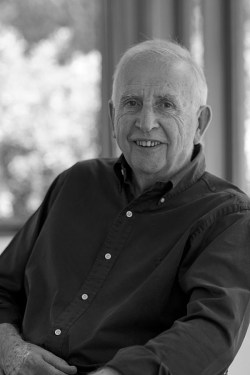 “That we absolutely depend on communities to nurture, sustain and connect us, but that communities are vulnerable – unless we put some effort into nurturing them, they won’t necessarily work.”

Mackay, who will be a guest at Adelaide Writers’ Week, says part of his motivation for writing The Art of Belonging was the fact that local communities and neighbourhoods are less stable and cohesive than they were several decades ago, with loneliness and social isolation increasing.

There are many factors responsible for this – including busy lifestyles, the trend towards smaller households and the advent of new technologies. However, Mackay (whose book is subtitled It’s not where you live, it’s how you live) argues that everyone needs to take responsibility for enriching their community by actively engaging with the people and activities around them.

“We become a more insecure and more fearful society; we become more inward-looking and self-absorbed and less likely to look out for the wellbeing of other people.”

In The Art of Belonging, Mackay creates a fictional metropolitan suburb called Southwood and uses his 50 years’ experience as a social researcher to tell the stories of the relationships, interactions and conflicts between its various residents. These stories, and the accompanying reflections, seek to illustrate the importance of community interaction and connection.

But it’s not just individuals who have a role to play – it’s also urban planners, architects and governments.

“The traditional suburbs are perhaps less suited to our contemporary way of life than when they were built and I think from now on we will try to change the way will build suburbs to have more emphasis on public spaces and less emphasis on the size of backyards,” Mackay says.

Medium-density housing and well-designed living spaces with good infrastructure and public transport, and an emphasis on hubs and public spaces such as parks and cycle-ways, make it easier for people to have incidental encounters and build a community.

“If I was going to say who would have the biggest effect on the lives of our communities in the future, it would be urban planners and architects. They have a huge moral responsibility in the way they design the places we live.”

Mackay dedicates a chapter of his book to online communities, and while acknowledging that social media has some advantages, he also sees many negatives.

“On balance, I think it has reduced it [social interaction]. 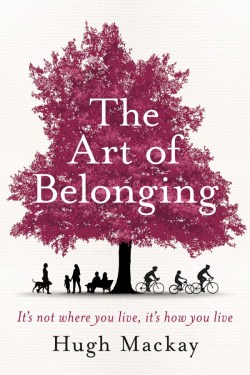 “The new technology is so seductive, convenient and brilliant that we fool ourselves into thinking that it is socialising. But I think that in the short term – and I do believe it’s a short-term thing – we are sacrificing face-to-face time.”

Because humans are naturally social creatures and herd animals, he believes technology will eventually be put “back in its place”.

“We won’t abandon it but we will begin to realise that when you communicate digitally there’s no tone of voice, rate of speech, facial expression, postures, gestures and ambiance, and all those things are a rich source of meaning when people are communicating face-to-face.

“We are often less courteous or more rude than we would be face-to-face and that’s not good.”

Although Mackay says he wanted Southwood to be a realistic vision of a modern suburb, with its inherent tensions and conflicts, some readers – especially those who aren’t actively engaged with their own local community – might consider it a somewhat idealised representation. If it is, it’s not a bad one to aspire to.

One concept in The Art of Belonging that will particularly resonate with Adelaideans following the recent bushfires is the way in which a crisis can motivate people to get to know and help their neighbours, ultimately strengthening communities.

“Adelaide is the most recent example in Australia and it was both appalling and wonderful because of the community response,” Mackay says, adding that the same thing occurred after the Queensland floods.

In his book, Mackay says it’s not because we’re born to be heroic, but “simply because we are social creatures”.

“We know – viscerally rather than cognitively – that we are connected to each other; part of each other; bound by our common humanity.”

Hugh Mackay will be speaking about his book with Caroline Baum at a session on March 1 at Adelaide Writers’ Week in the Pioneer Women’s Memorial Garden. The Art of Belonging, $32.99, is published by Pan Macmillan Australia.