A show that takes inspiration from the hedonistic New York nightclub Studio 54, stars legendary diva Marcia Hines and promises a wild trip to Boogie Wonderland – how could any disco devotee resist?

“It will be fun with a capital F,” director Craig Illott says of Velvet, which will have its world premiere at next month’s Adelaide Fringe.

“I think it’s going to be exciting. Don’t you get excited when you listen to disco music? It’s just such a feel-good sort of music.”

Velvet is set in a nightclub and has a subtle narrative centred on a young man (played by singer-songwriter Brendan Maclean, from The Great Gatsby) on a journey of self-discovery, with Hines as a kind of fairy-godmother figure.

While the disco diva and ARIA Hall of Fame inductee will no doubt be a drawcard, Illott says the show is very much an ensemble work rather than a star vehicle. 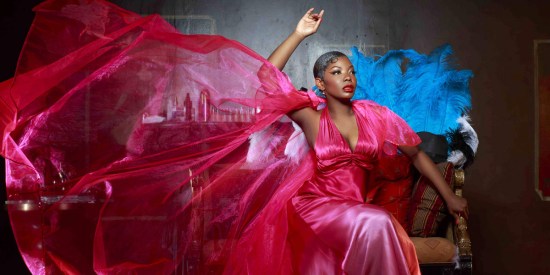 The result, promise the promoters, will be a nostalgic “dizzying trip through dangerous acts of abandon, dance and live vocals”.

But don’t expect flares, platforms and other ’70s attire. Illott says the producers didn’t want to create a “retro show”, so while Velvet is all about the disco, it is set in a contemporary nightclub.

The show takes its name from the velvet ropes behind which people queued to get into the popular Studio 54 in the late 1970s. Like many of the club’s patrons, the main character in Velvet is also looking for a moment of transcendence.

“Studio 54 was definitely an inspiration for me in starting the show,” Illott says.

“It was so famous for its wild parties and abandon … but it also seemed to be blind to any prejudice around colour or creed or sexual preference. It was a time of great personal freedom.”

Following Fringe, Velvet will have a season at the Sydney Opera House later in the year and is also expected to tour the international festival circuit. Illott says the large size of the Adelaide Fringe makes it an ideal place for premiering a new show.

So what is the enduring appeal of disco music, which can still be heard playing in homes, pubs and clubs around the world almost four decades after its heyday? Illott is not entirely sure, though he says his two-year-old daughter is proof that you didn’t have to be there the first time around to love those disco beats.

“When I play disco, whether it’s Daft Punk or Donna Summer, she only wants to hear that music. She just says: ‘Dancing music’. She can be in the car in her car seat and something comes on the radio and she says: ‘No! Dancing music!’.”

He did read a quote that the beat of disco is very close to that of the human heart, so maybe that’s the key.

“I don’t know what it is but it does keep coming back. … maybe it does go back to Studio 54 and the abandonment and freedom of that time. You just want to let go and dance.”

Velvet will be presented from February 13 until March 15 at The Vagabond in The Garden of Unearthly Delights as part of the Adelaide Fringe.