A powerful play recounting the forgotten story of Indigenous soldiers who served in World War I will be among the Australian highlights in the 2015 Adelaide Festival.

Black Diggers, hailed by critics as one of the standout shows at this year’s Sydney Festival, shares the experiences of Aboriginal and Torres Strait Islander men who volunteered to fight for their country but found themselves once again treated like second-class citizens when they returned home. 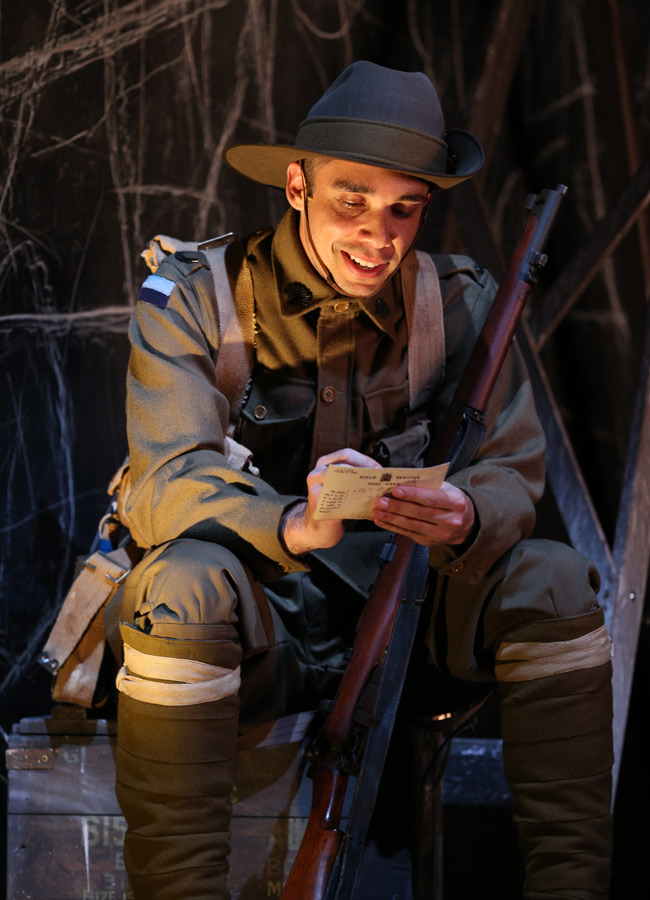 “When they served they were equals, but when they came back their colours were painted back on,” says cast member Guy Simon, who discovered during early rehearsals that his great-grandfather had been an ANZAC.

“A lot of the characters are based on actual characters and actual stories that happened.

“There’s a section where we read out letters and they are actual letters that were written by people over there. Just to know that we are telling people’s real stories … the gravity of the stories seems greater.”

Black Diggers will play at Her Majesty’s Theatre in March during the Adelaide Festival, which releases its full program at a launch event this evening.

The Queensland Theatre Company production has its origins in an idea from Sydney Festival director Lieven Bertels, who had been captivated by a memorial to a young South Australian Aboriginal soldier named Rufus Rigney at Flanders Fields, near Bertels’ home in Belgium.

Rigney had volunteered at just 16 – one of around 1000 Indigenous soldiers who tricked authorities to enlist at a time when they were not considered citizens of Australia and therefore not subject to conscription nor eligible to sign up.

Black Diggers director Wesley Enoch and writer Tom Wright carried out extensive research to create a series of 60 vignettes which are presented by an all-male, all-Indigenous cast. 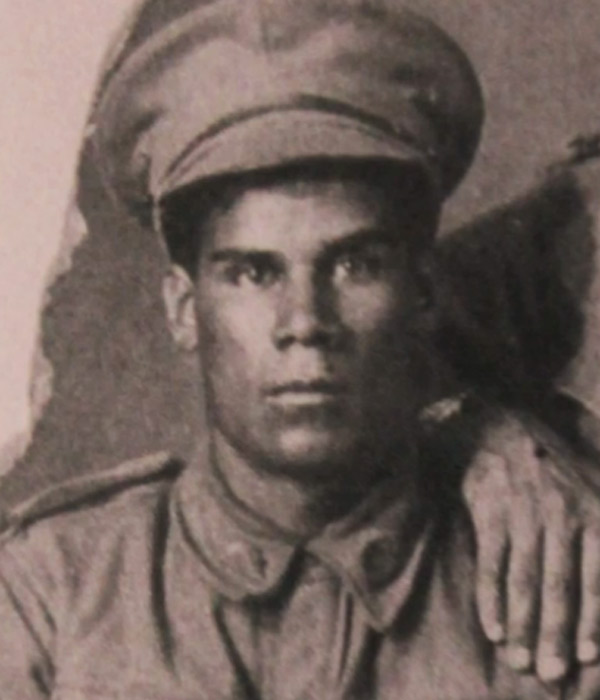 Simon, who has appeared in the ABC TV series Redfern Now and feature film Around the Block, says it was during a visit by a representative from the Australian War Memorial in the first week of rehearsals that he discovered his own personal connection to the ANZACS.

“He had a book and at the back were the names of some of the Diggers. I went to it looking for Simon and there was one Simon there and he was from Forster Tuncurry [in New South Wales], where my family is from.

“We looked up his records. His name was William ‘Nip’ Simon. The picture came up and he looks like my family – he looks like my dad and his brothers and sisters, and I thought he’s definitely got to be related to me. His father was George Simon and I knew he was my great-great-grandfather.”

Guy Simon rang his father, who conferred with his uncles and confirmed that “Nip” Simon was his great-grandad. Little is known about his service, except that he went to the Western front.

Director Enoch says some Indigenous soldiers who enlisted in WWI saw it as a chance to escape the discrimination, oppression and segregation they suffered at home. Joining the Australian Imperial Force (AIF) offered a sense of freedom and equality with their fellow soldiers – but when they came back to Australia, nothing had changed. The racism continued, and in some cases, Aboriginal ex-servicemen were denied the war pensions and land grants given to other ex-servicemen.

In the 100 years since, the experiences of the “black Diggers” have been largely overlooked or forgotten.

“For me, World War I was something that was quite distant because both of my grandparents served in World War II and we talked about that, but World War I seemed so far away,” says Simon.

“It’s been so interesting finding out about these men.”

Simon plays more than seven characters in Black Diggers, ranging from a mother who doesn’t want her son to join up to a Trinidad “ammo hauler” and a German prison guard. One of his key characters is an Aboriginal Digger called Archie, whose story is shared through letters sent home to his Aunty May, including one recounting how a friend committed suicide right in front of him.

But while elements of the production are sobering, there is also wit and whimsy in the way it is presented, with songs, games of I Spy in the trenches, and a script that highlights the humour of the Diggers.

The play has not only increased awareness of an important aspect of Indigenous history, it has also provided a springboard for Aboriginal families to talk about and share their own stories, says Simon. For him, the show has triggered a yearning to learn more about his personal history.

“It’s the first piece [of theatre] that I can kind of just say: ‘This is in my blood; this is my history’ … this truth is ingrained in you.”

Black Diggers will play at Her Majesty’s Theatre from March 10-14, 2015. See tomorrow’s InDaily for details of the full Adelaide Festival program being released tonight.