A showcase of music from Hollywood director Tim Burton’s films and a re-working of The Who’s 1969 rock opera Tommy will be among 22 Australian premieres at the 2015 Adelaide Festival.

The program unveiled on Thursday evening comprises 42 music, theatre, dance and visual arts events, beginning with a free party in Elder Park on February 27 featuring spectacular digital illuminations in what artistic director David Sefton describes as “the most ambitious public art event the Festival has ever presented”.

“It’s my response to all those, ‘Are you going to do Northern Lights again?’ questions,” he told InDaily, referring to the colourful illumination of North Terrace buildings that was part of previous festivals.

Titled Blinc, the event will see about 30 different digital art works – including large-scale projections and laser works – created by around 20 international artists and collectives. Ranging from a larger-than-life 3D elephant to faces projected on trees, they will be accompanied by music and effectively transform Elder Park and surrounding areas into an open-air gallery for the 17 days of the Festival.

Redevelopment works at the Adelaide Convention Centre means last year’s Lola’s Pergola festival club won’t return to the Torrens Riverbank; instead a Blinc Bar will be set up in the middle of Elder Park, with late-night DJ sessions in the Adelaide Festival Centre’s Piano Bar.

“I want to make each Festival different to the one before … it’s good to confound expectations,” Sefton says. 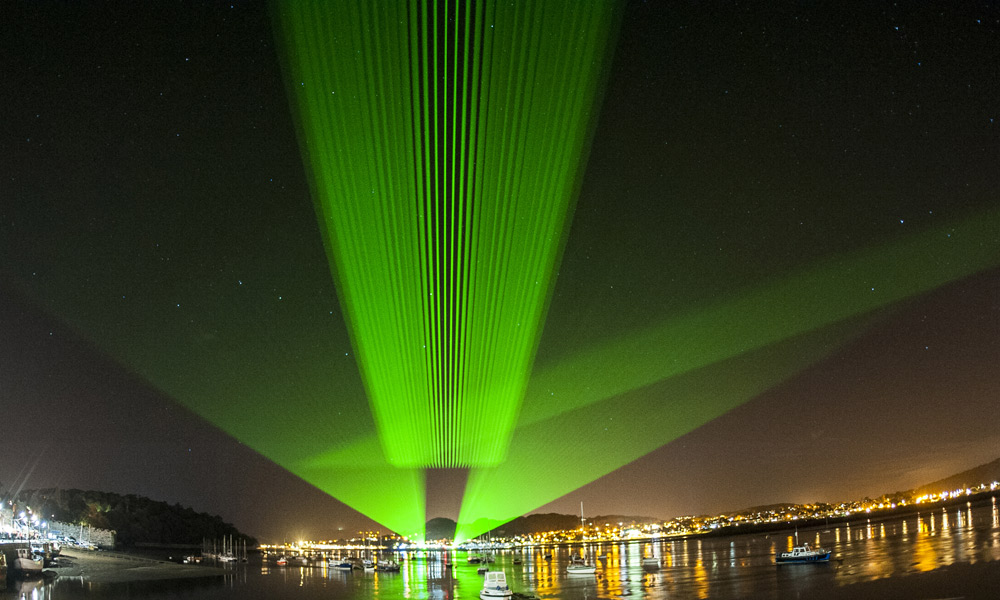 He expects one of the biggest ticketed shows will be Danny Elfman’s Music from the Films of Tim Burton. A one-off performance at the Adelaide Entertainment Centre, it will see Hollywood composer Danny Elfman’s scores for movies such as Batman, Edward Scissorhands and Beetlejuice performed by the Adelaide Symphony Orchestra and Adelaide Festival Chorus to a backdrop of screen projections of director Burton’s film illustrations. There will also be guest appearances by Elfman and Australian singer Bertie Blackman.

Exclusive to Adelaide will be a re-working of The Who’s 1969 rock opera Tommy, by composer Eric Mingus and producer Hal Willner.

“It turns out he [Mingus] has been in correspondence with Pete Townshend for 20 years about his passion for Tommy and wanting to do a different version of it,” Sefton says. “This is coming to us with Pete Townsend’s complete blessing and is actually the only thing that will be happening in Australia across the 50th anniversary of The Who, who will be here in 2016.

“This a kind of crazy jazz New York downtown reworking of Tommy.”

In his Festival program introduction, Sefton says the 2015 music line-up covers the “widest range imaginable” of classical and contemporary music. 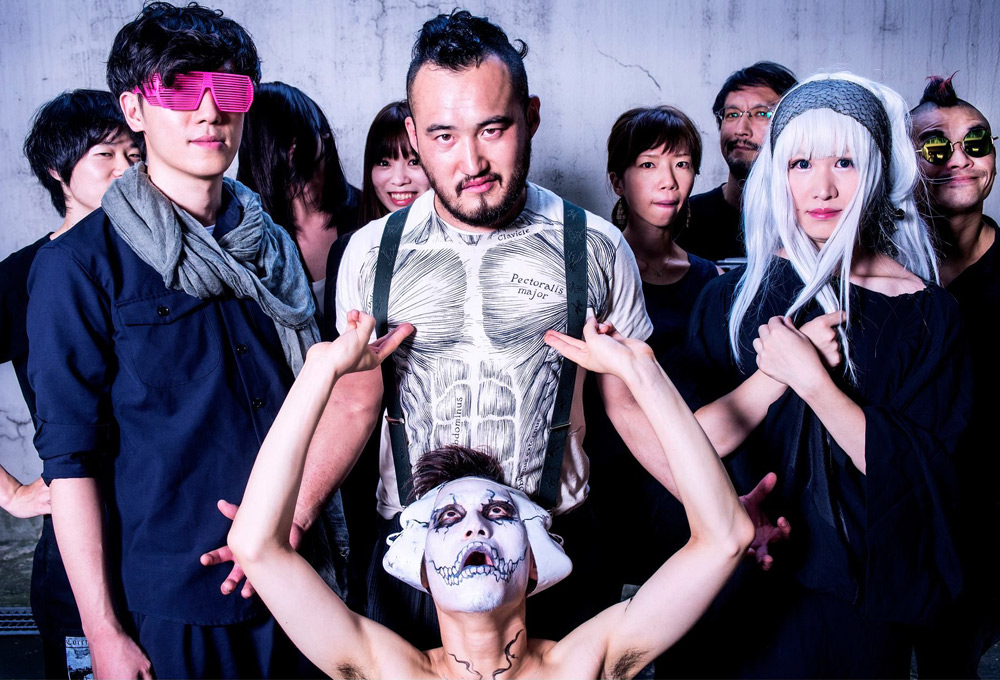 A second show inspired by cinematic scores is musical director Terry Edwards’ Blow the Bloody Doors Off!! which will take audiences on a nostalgia trip with music from Michael Caine films including Alfie, The Ipcress File, The Italian Job and Get Carter. It will be performed by an ensemble, with Phill Jupitus from pop quiz show Never Mind the Buzzcocks as MC.

Other music highlights include amusical telling of the life story of Afrobeat founder Fela Kuti; a series of shows by Festival composer-in-residence Gavin Bryars; a solo piano concert by South African musician Abdullah Ibrahim, and a show by Canada’s Tafelmusik Chamber Singers which will explore the music of Bach, Handel and Vivaldi through projected images of paintings and salons from historic European houses.

The Unsound Adelaide series of electronic and experimental music introduced by Sefton at his first Festival will return next year with what he says is the strongest line-up yet. The concerts will take place over three nights at the Freemasons Hall in North Terrace, featuring artists such as Model 500 and Vatican Shadow (US), The Bug (UK), and a collaboration between Australia’s Robin Fox and German artist Atom. 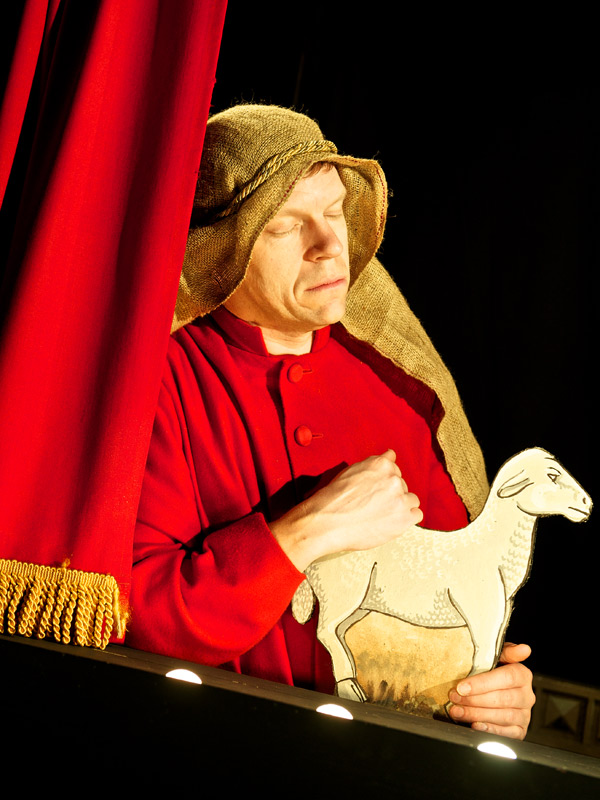 An eclectic and audacious collection of theatre offerings encompasses everything from children’s shows and works inspired by classic literature, to a provocative naked solo performance, an adults-only Beauty and the Beast, and an evangelical puppet show.

Innovative UK theatre company Stan’s Café’s The Cardinals, to be presented at Flinders Street Baptist Church, is about three cardinals who are seeking to spread the good word with a puppet show but find themselves “oddly devoid of puppets”.

There are several kids’ shows – a dark twist on Jack and the Beanstalk and a multi-disciplinary puppet show based on Canadian music producer and graphic novelist Kid Koala’s graphic novel Nufonia Must Fall – but Beauty and the Beast is not one of them.

Teaming UK director Phelim McDermott with American burlesque star Julie Atlas and disabled performer Mat Fraser, it is described in the Festival program as “the true love story of a beauty queen and a natural born freak”.

“The focus this year is very much on contemporary culture,” says Writers’ Week director Laura Kroetsch.

“It appears, as we inch into the 21st century, we are all worried about money and food and modern marriage and these worries are reflected in the stories that are being written.”

A full interactive program guide is available on the Adelaide Festival website.