Renowned composer Tan Dun’s 2014 OzAsia Festival work is inspired by the Chinese script of Nu Shu, believed to be the only solely female language in the world.

Described as a 13-movement micro-film symphony, Nu Shu: The Secret Songs of Women resulted from five years of research and incorporates footage shot in the small village in Hunan where women used the language to communicate with each other in ancient times.

Tan Dun composed new music interwoven with the stories of Nu Shu and chose the harp (which has a similar shape to the written characters) as the solo instrument for the piece, which will be performed in Adelaide by harpist Elizabeth Hainen and the Adelaide Symphony Orchestra.

“I think it’s like a spiritual offering,” says the composer, who was last here with Martial Arts Trilogy at the 2012 OzAsia Festival.

“I decided to create something much more associated with today’s technology and philosophy and today’s culture, but meanwhile, a creation also linked to saving a disappearing tradition.

“And actually as a modern composer and conductor, I have always believed the new creation comes up from something vanishing. It’s a spiritual cycle.”

Tan Dun, who is from Hunan himself, is eager not to see the language become extinct, saying there are now only a few women left who can sing, write and communicate in it. He is concerned that if it disappears, so, too, will the stories and songs of generations of women.

Scholars are divided over the origins of Nu Shu, although it is known it was used exclusively by women in Jiangyong County, a village in Hunan with a population of just 20,000 people. Some linguists and anthropologists believe it could be thousands of years old and linked to an ancient tribe, while others believe it may have been developed in feudal times as a response to women’s social isolation and exclusion from education.

Tan Dun, who describes Nu Shu characters as looking “like mosquitoes, like music notes flying on the wind”, sees it as a music language. 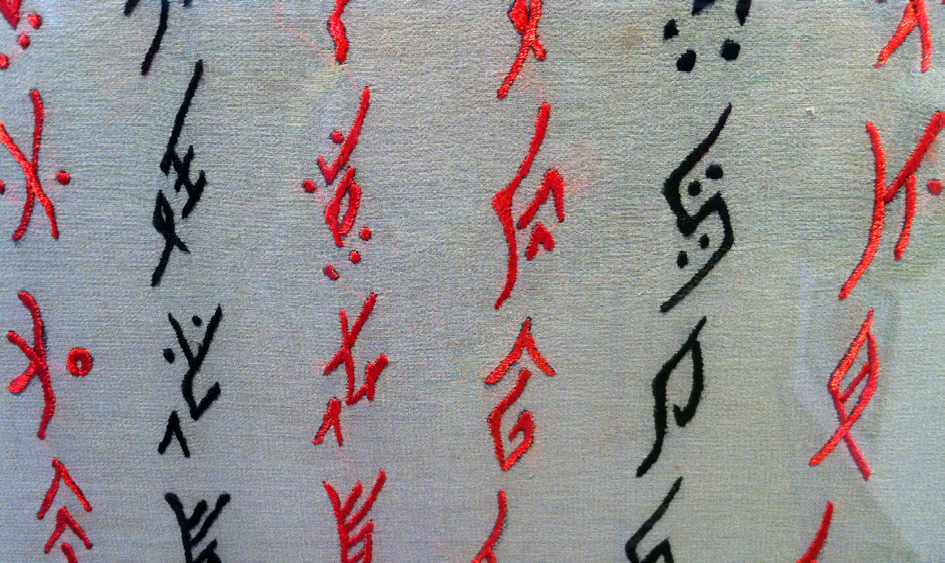 Women often shared messages written in Nu Shu along the folds of a secret fan or embroidered in cloth, as well as communicating the text through song. Stories were passed between mothers and daughters and sisters; Tan Dun says it was like the blueprint of a woman’s life, telling her how to be a daughter, wife and mother.

“This piece is a wonderful sound monument for those marvellous civilisations, but also for the mother.”

The composer, who says he has discovered similar women’s language traditions in South America and Japan, hopes that his symphonic work will ultimately help pass on the tradition of Nu Shu. He is passionate about his mission to “create a future from the past”, which is driven partly by what he describes as his blood link to Hunan.

“I feel my music creation somehow is not exotic, but much more spiritually linked to my mother, to my family and to my ancestors.”

The 2014 OzAsia Festival opens today. Nu Shu: The Secret Songs of Women will be performed with conductor Tan Dun, harpist Elizabeth Hainen and the Adelaide Symphony Orchestra at the Festival Theatre on September 27.