Director Wang Chong and his Beijing-based theatre company are determined to refresh China’s theatre scene with provocative works that push boundaries, both artistically and politically.

Ibsen in One Take, which will have its Australian premiere at next month’s OzAsia Festival in Adelaide, is an example of the experimental, cross-cultural multi-media productions for which Chong has become renowned.

Integrating characters and themes from the works of Norwegian playwright Henrik Ibsen, the Théâtre du Rêve Expérimental production is described as a movie filmed live on stage in a single take.

“As audience, you get to see both the dramatic action within the story, which is screened by video projection, while you also get to see below the big screen on the stage how the actors and crew create and shoot the ‘movie’ live,” Chong says.

“It is a double-layered performance.” 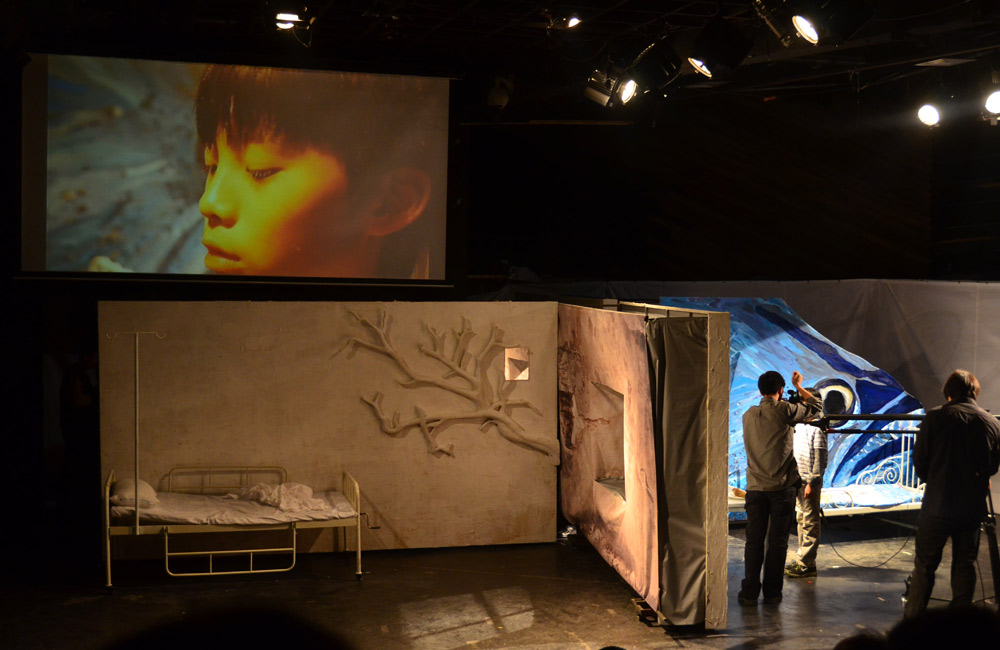 Ibsen in One Take would be considered avant garde even by Australian standards, but Chong tells InDaily this type of work is particularly unusual in China, where theatre is “primarily conservative and commercial”.

“That is why we are eager to refresh the theatre scene … In 2012 we started the Chinese New Wave Theater Movement. It becomes controversial and provocative, because we hit the point.

“China has become a new superpower economically. But it is a pity that Chinese theatre arts are still not very sophisticated.

“Chinese theatre can be much more than propaganda or entertainment.”

The director considers Ibsen one of the world’s greatest ever playwrights; he is also very influential in Chinese theatre. Chong and playwright Oda Fiskum were especially inspired by the psychological depth and complexity of Ibsen’s characters.

Ibsen in One Take  tells the “bittersweet story” of a man estranged from his friends and family by an abusive father, and is said to have themes that resonate in modern China.

“Broken marriage, for instance, is investigated in his [Ibsen’s] A Doll’s House,” Chong says.

“In our Ibsen in One Take, the dialogue becomes a divorce scene, in which the man, our central character, does not utter a word. This is our understanding of contemporary Chinese marriage.

“It is usual in China that the wife has so much to say, while the irresponsible husband refuses communication.”

Cong was named by The Beijing News as Experimental Artist of the Year in 2012, with his works having toured to acclaim throughout China and in countries such as Hong Kong, Japan, America, Canada, the United Kingdom and France.

“Australia is the eleventh country we tour,” he says. “I hope audiences there will see something really creative and alternative in us.”

Ibsen in One Take will play at the Space Theatre, Adelaide Festival Centre, on September 16 and 17 as part of the OzAsia Festival, which runs from September 3-20.