Described by the Australia Council as the country’s most esteemed peer-assessed award for an Indigenous artist, the Red Ochre comes with $50,000 in prize-money and will be presented tonight at the National Indigenous Arts Awards at the Sydney Opera House. Previous winners include actors David Gulpilil and Tom E Lewis and musicians Jimmy Little and Archie Roach.

“Mr Burton, a senior Pitjantjatjara man, started painting on canvas in October 2003 after a Men’s Painting Room was established to encourage men to tell and paint their stories,” Australia Council board director Lee-Ann Buckskin said

“Since this life-changing event, Mr Burton has revived ceremonies, and documented and recorded stories both north and south of Amata, including the area associated with Uluru.

“He paints the Creation Time story of the caterpillars, the Anumara, which tells a story about kinship groups.”

He is credited with helping drive the recent success of the Amata-based Tjala Arts Centre and helped establish the centre’s Kulata Tjuta Project. which presented a contemporary installation in the recent Adelaide Biennial of Australian Art at the Art Gallery of South Australia. 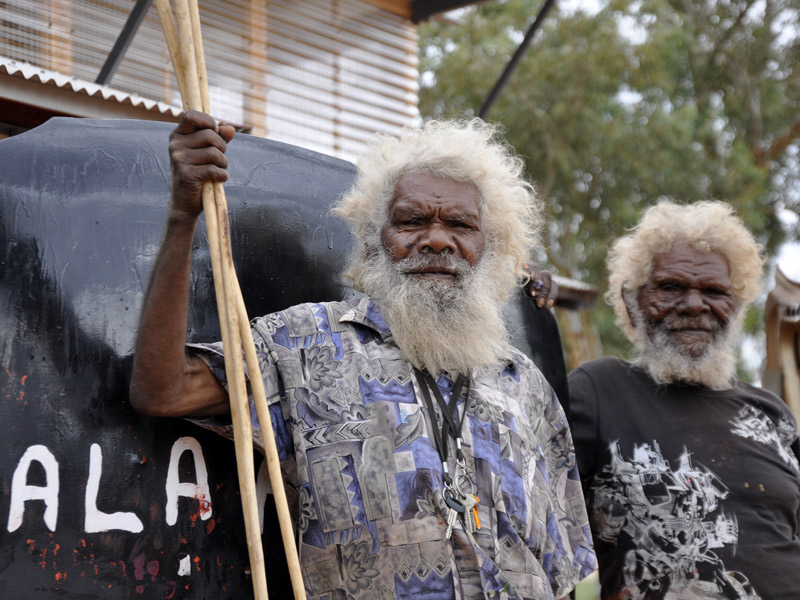 Buckskin said Arden, a former member of the Black Arm Band and guitarist for Archie Roach, would use his fellowship to develop and perform original songs with accompanying stories and images about five generations of his family. Willoughby, of the band No Fixed Address, will stage a series of concerts.

New South Wales artist Tyrone Sheather – who works in photography, film, projection art, paint, textiles and dance – will be awarded the $20,000 Dreaming Award, is which presented to a young artist to create a major body of work.