Goat Mountain, David Vann’s fourth book, launches the reader into the story with a sudden and catastrophic act of violence.

An 11-year-old boy is taken on a hunting trip on land that his family owns and traditionally hunts on each year. The group consists of the boy, hoping to shoot his first buck, his father, grandfather and the father’s friend, Tom. In the opening chapter a poacher is spotted on the land. The father, observing the poacher with the help of the magnifying sight on his rifle, hands the gun to his son to have a look.  The boy lines up the cross hairs on the intruder and then squeezes the trigger.

From this initial calamity, the story spirals swiftly into a harrowing disintegration of relationships alongside an in-depth exploration of human violence and the urge to kill.  The rest of the novel charts the fall-out from the boy’s seemingly thoughtless and instinctive action – what is done with the body, the consequences for the group’s relationships, and their reactions when a human is killed in much the same way that they, as hunters, would kill a wild animal. 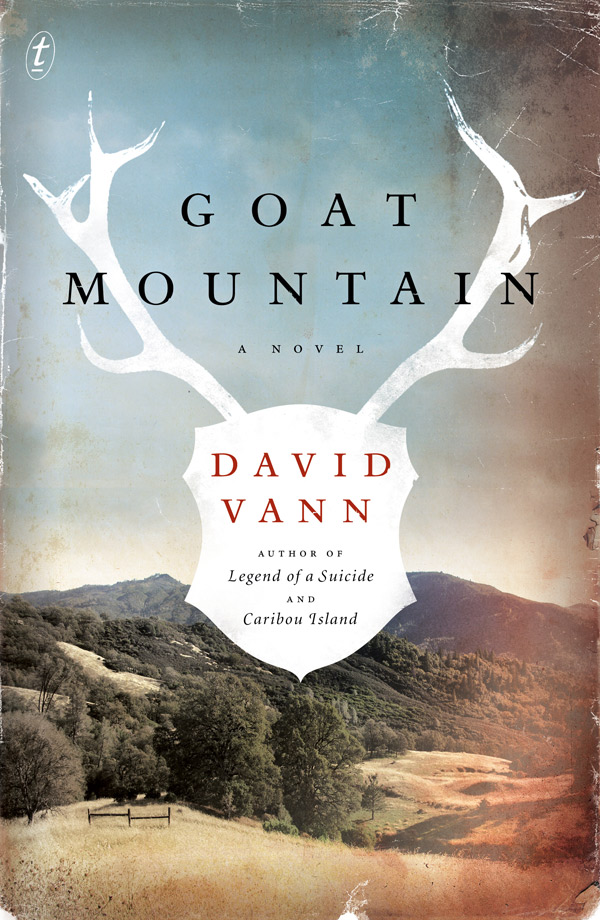 This is a stark and desolate novel, from the description of the dry northern Californian wilderness to the claustrophobic intensity of the plot. The story is narrated by the character of the boy, but from the distance of his enigmatic adulthood of which very little is revealed.  A similar level of mystery surrounds the lives of the other characters.  The reader learns nothing of them beyond the confines of the hunting trip.  We do not even learn their names.  All the reader has is restricted to the narrator’s memory of this trip and his ruminations on it.

Vann’s writing is renowned for its exploration of the various kinds of darkness residing deep within human nature and this novel does not disappoint in this regard.  With an unflinching eye and a pared-down style reminiscent of Hemingway, the author delves into the mechanics of the hunt. The scene in which the boy kills his first buck is as detailed a description of an act of violence as you are likely to find in literature.

As a reader with a relatively weak stomach for violence, I found this novel difficult.  Yet I persevered, as it was clear from the detail and depth of insight that Vann is not only an experienced hunter, he is also someone so fascinated by the origins of the impulse to kill that he has analysed it at length.

Vann spares us nothing in his meticulous description and analysis of how it feels and what it means to kill.  The fearlessness in both the realism of his style and the exploration of what he sees as humanity’s instinctive need to kill makes this novel a compulsive read.  Regardless of whether or not I agreed with the deliberations of author, I was hooked.

This is a cleverly wrought novel, which I felt at times strayed almost into the perverse.  Yet despite the challenges of its themes, Vann is clearly a writer of great artistry and I’ll definitely be seeking him out at Adelaide Writers’ Week.

David Vann will be a guest at Adelaide Writers’ Week, participating in two free sessions at the Pioneer Women’s Memorial Gardens: True Grit, with DW Wilson, on March 1, and Goat Mountain on March 4.