1914 began more peacefully than any other year in the previous decade, but before summer’s end, European politicians and military commanders had collectively “manufactured” the war to end all wars.

Germany, Russia and Austria-Hungary went willingly to war, while France and Britain accepted it with smug acquiescence. A few powerful, old, aristocratic men brought war on the world. These privileged few would decide how and when the world would descend into hell and they sent millions to the trenches. 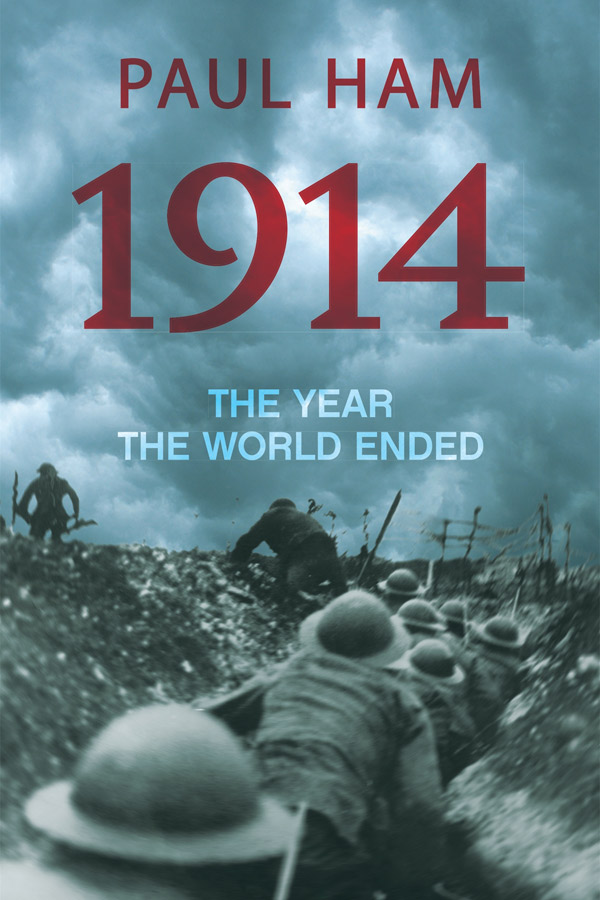 In 1914: the Year the World Ended, author Paul Ham argues that the Great War was an avoidable, unnecessary exercise in collective stupidity and callousness which not only terminated lives but ended a way of seeing the world and set in train a century of further bloodshed.

Few who read this new perspective will doubt that the author’s reassessment is an essential step towards the definitive truth about why the war happened, how it could happen, and just who was responsible.

The military historian can often only hope to add truthfulness, and to correct inaccuracies of previously held beliefs concerning an event. This brilliant reappraisal describes in full the circumstances that led to World War I; it also presents a rational narration of the military and political course of events during arguably the most momentous year in human history.

From the very first moment, 1914 re-creates the climate of the period with efficacy, thoroughness, accuracy and lucidity. It is a magnificent book.

Author Paul Ham will be a guest at Adelaide Writers’ Week, which runs from March 1-6. He will take part in a ticketed event at Elder Hall on March 4 alongside fellow historians Margaret MacMillan and Sean McMeekin, as well as a free session in the Pioneer Women’s Memorial Garden on March 6.