Dance, food and wine fests, summer flicks, cycling, and a cool change on the horizon – there’s plenty of reasons to venture out this weekend.

Salt is the title of a new work by this award-winning Adelaide company for disabled and non-disabled dancers which opened this week at Norwood’s Odeon Theatre. The production, featuring four dancers and music by DJ TR!P, is described as “an exploration of worth, value and commodity, not just in terms of material goods, but also in self-esteem and societal values”. Directed by Rob Tannion, performances will run until January 25.

An air-conditioned cinema is certainly appealing when the mercury rises, and the Mercury Cinema’s Summer Scoops offers something a little different from the offerings of many bigger cinemas. The program of 11 films launched this week, with weekend screenings including Blackfish, a documentary about killer whales at a Florida theme park (see InDaily review); Battle of the Sexes, which charts the lead-up to the famous tennis challenge between Billie Jean King and Bobby Riggs (review), and German “black, slacker comedy” Oh Boy.

More than 37 events – from casual picnics to degustation dinners – will take place during Crush in the Adelaide Hills this weekend. The main focus is on food and wine, but many venues also offer games, live music, art and fashion events. A couple that grabbed our attention are Robert Johnson Vineyards (Lobethal), which is kicking off early with a performance tonight (Friday) by The Audreys;  Nepenthe (Balhannah), which is hosting a Parisian picnic with “music, mime and macroons”; and Murdoch Hill (Oakbank), which is serving up South American street food alongside a designer market. Crush details are online. 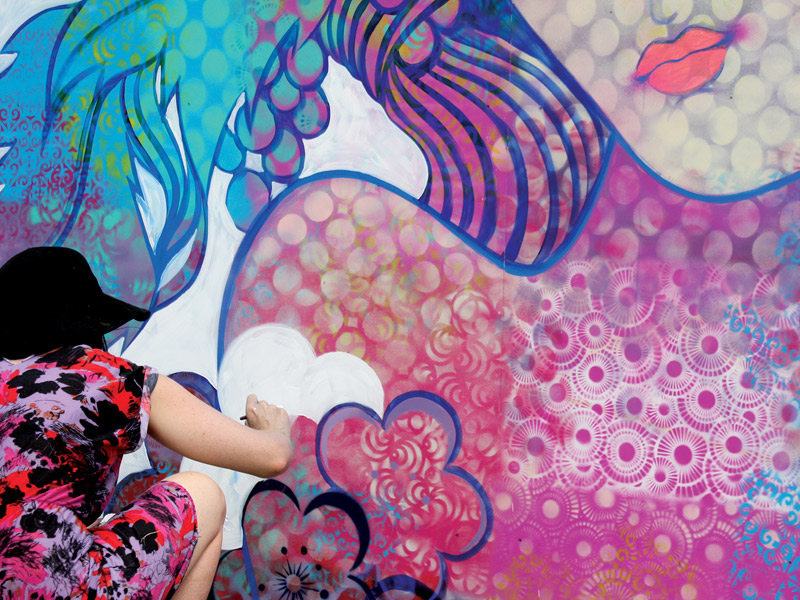 Part of the Crush festival, this event at Longview Vineyard on Sunday will see four street artists working to create 2m x 4m murals made up of stencils, tags, and paste-ups. The winning mural – to be judged by both experts and the members of the public who turn up to watch – will end up on the front label of Longview’s “The Piece” Shiraz. The Piece Project will take place between noon and 7pm at the vineyard in Macclesfield, with a DJ spinning tunes, an American-style barbecue, and wine and cider available.

Described by organisers as an “epicurean extravaganza”, this annual festival showcases the region’s food, wine, music and arts. Celebrations begin at the McLaren Vale Oval from 10am on Saturday, with food and wine stalls and master-classes, live music, wine auctions, celebrity spaghetti-eating and wine-spitting challenges, and cooking demos by chef Cheong Liew. Full program is online.

Fancy flamenco footwork will turn up the heat at the Adelaide Festival Centre’s Space Theatre on Saturday night, with a performance by Adelaide’s Flamenco Areti. The group also promises vibrant guitar and stirring songs, with special guests Tomás Arroquero and Rosalie Cocchiaro. The gig begins at 8pm and is part of the Sessions series of live music events. 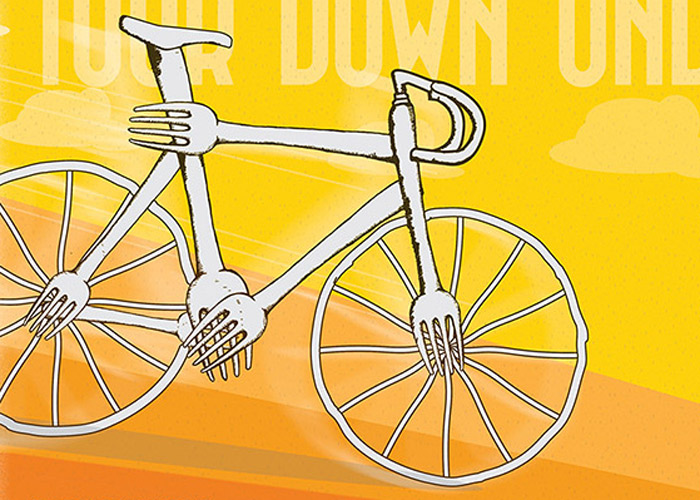 Fork on the Road poster artwork

Running alongside the Santos Tour Down Under is a program of celebrations which begins on Saturday with the presentation of the cycling teams and an opening-night concert featuring The Potbelleez at the Adelaide City Council Tour Village in Victoria Square. Sunday’s events include the Santos World Cup, Skoda Tour Parade, Women’s Cup, People’s Choice Classic and an Undies Run. Fork on the Road is getting in on the action, with a gathering of mobile food vendors on the banks of the Torrens opposite the Oval from noon-8.30pm on Sunday.

Sunday Sessions on the Riverbank

This new weekly mini food-fest at Blue Hive on the Adelaide Riverbank begins on Sunday, with chef Chung Jae Lee creating a giant bibimbap – a signature Korean rice dish. There will also be a pop-up bar serving local wine, beer and cider, plus DJ music. The Sunday Sessions, brainchild of the Adelaide Food and Wine Festival, will continue throughout January and February, with the full program online.