If reminiscing about the drive-in leaves you all starry-eyed, head to the Adelaide Showground on Saturday (October 12) for a one-off Adelaide Film Festival drive-in double-bill event featuring the 1978 musical Grease and the remake of Australian horror film Patrick. The Film Festival runs for 11 days, with a new program addition this year including the Festival Club at Little Miss Mexico and Little Miss Miami, where there will be forums, interactive activities and “webnative” screenings that combine storytelling with new media technologies.

Still talking all things big screen, this international film festival for kids at the Adelaide Festival Centre’s Space Theatre is showcasing 38 films from 15 countries – from Ireland to Israel, Singapore to South Africa. Geared towards those aged from two to 15, it continues throughout Friday and Saturday, with session details available online. 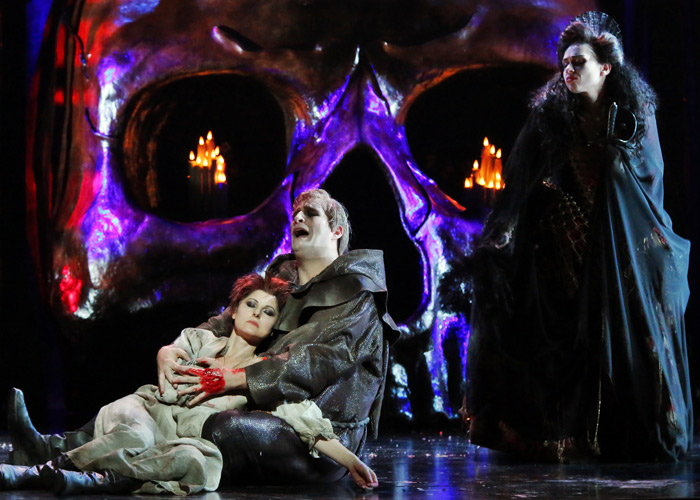 Verdi’s tale of revenge, La Forza del Destino (The Force of Destiny), is being presented by the State Opera of SA in a production conducted by Andrea Licata and timed to coincide with the bicentenary of the composer’s birth. Described as a feast for the eyes and ears, full of “beautiful arias, heart-wrenching duets and some of the most dramatic music Verdi ever wrote”, the production opens at the Festival Theatre tomorrow night (October 12) and runs until October 19.

With live music, colourful costumes and backdrops, impressive acrobats/dancers/riders and more horses than a racecourse, this lavish production from Canada seems to generate glowing write-ups and an impressive amount of hype wherever it’s performed. Adelaide is no different, with InDaily’s review describing it as imaginative and exhilarating. Cavalia opened under the Big White Top on West Beach Road this week and will stay for a six-week season.

Created by multiple AFI and Logie winner John Doyle (better known by some as Rampaging Roy Slaven), this new play stars Paul Blackwell stars as Vere, a respected physics professor on the verge of retirement whose world is shattered by a shocking diagnosis. Co-produced by Sydney Theatre Company and the State Theatre Company of SA, Vere premieres at the Dunstan Playhouse this weekend and will run until November 2.

Adelaide alt-folk/jazz/acoustic-pop band The Baker Suite are playing a gig on Sunday night at The Wheatsheaf in Thebarton to kick off an Australian tour promoting their new album, released on Friday. Your Dreaming Self features songs exploring life, love and “a special relationship with nature”, and was heavily influenced by singer-songwriter John Baker’s experiences in the central desert. 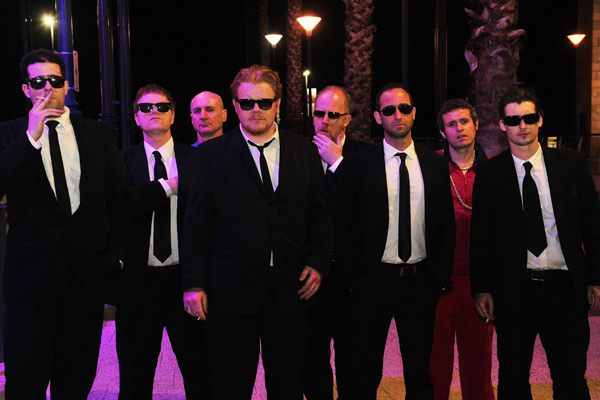 Who let the dogs out? Matt Byrne did. The theatre producer has adapted Quentin Tarantino’s 1992 cult thriller for a stage production he says has all the film-maker’s hallmark themes: “violent crime, pop culture references, colourful language, even more colorful characters, and a non-linear storyline”. Reservoir Dogs is at Holden Street Theatres until October 26.

The art deco setting of the Capri Theatre will be the backdrop for a night of music by Etypejazz that will take you from Bacharach to The Beatles. The show opens at 7.30pm with a performance by The Woodville High School Stage Band, before the five-piece jazz outfit takes to the stage with songs such as “Moon River”, “This Can’t Be Love” and “Here There and Everywhere”.

Fork on the Road

The mobile food fest returns to Hindmarsh Square on Sunday (October 13) from noon to 7pm, with more than 30 vendors plus SA wine, beer, cocktails and live music. The event will coincide with a farewell street parade by the solar electric cars from the Bridgestone World Solar Challenge.

Holy Day, a chilling mystery about the apparent murder of a missionary in Australia in the 1950s, is being presented by the University of Adelaide Theatre Guild at the Little Theatre until October 19. The guild says playwright Andrew Bovell (When the Rain Stops Falling and Speaking in Tongues) “taps into some of the most damning historical aspects of Australian history”. Read InDaily’s review.

The Lady in the Van

Stirling Players’ new play The Lady in the Van tells of playwright Alan Bennett’s experience with an eccentric elderly woman who parked her van in his London garden and ended up staying there for 15 years. It is playing until October 19 in the historic Stirling Community Theatre. Read InDaily’s review.