A six-hour political drama that rolls three Shakespearean plays into one and encourages the audience to move about the theatre and sit on stage mid-performance will have its Australian premiere at next year’s Adelaide Festival.

Roman Tragedies is performed in Dutch with English surtitles and has no fixed intermission – but refreshments are available during the performance. Audience members can even comment online during the multi-media show, which uses multiple video screens and combines Shakespeare’s Coriolanus, Julius Caesar, and Antony & Cleopatra.

In announcing the show this afternoon, Adelaide Festival artistic director David Sefton described it as an epic which would be remembered as a festival highlight for years to come.

“Roman Tragedies is one of the best theatre shows of the last decade; an immersive contemporary retelling of Shakespeare for the 24-hour news generation.”

Dutch contemporary theatre company Toneelgroep Amsterdam has been touring the show internationally since 2007. In a 2009 review, London’s Guardian newspaper said that while it might sound like a penance, it was, in fact, “an exhilarating pleasure”.  The Independent’s reviewer described it as “astonishing and brilliantly staged”, adding: “You could stay on stage and read a newspaper, check your emails, or go back to your unreserved seat”. 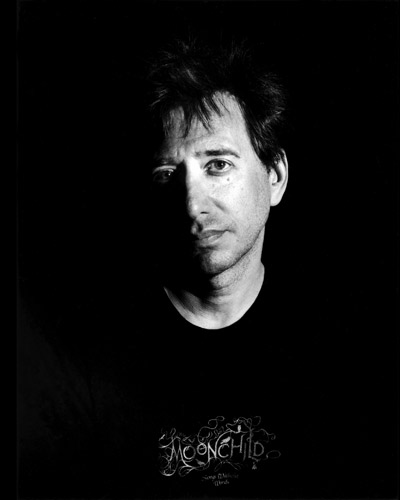 Sefton, who will present his second Adelaide Festival program in 2014, also announced that American avant-garde/experimental musician John Zorn (left) will perform a series of six concerts during the festival.

The concerts will feature some of Zorn’s closest collaborators from the US, as well as the Adelaide Symphony Orchestra and Australia’s Elision Ensemble, in performances that incorporate classical compositions, rock, a cappella and Brazilian percussion. The first concert, Masada Marathon, will involve 11 groups performing music from the artist’s Masada Jewish music project.

The Zorn concerts will take place in the Festival Theatre from March 11-15, 2014, while Roman Tragedies will be performed in the same theatre from February 28-March 2.

The full Adelaide Festival program will be announced on October 29.