The 60,000-hectare (150,000 acre) Nilpena property is located 600 km north of Adelaide and is situated west of Blackfellows Creek.

The expansion will make Nilpena the new home of the world-renowned Ediacaran fossils which provides an understanding of the early evolution of complex life on earth. Since the first fossil imprints were found in the area in 1946, palaeontologists and other researchers have been able to excavate a series of 40 fossiliferous beds that preserve snapshots of the seafloor when animal life originally unfolded around 550 million years ago.

The area is the only place on Earth where this has occurred for fossils of any age.

Nilpena fossil beds preserve marine communities with scores of species. They include evidence of animals and the earliest movement and sexual reproduction.

The site is located on the edge of the 540-million-year-old Flinders Ranges, one of the oldest landscapes on earth.

NASA has invested research into the Flinders Ranges facility for an insight into how animal life has evolved on the planet and how life could develop on other planets.

Shearers’ quarters, a blacksmith’s shop and a woolshed on the old Nilpena will be developed as research and visitor facilities, and an immersive interpretive centre. 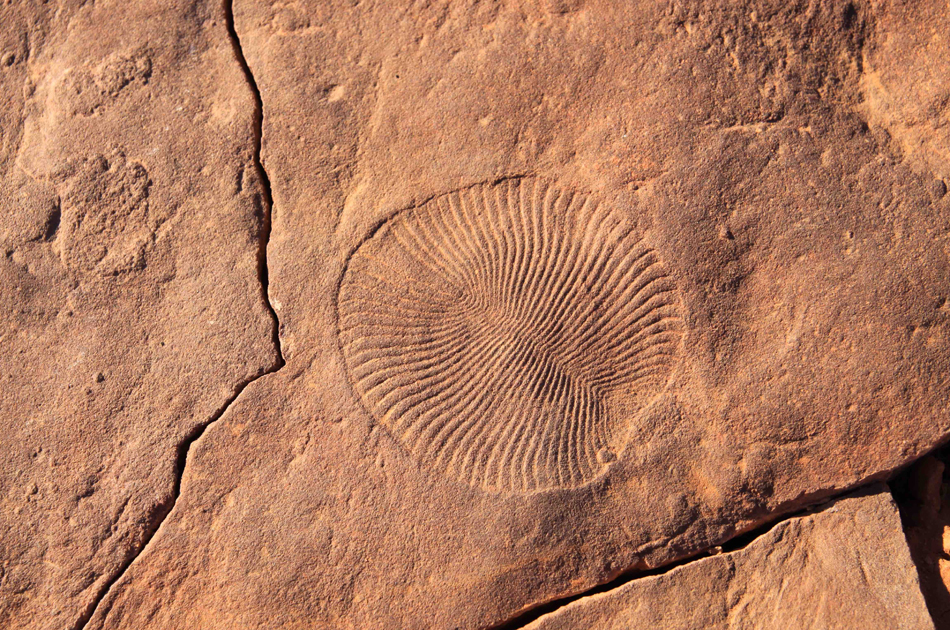 South Australian Minister for Environment and Water David Speirs said the new national park is a major part of the South Australian government’s push to have the Flinders Ranges become World Heritage listed.

“The fossil site at Nilpena – arguably the richest and most intact fossil site in the world – is an internationally significant paleontological and geological research site,” Minister Speirs said.

The government signed a historic agreement with four other groups to conserve South Australia’s Ediacaran fossils in the Flinders Ranges.

“This agreement saw the South Australian Government partner with the Flinders Ranges Ediacara Foundation, the Nature Conservancy, the Wyss Foundation and the Foundation for National Parks and Wildlife to purchase 60,000 hectares of Nilpena Station with this land being added to the existing Ediacara Conservation Park to form the new national park, ” he said.

Dr James Fitzsimons, Director of Conservation and Science for The Nature Conservancy Australia said the protection of the former pastoral property is a great achievement for conservation in South Australia.

“The property is of high conservation value in outback South Australia, and includes two threatened ecological communities and a number of threatened species. Most critically, it covers extremely important sites that contain the oldest fossilised animals on Earth,” he said.

In 2019, The Nature Conservancy Australia facilitated the purchase of the property and its transfer to the South Australian Government, with funding provided by the Wyss Campaign for Nature.

Dr Fitzsimons said that earlier in the month, by joining the High Ambition Coalition for Nature and People, the Australian Government committed to dedicating 30 per cent of the planet’s lands, freshwaters and oceans to nature conservation by 2030. The target is likely to form a key plank in new biodiversity conservation targets to be negotiated later this year in China, as part of the Convention on Biological Diversity.

“A strong commitment is paramount to tackle the growing loss of ecosystems and species and preserve the critical role they play in carbon storage, water quality and food provision,” said Dr Fitzsimons.

“Under the previous Convention on Biological Diversity, Australia has expanded its network of protected areas across public, private and Indigenous lands in a short amount of time and in a science-based manner. The proclamation of the Nilpena Ediacara National Park is a great example of one of the ways to do so.

“Now that the world needs to commit more to protect biodiversity at a time where it is under immense pressure, Australia has an important role to play. Not only can our past achievements help other countries as they strive for 30×30, but we should also use our unique position to lead by example by now committing to proactive funding and policies to achieving the target.”