Dog Fence Rebuild manager Lindell Andrews has been scrutinising the results to pinpoint damage to the fence and find the most challenging outback terrain such as creek bed openings or limestone and sand drifts.

“A lot of the fence is about 100 years old and it is suffering from age, and also increased pressure from animals pushing against the fence with the drought as they try and move south in search of water,” Andrews said.

“I’ve been using the images to help guide me in what materials are currently being used, the conditions and what might be working. Photographs have been pulled from footage recorded by Dog Fence Rebuild Committee members when they travelled along its entire 5,400km length from the Great Australian Bight to the Darling Downs last year.

The route and all the images are available by downloading the Dog Fence file and then opening it in Google Earth.

Andrews, who works with the state’s Primary Industries and Regions department, said the $25 million project would fix 1,600km of fence.

“The virtual imagery was originally taken by video with a photo clipped out every two minutes along the entire length of the fence,” Andrews said.

“The dog fence committee drove its entire length using a dash cam so we have a good record to come back to and we can see what it looks like and, as a group, it helped determine the priorities.” 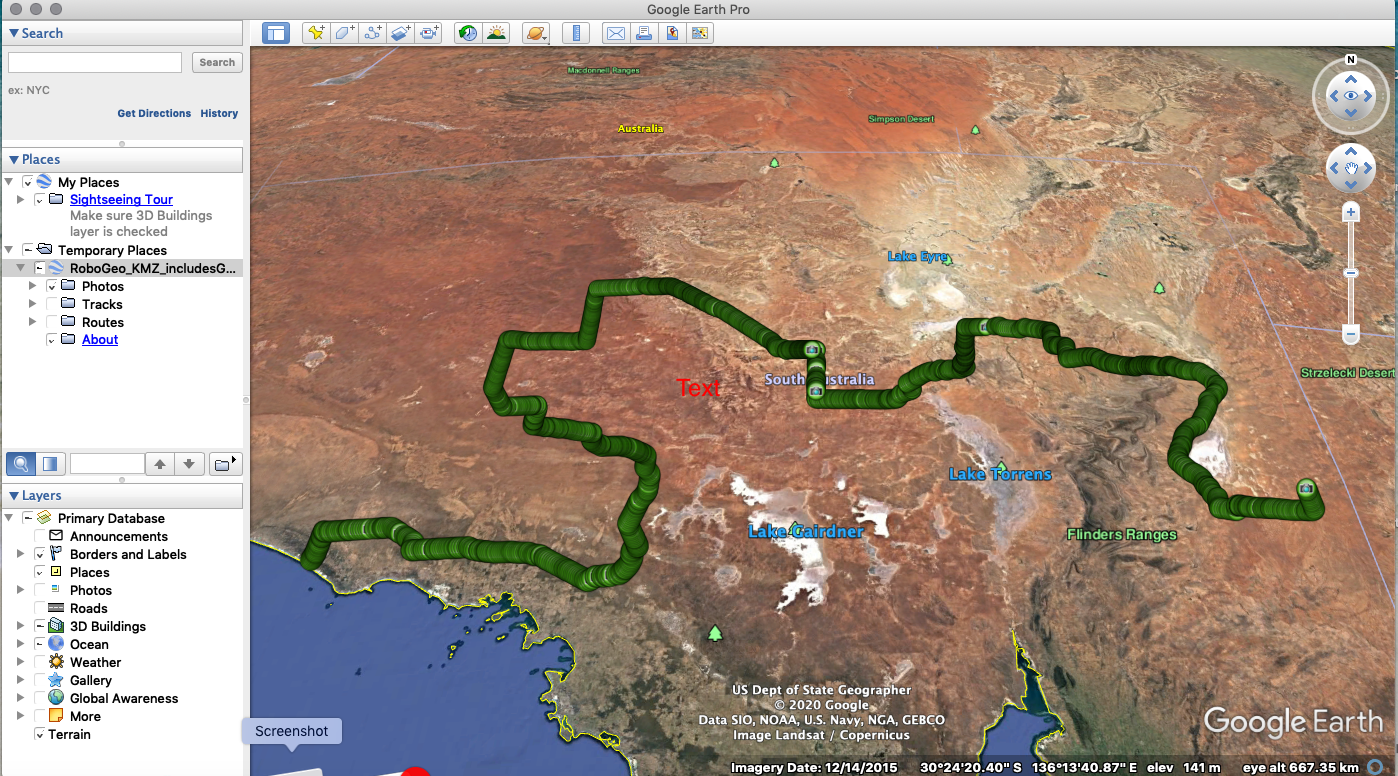 All 1781 photographs of the dog fence in South Australia are available through a file that works on Google Earth.

Wild dogs including native dingoes, hybrids and wild domestic dogs have swelled in numbers after breeching the fence line, with farmers dealing with dogs attacking and killing sheep in the state’s north.

South Australia’s sheep industry employs about 15,000 people and the fence rebuild is expected to help reduce wild dog management costs for pastoralists and generate $113 million in benefits over 20 years.

Andrews said work was on track to start next month and updated pictures would be added to the online virtual tool as sections were replaced.

At the moment, the fence was under increasing pressure from dogs, kangaroos and wombats digging under the fence while feral camels weighting up to 600 kg, along with emus or donkeys, leaned against the structure to break through.

Sand drift in some areas can build up against the fence and lower its height, meaning animals could get through to valuable farmland on its southern side.

“It also adds extra corrosive material against the fence weakening it, and we have to work to move the sand away and to add a clay top to nearby surfaces to stop the drift,” Andrews said.

It was also important to use footing or lap mesh at the fence’s base in some areas to stop dogs, kangaroos or wombats from digging under its base.

Images are also helping formulate plans to use wooden posts instead of steel in particularly saline areas where the salt can damage posts.

Fence builders and suppliers have been announced for the five-year project to rebuild the entire fence.

Local dog fence boards currently have contractors patrolling the fence every 14 days to undertake repairs and destroy dogs, using funds from local landowners and a levy paid on all sheep sold in South Australia and sate and federal government funding.

Its rebuild was expected to help pastoralists, industry groups, governments and other stakeholders to virtually eradicate wild dogs from South Australia’s sheep farming regions within 10 years.