Sunny Hill Distillery owners Sam and Olivia Colliver use wheat grown on the Arthurton property to produce the vodka and soon-to-be-released gin base, taking inspiration from the popular saying ‘from paddock to plate.’

“While most distillers purchase their base alcohol, we make all our base spirits from scratch using raw wheat from our farm,” says Sam.

The home-grown ethos rings true, with the wheat smashed, fermented and distilled before being bottled and labelled on site. It’s a laborious process, but one Sam believes is worth the high-quality drink it produces.

The soon-to-be released gin will feature botanicals including juniper, angelica root, lotus root and lemon myrtle. While wine, beer and cider lovers can also get their hands on a number of SA beverages in the distillery’s tasting room.

A former all-grain beer brewer, Sam was invigorated to open Sunny Hill after touring a number of distilleries throughout Europe with wife Olivia. 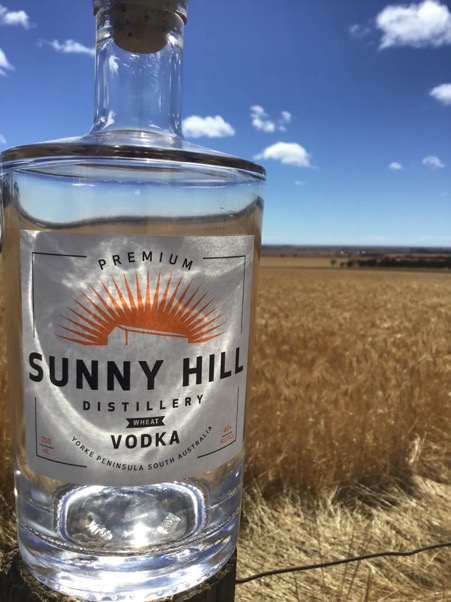 The two soon began preparations for the distillery on Sunny Hill Farm, a historic homestead that has been in the Colliver family since 1872.

The couple spent just under a year renovating an old machinery shed to serve as the distillery’s tasting room, which has seen a consistent stream of visitors since opening in December 2018.

“The hardest part was the unknown and not knowing how much traffic we’d get, but the first six weeks have been quite positive,” Sam says.

“I think the locals wanted somewhere different to go and we’re offering an experience you can’t get anywhere else on the [Yorke] Peninsula.” 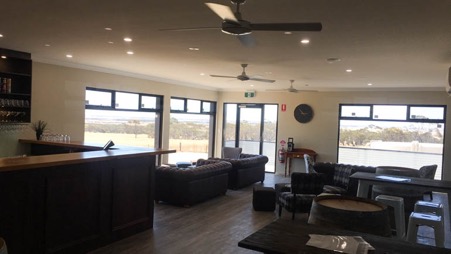 Once a machinery shed, now a room to enjoy SA made drinks!

The distilling team isn’t ready to relax just yet though – plans are already underway to create a range of flavoured vodka and Sam is hopeful to begin whiskey and rum production later in the year.

Yorke Peninsula farmers may also be able to take home a bottle of whiskey made from their own grain, under a barrel investment idea presented by Sunny Hill Distillery.

The room where it all comes together

“We’ll take their grain, malt it, process it and put it in a barrel to age it,” Sam says.

“A lot of farmers don’t get to see the end product of their grain, and it’s something that can be very personal, so we’d like to offer that to the locals.”