Joint owner Charles Primer says LC Aerial found its niche market in the state’s South East seven years ago, when he and Linley Pollard decided to fine tune their photography skills with the help of drone technology.

The two had been specialising in photographing products for businesses wanting images to sell online when the idea emerged.

“We needed something to differentiate ourselves, if you look in the phonebook for a photographer there are hundreds to choose from,” Charles says from their Mt Gambier office.

“I had been flying remote control helicopters for years as a hobby and one day we thought let’s put a GoPro action camera on this helicopter and see what happens.”

They liked the result, applied for the correct certifications and found themselves specialising in low altitude aerial photography.

It’s been a rapid learning curve for the business considering that only a few years ago if clients wanted aerial photographs or footage they would need to hire a helicopter and a professional photographer.

In the early days, Charles and Linley made their own drones but now they can buy off the shelf and currently have 11 drones, or Unmanned Aerial Vehicles, of various sizes in operation. 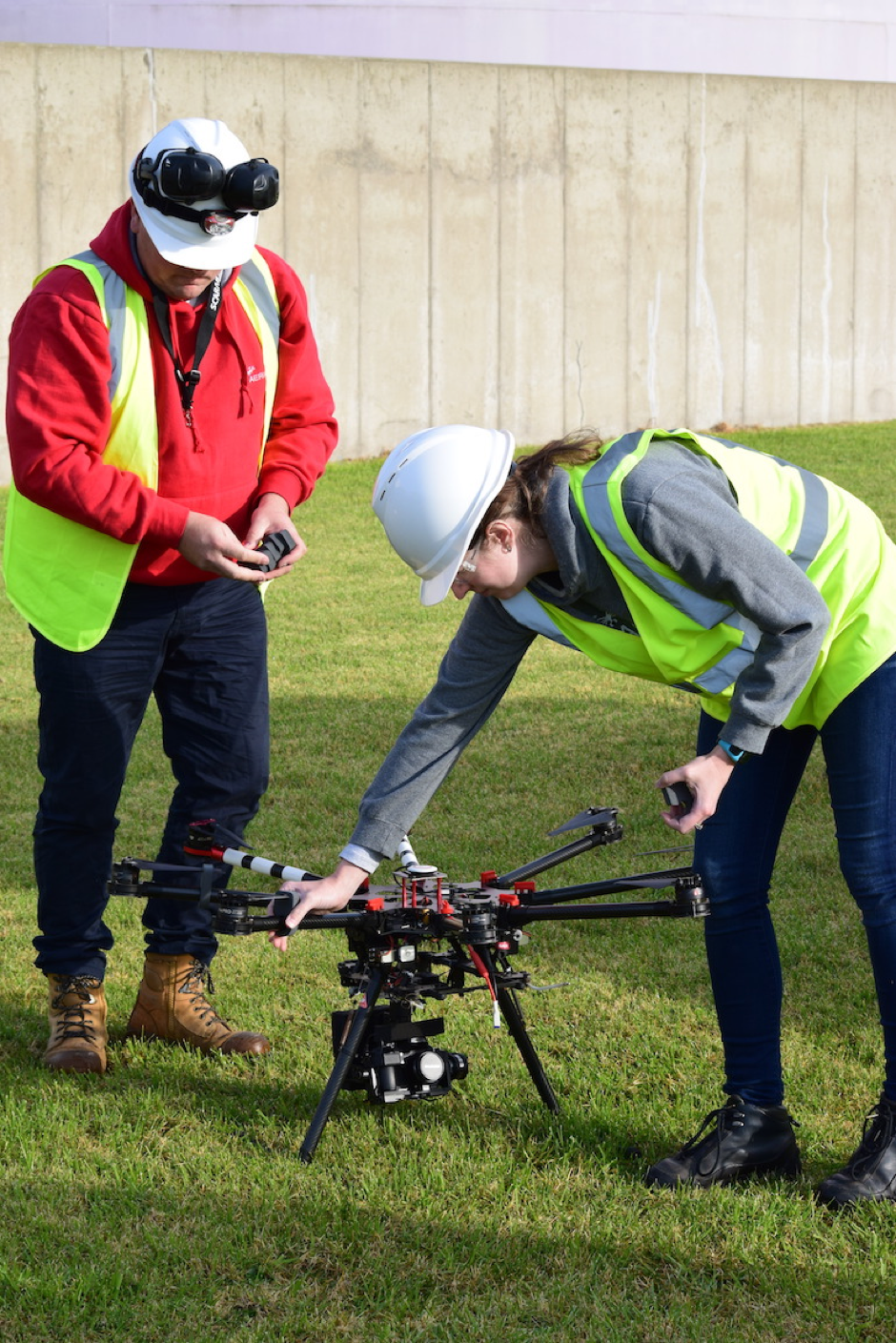 A drone is fitted with a camera, ready to capture aerial footage and photographs.

One recent job for National Geographic involved filming the Blue Lake and other extinct volcanic craters in the region while other contracts for local councils saw the company using its drones to assess water towers, warehouses or bridges for building works.

Charles says the smaller drones have been used for a sawmill owner to take numerous images of sawdust piles so they can determine volumes. The larger drones can be fitted with infrared, thermal or cinematic quality cameras that can weigh from five to seven kilograms.

Contracts have continued to flow for the business but as Charles chats now, the work is all happening in editing indoors as wind gusts in the South East reach up to 40mph and rain makes it difficult to use cameras.

He believes drone technology would continue to refine weather versatility in the future. To date, the largest change Charles has seen is in the market is the number of individuals flying their own drones following deregulation and the world’s largest producer Chinese company DJI creating its white phantom.

“They were making flight controllers to put on drones … the first ready to fly was the phantom,” he says.

Charles hoped South Australia’s tech hubs would see the state create its own drones in the future with a company in Melbourne currently working on its own version. In Mt Gambier, LC Aerial has pretty much cornered the market with its unique business model and Charles says its approach to looking for opportunities to diversify was important for the future.

He says another recent job has involved documenting the restoration of wetlands after Nature Trust Glenelg bought a swathe of land that had been drained for farming.

“They are restoring the wetlands to their former glory, drains are being blocked and the wetlands filled again,” Charles says. 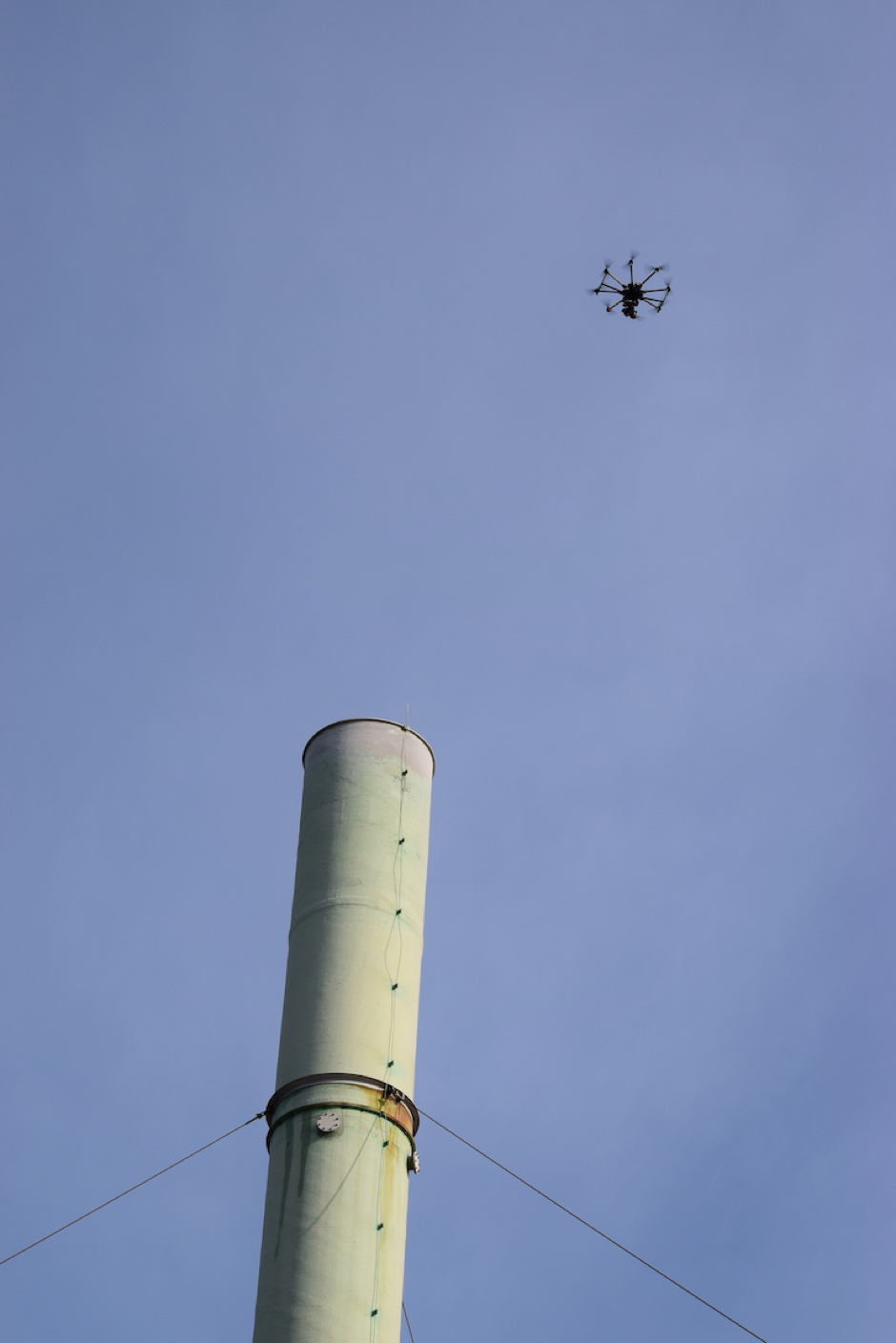 The use of drones to capture imagery and footage for a range of industries has opened a new market in SA.

For Charles, the business ties together his two passions; photography and controlling drones.

“I just like flying the drone, we’re always looking for new and interesting ways to get sensors involved, it’s no longer restricted to just the camera, there’s also thermal imaging, infrared,” he says.

“Drones have certainly become a lot easier to fly and it’s good you can go and buy an off the shelf that has a level of performance that you expect, you know it’s going to fly and its going to be stable.

“Beforehand it would take us about two months to build and tune a drone to ensure it was suitable for flying, now I can ring and have the purchased drone at the office overnight and know it will be the right level of performance.”