Learning to shear again at industry speeds with one arm isn’t the first time the 27-year-old has defied the odds and proved doubters wrong.

At the age of 16 Josh was driving when he misjudged a corner and his car rolled into a tree, the force of the crash throwing his body out of the car.

He died twice on the scene and again on the way to hospital. His mother Roslyn, an ambulance officer, was the one called to the scene.

“She reckons she had a feeling when they were driving out, like something was wrong, and as soon as they pulled up she saw the car and she knew. She did what she had to do,” Josh says. “They reckon every bone in my chest got broken.”

Enduring horrific injuries, Josh spent two weeks at the Royal Adelaide Hospital in a coma and eventually woke up to find his right arm had been amputated from the shoulder.

The first thing that came to mind was the threat to his shearing career, something he had pursued from the age of 13.

But while Josh was still recovering in hospital, his brother-in-law – also a shearer – went to the sheds and tried shearing a sheep with one arm tied behind his back to test how difficult it could be. 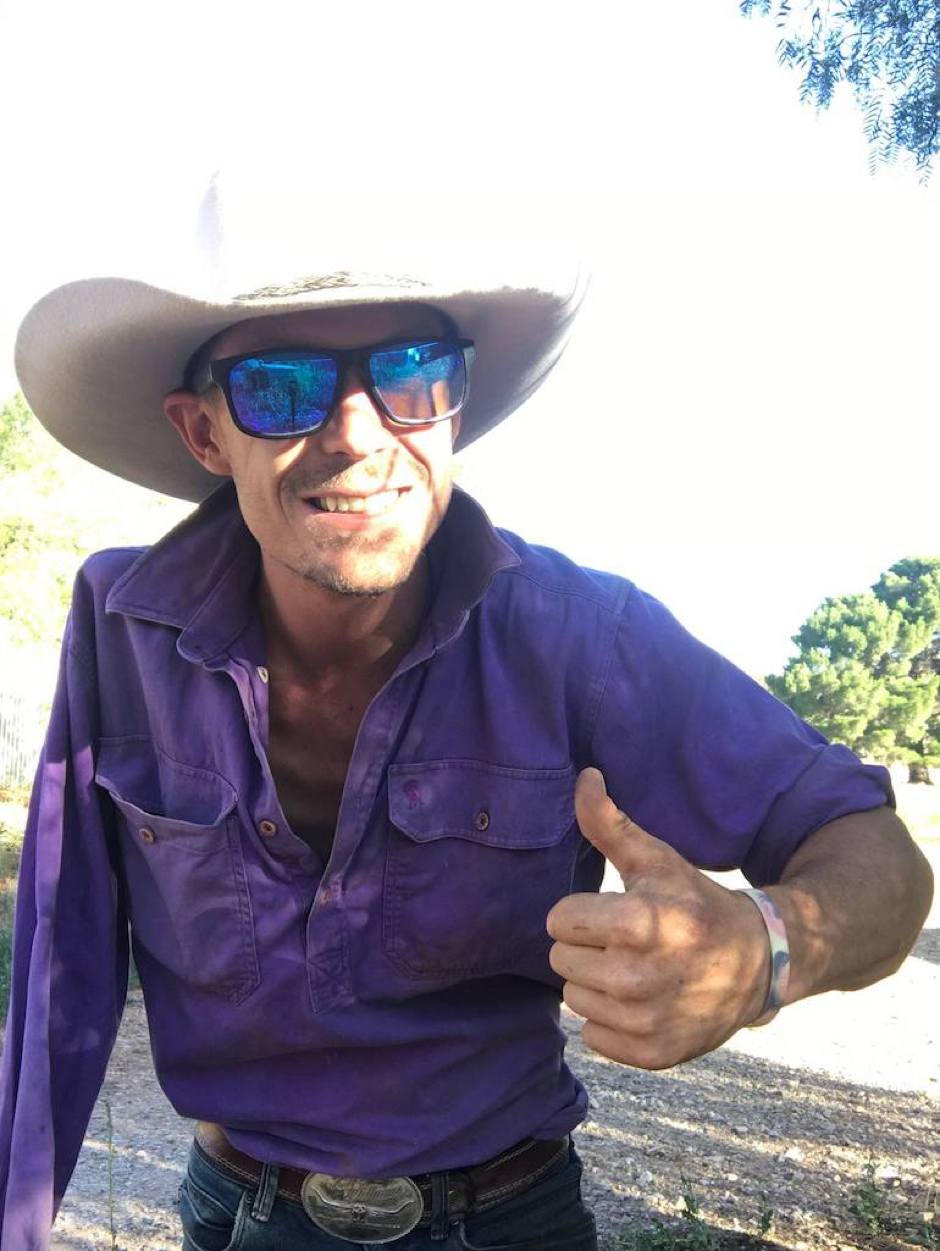 Josh Talbot, 27, defied the odds when he learnt to shear with one arm after surviving a horrific car accident at the age of 16.

Two weekends after being released from hospital, Josh was back in the shed and giving shearing with one arm a crack.

“I wasn’t supposed to, I was still bandaged up, but I went out and shore my first sheep. There were a few laughs, but you can always learn something new.”

Now 11 years on from the accident, Josh shears between 80-90 sheep a day, dragging the sheep into position with one arm and holding it between his legs.

He says although he eventually learnt to shear “the same as everyone else” he faced doubt by some farmers who thought he would be unable to keep up to speed with one arm.

“Nobody would give me a go at their shed for a long time until I got my name out there that I could do it,” Josh says. “I’ve always had a bit of an attitude like ‘check me out, see what I can do’. If you want to do something just do it, have a go. It doesn’t matter how many times you fail, get up and have another go.”

“The few people that did see me do it were mind-blown. It wasn’t until the first Jamestown Show after my accident when I sheared a few sheep for demonstrations to raise money for breast cancer, and so many people turned up to see it.” 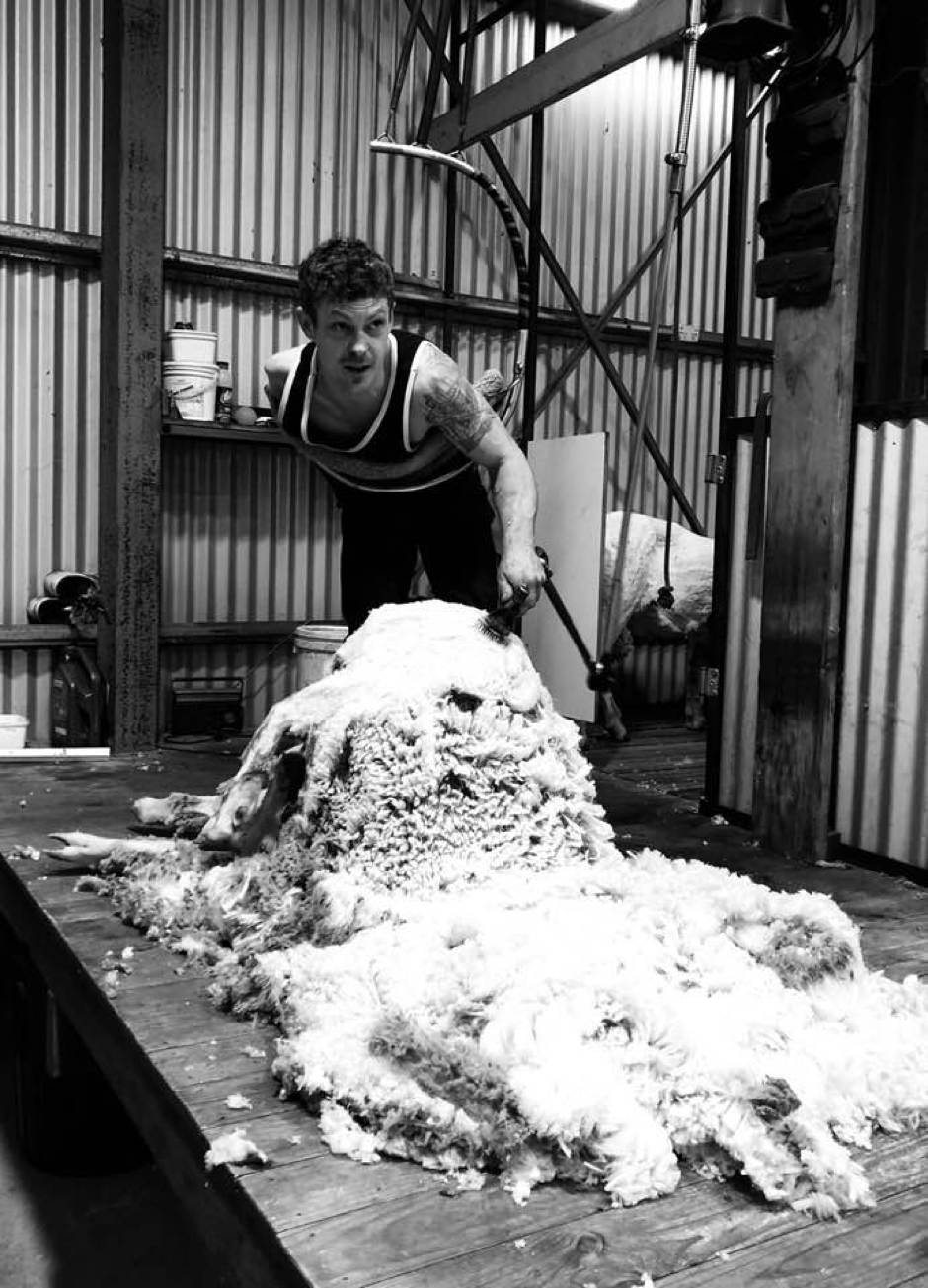 Josh Talbot says once shearing gets in your blood, it’s hard to walk away from. Photo: Josh Talbot Facebook.

“I haven’t done a lot of blade shearing, there’s not a lot of places in Australia that do it with blades anymore,” he says. “But when we go to a shed I’ll ask the farmer if I’m allowed to do it with the blades because it leaves a little bit more wool on and doesn’t get down to the skin like a hand piece does.”

Josh has shared videos of himself shearing with one arm on Facebook, attracting international media attention and praise from social media users stunned by his determination and speed.

But he admits that some of his videos have also attracted negative comments by some social media users concerned for the animals’ welfare.

“I got a lot of negative stuff, from people who don’t know really know the industry,” he says. “They reckon I was too rough, but you can be the best shearer in the world and still nick the sheep.

“The way I shear, I have to do a lot more with my legs, but none of my weight is on the sheep. When they’re not kicking, that’s when a sheep is comfy.”

Josh describes shearing as not a job, but a lifestyle and says it’s something he could never give up.

“It gets in your blood and once you’ve got the bug it’s hard to walk away from,” he says. “The people you meet along the way, you have a laugh and such a great time. Once you’ve met someone in a shearing shed you are friends for life.”