Originally developed for grape growers, the Platfarm app is expected to soon assist growers of horticultural crops including almonds, citrus and stone fruits.

“All precision farming technologies are for those very big broad acre farms. There is no entry level in precision agriculture,” says Oli, a digital games producer turned grapegrower based in McLaren Vale.

“Our tractors are simple, they don’t come with any technology … by the time you get to grape growing and horticultural crops the tractors are 100 horsepower or less and they are very simple machines.”

Oli says he believes the key to farming in the future will be with a farmer’s mobile phone or tablet.

The Platfarm app uses aerial photography, imagery and soil maps that allow farmers to see the variability of their land and determine, with a prescription map, where particular works such as mulching need to be carried out and at what rate. 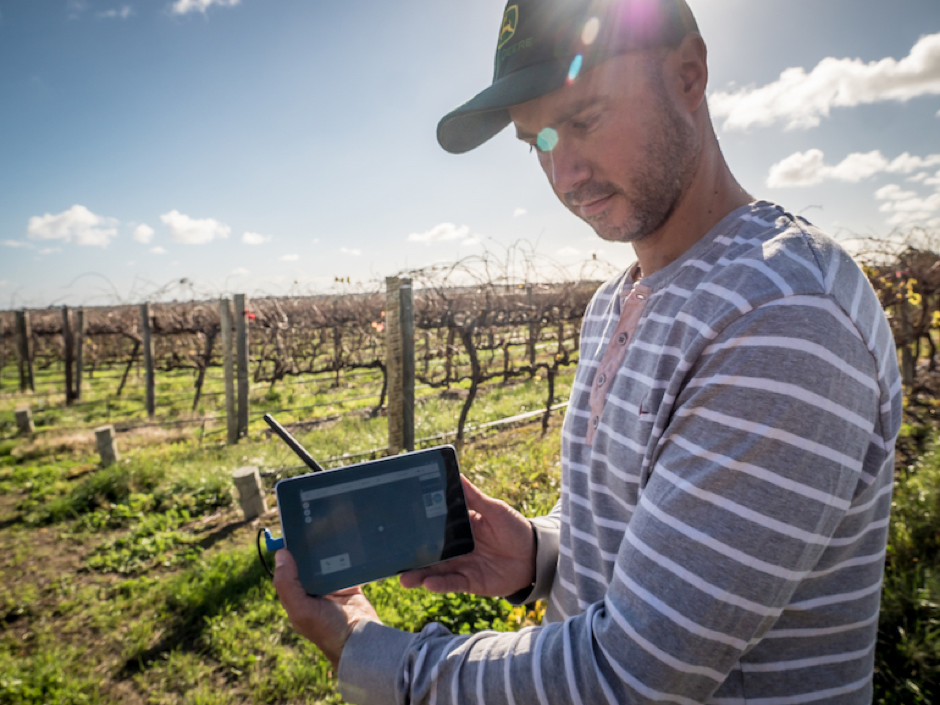 Oli Madgett with the Platfarm app.

“Platfarm lets the grower carry out work where it’s needed most,” he says. “From our vineyard in McLaren Vale we’ve used Platfarm for three seasons now. We went from achieving grade B and C fruit … and last year all the blocks were grade A, it made a huge difference.

“But it’s not Platfarm just in itself, it’s the work that Platfarm lets the grower do. It lets them know where to put out things like mulch under the vines. Mulching is expensive work that can easily cost $3000/ha but not all of your vineyard will necessarily need mulching. So Platfarm allows you to spread your investment over the maximum amount of the vineyard.”

Grape growers often flag fluorescent tape around the vineyard so contractors know where to stop and start spraying and other works. The Platfarm app removes this laborious step by allowing the user to track their journey and only carry out relevant works in the prescription zones. The app can also track the course of a vineyard as it’s sprayed so app users can easily see if they’ve missed any rows. 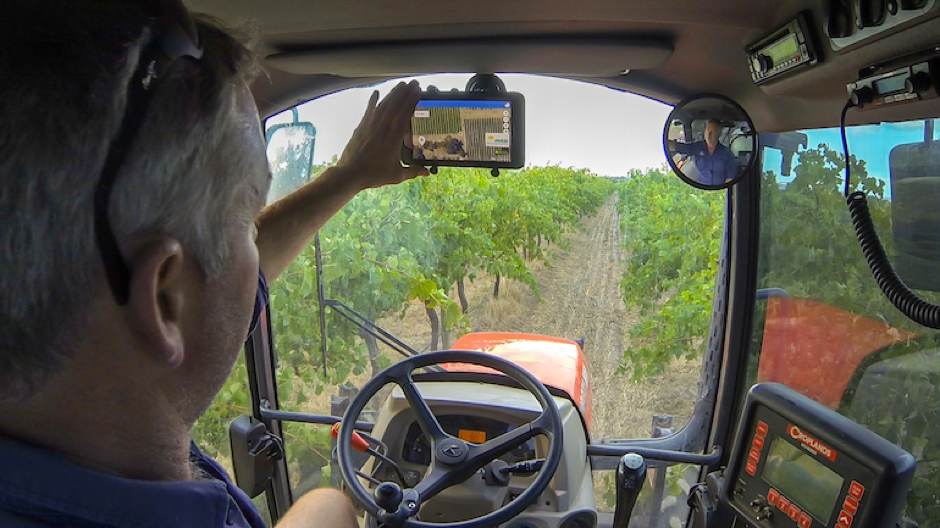 Platfarm being used by Jock Harvey of Chalk Hill Wines.

The idea for Platfarm was born from Oli’s own frustrations at a grapegrower and was co-founded by Andrew McDonnell and Lyndsey Jackson. Oli is an award-winning games designer from the UK who co-founded a highly successful company that created games for Facebook.

He moved to SA in 2014 with his wife Tara, who is originally from McLaren Vale, with their two young daughters, and settled on a vineyard in Willunga. Oli still works as an interactive producer on TV shows such as Channel 9’s The Voice, working on the show’s public voting system.

It’s an interesting contrast between producing interactive games technology and developing groundbreaking technology solutions for farmers, but the outcome has put grape growers across the country at the forefront of digital farming solutions.

Aerial imagery and maps from drones and satellites are key to Platfarm’s success. One of the early adopters of Platfarm was Langhorne Creek, a wine region that initially had little up-to-date and high quality aerial imagery. 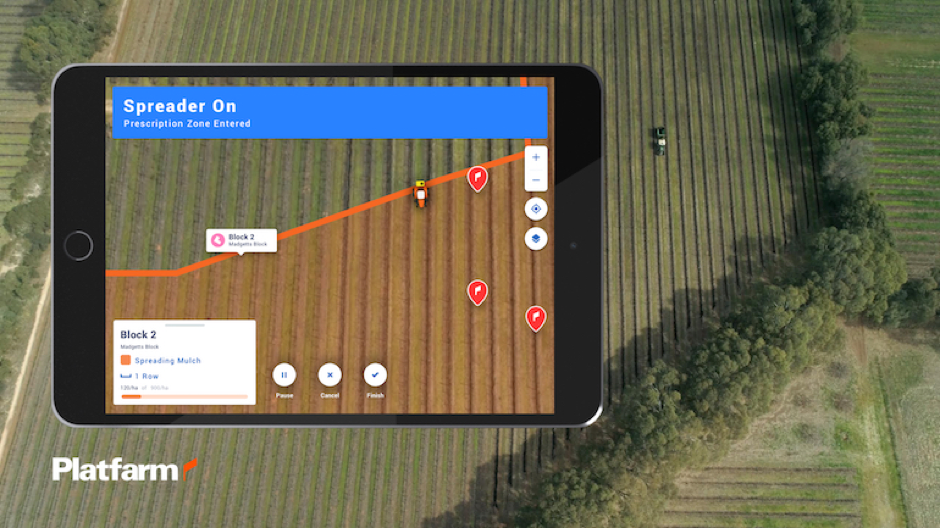 Platfarm allows farmers to see the variability of their land and have greater precision when carrying out work.

“There was no region-wide imagery showing them the variability of their vines and so we shared the challenge with Langhorne Creek Grape and Wine Inc and Landmark to get an aircraft up and we took images of the whole region,” Oli says.

“The imagery has been basically given to that region so that it can be used by other ag-tech start-ups, not just Platfarm, so it’s a collaborative approach.”

“There is a gap for technology globally, there are 30 million tractors out there in the world that have no technology in them to help farmers carry out their farming with any precision, so it (Platfarm) really has opportunity.”