The Port Broughton council will close its West Tce foreshore for the dawn service at the Soldiers Memorial before breakfast at the RSL.

Roads will be closed again at 11am for a march from the Town Hall to the War Memorial for a service followed by a sausage sizzle at the RSL.

The town is just one of many – from the Eyre Peninsula to the South east ­– to close off roads in anticipation of larger crowds paying their respects.

Port Broughton Mayor Leonie Kerley said that after two years of small and at-home services due to COVID, this year’s events are expected to draw in much bigger crowds than have been seen before and believes the majority of attendees will be visitors to the area. 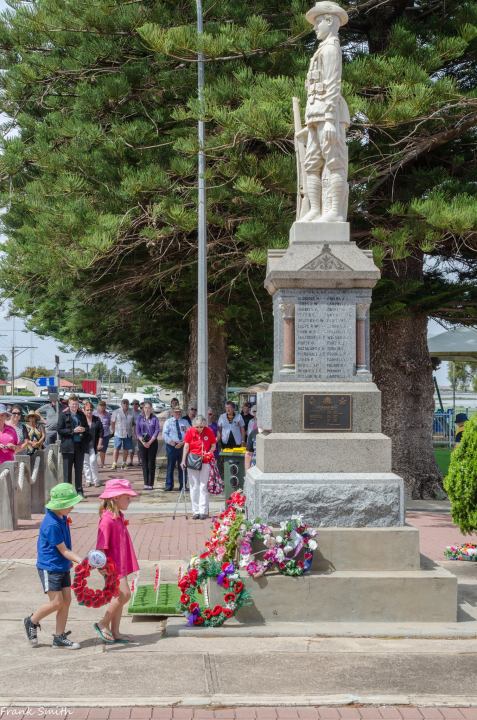 “It’s heartening to see so many locals and visitors bringing their children and grandchildren to show their respect,” Mayor Kerley said.

“Our services are an intimate way of commemorating those who served in all wars.”

Representatives at the Port Broughton RSL said they hope the community and visitors will come out to pay their respects if they are able but encourage those who can’t make it to light a candle at the end of their driveway to show their support.

Earlier this year, the Port Broughton RSL received an Anzac Day Commemoration Fund grant of more than $3,000 to add to their Memorial Gardens.

The grant, which the Barunga Council said they will match, will be used to place bronze plaques and park bench in the gardens to bring some new life to the area.

Mayor Kerley says that the monument and garden are an iconic part of the main street of Port Broughton.

Anzac Day is important to many Port Broughton locals who have been personally touched by war, including Mayor Kerley whose father enlisted in World War II.

“We must always remember that there were those who gave their lives in the wars but those who also returned and for whom life would never be the same,” Mayor Kerley said.

A full list of regional and metro services and commemorations can be found on the RSL South Australia website, as well as guide to conducting a Light Up the Dawn personal service.