Most Australians can remember the first time they learnt how to ride a bike: remembering the adrenalin rush when a wobbly ride turned into a steady line and the newfound freedom a pair of bike wheels provided.

What started as a bike repair hub for hard to reach Aboriginal communities in 2003, Bikes Palya has organically grown into a vibrant program for the APY Lands youth to develop skills of perseverance, independence and pride through bike0riding. The pilot program launched in 2012 and the initiative has regularly visited the location ever since.

“It has evolved massively from a practical program of just taking up tools and servicing fleets of bikes to taking a real community development approach,” says Bike SA community engagement manager Joey Fagan.

“We did that through asking questions and listening to communities about what they wanted us to do and how we could support their aims.”

Situated in the remote north-west of South Australia, the APY Lands is home to the Anangu Pitjantjatjara and Yankunytjatjara people. The expansive plains span 105,000 kilometres of central Australia, comprising of eight main First Nation communities. 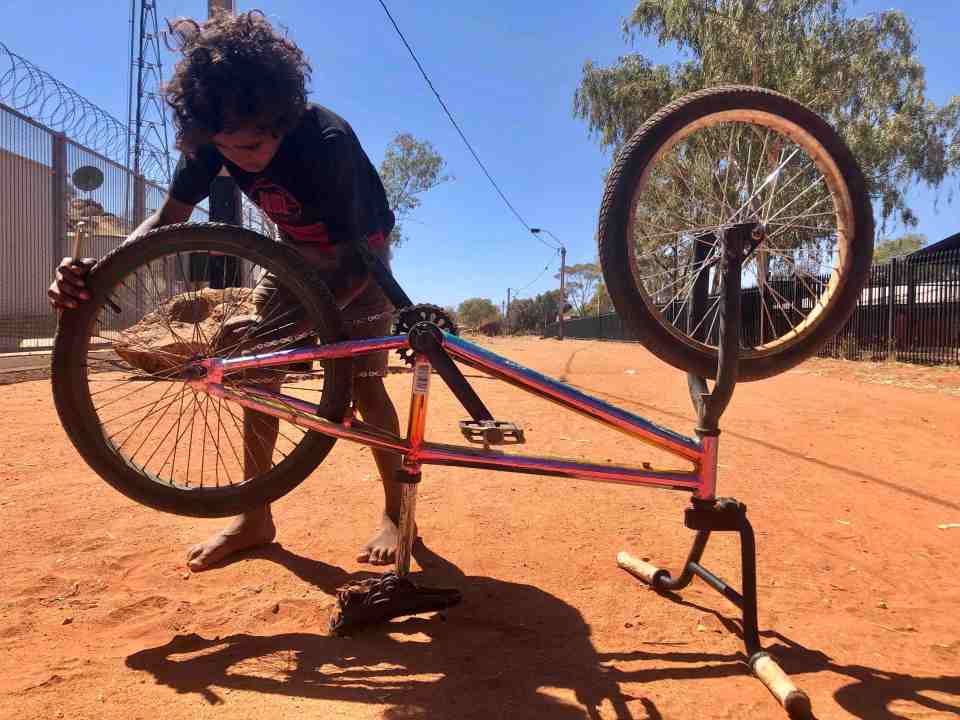 Palya translates to ‘great’ in Pitjantjatjara, with the moniker reflecting the core messages of the program: that bikes are great, and kids in hard-to-reach communities should experience that greatness.

Bikes Palya harnesses the innate thrill and excitement following learning a new skill to teach youth values such as responsibility and independence.

“It’s moving the idea that the bike is just purely a toy… it can be a sport, it can be used as transport, and it can have an even bigger job,” Fagan says.

“The kids loved it. They love getting outside. It’s a real hands-on tactile culture and place to live and work, so anything that connects kids back to the outdoors is always really well received.

“There’s of a lot of implicit lessons that you don’t even realise you’re learning [when riding], and as much about this is just about the socialising, I think the bikes really bring out the best in young people.”

The scrapes and bruises gained while trying to ride not only teach kids concentration but how to overcome challenges, think laterally and thrive. The bike is also a mental escape and an emotional regulator for those struggling in the classroom and at home.

“If something’s going on at home that’s not great and in a crowded environment, it’s really good to be able to just to go for a ride on your own,” Joey says.

“Some of these kids have behavioural issues, and they’ve learned that the bikes can help to regulate their emotions and they can ride it out and just get clear heads.”

Bikes Palya aims to boost numbers in schools where attendance is low by helping kids reignite their passion for learning, translating the skillset developed by bike riding into the classroom.

Of the APY Lands population, 24.1 per cent are between the ages of five and 19, which is 6.4 per cent higher than the state average according to 2016 census statistics. With almost a quarter of the population school-age, helping APY youth develop life skills through a healthy pastime is fundamental to seeing school attendance rates rise.

While the initiative began in the APY Lands, Bikes Palya now delivers its program to 20 communities in the Far North and West and schools in Adelaide with higher Indigenous populations.

The program is delivered four times a year to communities across South Australia during the school holidays and year-round in the APY Lands. 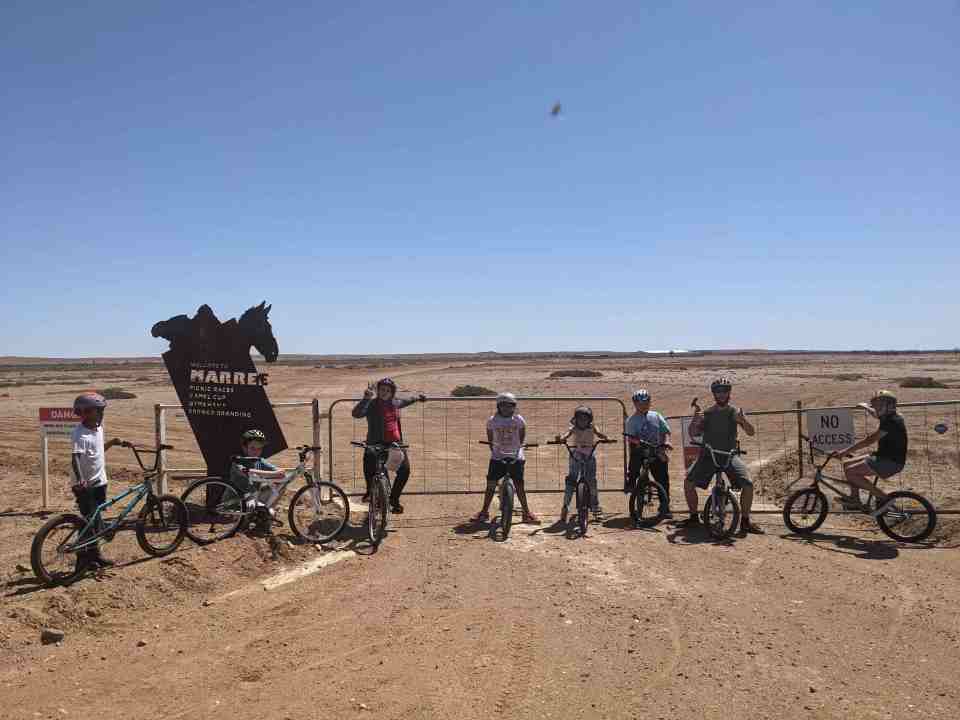 “We’re very well-trusted and respected. So when Bikes Palya drive into town, which they do every holiday, people know what that means, and the bikes come out of the backyard,” Fagan says.

“We take time to really get to know the communities and work with them, not just fly in fly out with what we think the answer is.

“We are trying to promote reconciliation in a broader sense, so as much as we can unite cultures to learn from each other we will.”

The program also engages with communities in building BMX dirt tracks and jumps to ride on and hosts discos, bush picnics and sports carnivals for the youth.

They also collaborate with elders and educators to incorporate bikes and bush trips with traditional activities.

Bikes are donated to the initiative through partnerships developed with SA businesses and the public. South Australians can also purchase bikes from Bikes Palya, with the money directly funding the program. 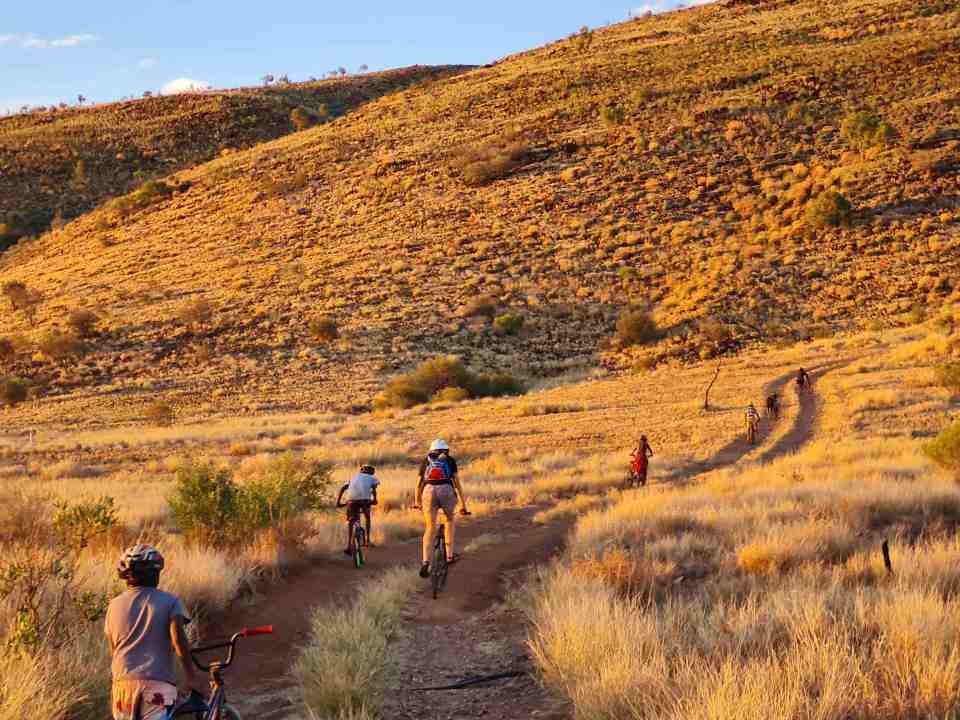 Bikes Palya has been without secure funding for the past seven years and relies upon donations, partnerships and sponsorships.

“You know, we’re very resourceful, we do a lot with a very little, but we could do a lot more with a little bit more,” Fagan says.

“In a perfect world, every kid has the option and the access to go for bike rides. I see cycling as a great leveller across cultures and generations to teach skills and respect.

“I think that it can’t be underestimated the effect that [riding a bike] has, and the sort of positive experience has in one’s life.”