2021 AgTown of the Year Awards

Inside a quaint stone church on the main street running through Mypolonga, Kelly Johnson is putting the finishing touches on a new business to complement her Woodlane Orchards label that showcases the region’s treasures.

“It all started when I found many local growers were throwing out lots of fruit and I started taking it and drying it for soups, meals, snacks, garnishes, coming up with more unusual products,” Kelly says.

Kelly is now supplying stores around Australia, and the latest seven-day-a-week venture in the main street is designed to showcase not only her own business but also those across the region, including Rio Vista Olives to Bakehouse Farm honey.

Her venture tells of the entrepreneurial spirit flowing strong in this small town near the River Murray that was battered by the state’s millennium drought.

Corey Jones is a third-generation farmer who watched as his family dairy was shut down when he was 13 years old as locals struggled with drought and plummeting milk prices.

“I can still remember seeing the last cows leave and going home and crying in the shower,” Corey says.

He and his wife Mollie have learned from the loss, coming up with an idea to milk buffalo after speaking with Woodside cheesemaker Kris Lloyd.

“I got my first load of buffalo in 2014 and now I supply five cheesemakers here and interstate,” he says from among some of the 300 animals now thriving on the famiy farm. 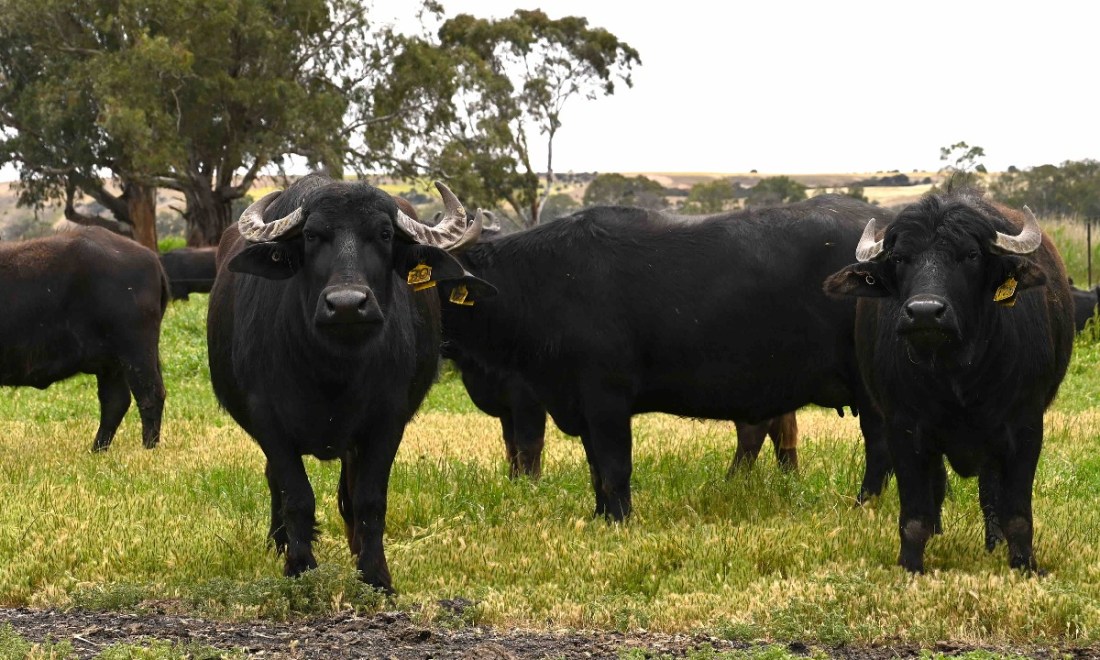 Instead of selling out during the drought, the family bought more properties, struggled on, and have since installed state-of-the-art self-milking pods for the cows.

“I grew up here, I went to school here, my family has always lived here, I went away for four years to explore other options but came back because I wanted my kids to group up in the same way I did,” Rob says.

Mypolonga’s primary school is where the entrepreneurial spirit begins.

Principal Rita O’Brien says its active learning environment and impressive mathematics results stretch back to its own shop opening to visitors from the Proud Mary riverboat about 25 years ago.

The creative approach reaches across the community.

“I could see this was once a prosperous area… and I received a lot of help, they say it takes a village to raise a child, but it also takes a community to support a farmer,” Cooper says. 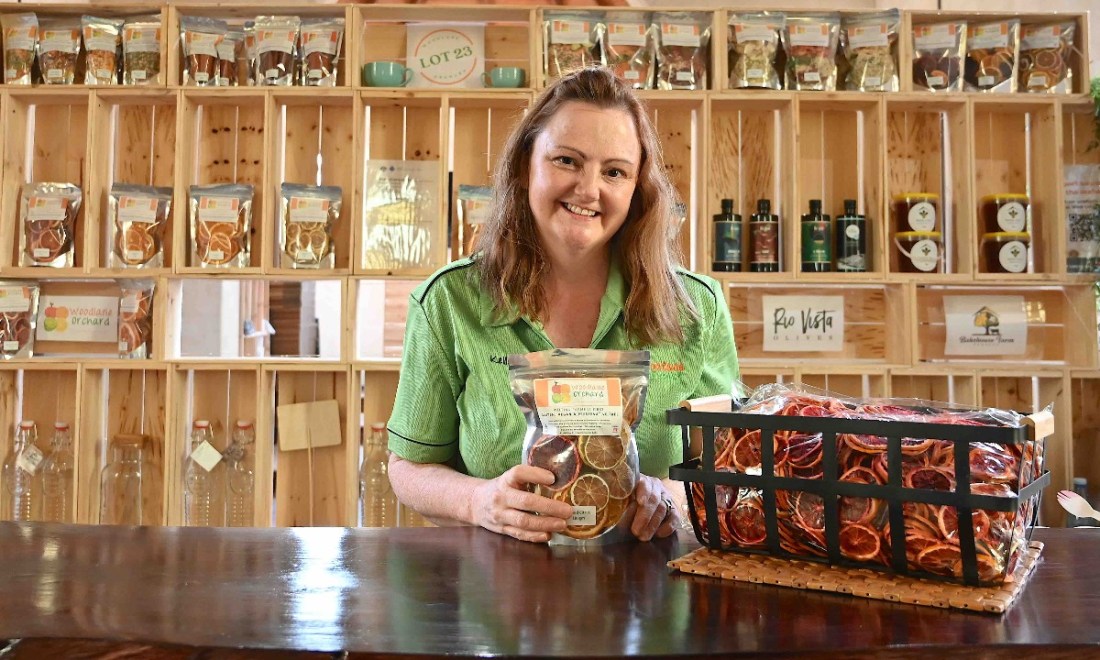 Kelly Johnson at Woodlane Orchard, a business she started in order to use the surplus of fruit in the region. Photo: Belinda Willis.

“We make over 50 lines of product here now, from the dipped apricots to jam, with most fruit sourced here and all made in ‘Mypo’,” Kathy says.

At nearby Rio Vista Olives Jared Bettio is constantly tweaking his product’s quality after winning gold medals in the first year of olive oil production in 2017.

He now supplies South Australian and interstate stores along with exporting to Korea and the United Kingdom and says “believe it or not, the Italians want to buy it”.

For Mayor Brenton Lewis, Mypolonga and its residents are a story of empowerment as they rebuild from the remnants of dying citrus orchards and once thriving dairies.

“The impact of the drought on this area was really sad to see,” he says.

“What I’m really, really proud of the resurgence and resilience we are seeing today, young people are coming back home, and others are wanting to come here to make a life.”

The winner of the 2021 Agricultural Town of the Year will be announced tonight during the Solstice Media’s Regional Showcase Awards at the Adelaide Hills Convention Centre.