Gust, who has a South East farm straddling the border of South Australia and Victoria, began the Cross Border Call Out (CBCO) page a year ago in August 2020.

“The hard border closure had just come into effect and everybody was just shell shocked,” Gust said.

“It was very daunting and scary, we knew our kids couldn’t go to school and we had no idea whether we’d be able to get to medical appointments or anything.”

After noticing frustration among friends and family, she set up the CBCO page on Facebook one night. The next morning she awoke to 1700 new followers. The page has since amassed a following of more than 6300 people.

In the absence of a South Australian cross-border commissioner– which they have in Victoria – Gust stepped up and volunteered her time to lead the way.

“I wanted to start the page to let the community know that there was somewhere they could turn to for support and clarity, and to have a bit of faith that somebody was doing something,” she said. 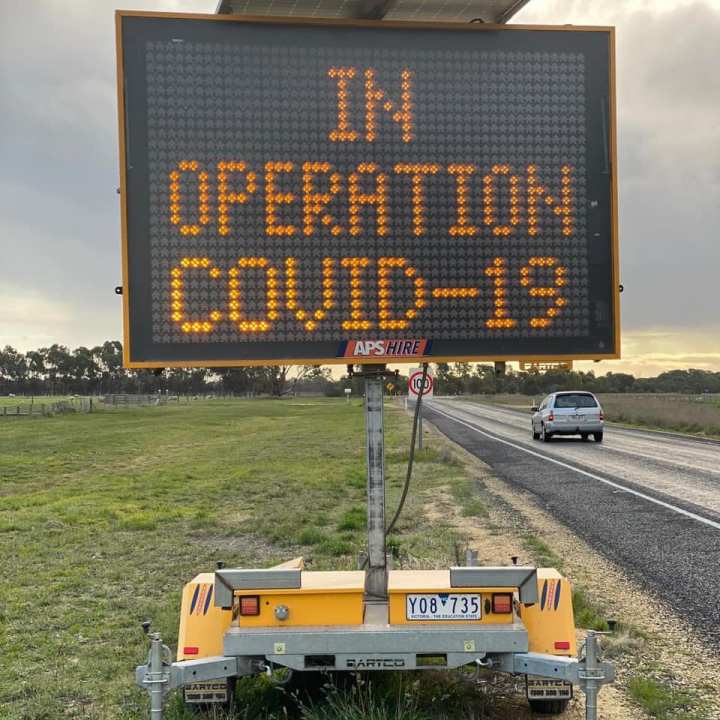 For the past year, the CBCO team has provided help, information, and a point of connection for residents along the 500-kilometre border.

During the initial months, it was run with the help of locals James Hawkins, Jason Law and Kylie Holland, all of whom have since stepped back due to work commitments.

Last year the team was kept busy deciphering COVID-19 directions from SA Police and translating them for confused cross-border residents.

“(SA Police) would whack out this 30-page document and it was mumbo-jumbo to the majority of people,” Gust said.

She said directions took hours to read through, and by the end of which they would have often changed again.

Consequently, people in the border bubble report that basic needs such as access to medical care, schooling and grocery shopping have become a stressful ordeal.

Gust said she spends between 20 and 30 hours per week advocating for the cross-border community, taking time away from her own marketing business, and partially funds the work through call outs for pledges through social media.

She has also made sacrifices for her children, buying a home in Naracoorte last year so her daughter could come home from boarding school and allow the family to move outside the 70km border bubble.

In the past few months, Gust has shifted her focus to tackling a broader issue.

“My role now is to get the decision-makers to have a better understanding of how their restrictions affect the border community so that things can be considered differently,” she said.

Gust said hard border closures and a “one size fits all” approach were often at the detriment of regional residents.

“We’ve proven beyond doubt that we’re not a threat,” she said.

“We’re very proud that we haven’t had a COVID-19 case in this cross-border region, but (government officials) need to acknowledge that as well.”

Gust’s persistent advocacy work for CBCO has resulted in several triumphs for individuals and the wider community.

Most recently, cross-border residents saw the lifting of weekly COVID-19 testing requirements, and as of this week can now travel outside the 70km border bubble into South Australia for emergency medical care or procedures.

Gust also recalled one particular “ironic” case where a woman was unable to visit her mother in South Australia, despite only having two weeks to live.

“She was granted a travel exemption to come over from Victoria, but she was told she had to quarantine for 14-days before she could go and see her mum,” she said.

The CBCO team worked immediately to lift the need to quarantine, speaking to SA Health and promoting the story through various media outlets. The quarantine requirement was lifted three days later.

“With our support behind their (travel) applications, we’ve been able to get better outcomes for people,” Gust said.

“In a lot of instances, it’s changed lives.”

Gust credits much of her success to building solid relationships with officials.

However, Gust said her tenacity had also brought about some tensions.

“I probably have pissed off a few people in authority along the way,” she said.

“But they need to be called out.”

To gain momentum when lobbying, CBCO set up a website where cross-border residents could submit survey responses on how the restrictions affected them.

This allows Gust to present various data to officials, such as the number of children unable to return to school.

Gust said her next big challenge was establishing a national approach that allowed boarding school students to return home without completing a 14-day quarantine.

Though her CBCO role has impeded her personal life, Gust said the “wins” were worth it.

“Some days I feel like it’s too much,” she said. “But then I get a message from somebody saying ‘thank you so much for what you’ve done,’ and it just keeps me going.”

Moving forward, Gust said she would like the State Government to appoint a cross-border commissioner, but thinks it unlikely.

“I said to Steven Marshall that if he back-pays me I’ll take the job,” she said. “I’m essentially doing the duties of that role already.”

Liberal Member for McKillop Nick McBride acknowledged Gust for her work over the past year.

“Her efforts have helped raise the profile of the Cross Border community, and the very real issues faced by people who live and work across the SA/VIC border,” McBride said. 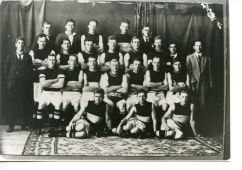 “She has volunteered her time and energy advocating to ensure the voices of the cross-border community are heard by governments on both sides, and for that, we should all be thankful.”