Simon Tolley of Woodside winery Simon Tolley Wines is taking part in a research study driven by the University of Adelaide to see whether his spoiled grapes can be distilled into brandy.

“Hopefully we can roll out a smoke-flavoured brandy or gin in our cellar door in about 12 months’ time,” Simon says.

“The project will hopefully assist other smoke-affected growers in the future, and give them more options with the rejected wine fruit rather than putting it on the ground.”

Fifth-generation grape grower Simon and his wife Narelle lost their entire crop either directly to the fire or from smoke taint when the blaze broke out on 20 December 2019. 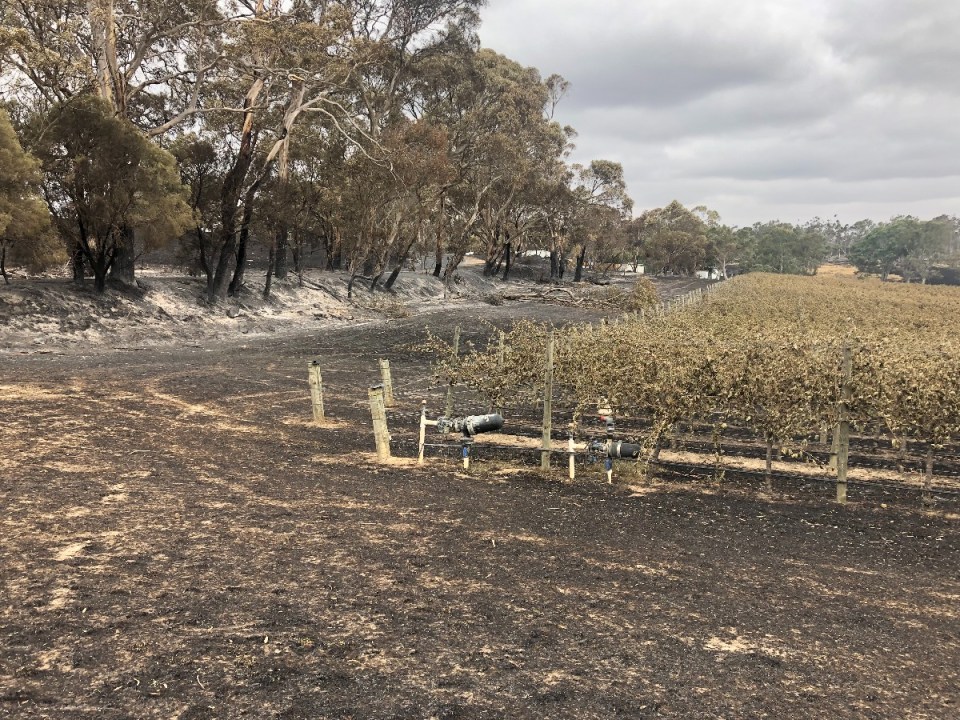 It tore through a total of 25,000 hectares in the Adelaide Hills and destroyed dozens of homes, sheds, vehicle, vineyards and countless livestock in its path.

The research project is being led by University of Adelaide PhD candidate Hugh Holds who is investigating the impacts of climate change on brandy production in Australia.

“As part of that I’m investigating the use of smoke tainted fruit in brandy production to assess its impact on flavour development as well as consumer acceptability,” he says.

“Due to the time it takes to produce and mature spirits, combined with 2020 COVID-19 delays it’s still too early for any results, though the experimentally produced spirits are maturing slowly away in the university’s winery.”

Simon donated all of his heavily tainted fruit to the research project, while fellow Hills label VNTLPR also gave some of their smoke-tainted grapes.

Hugh says the batch will be assessed in early 2022 once it has matured in the barrel for one year.

“This should give us an impression of how the spirit will develop as a fully matured product,” he says, adding that the legal requirement for a spirit to be called brandy is two years in the barrel.

Smoke-tainted wine is commonly described as having an unpleasant ashy, burnt or chemical-like taste.

Removing the smoke flavour can be done through activated carbon fining however this often destroys the wine’s good characteristics as well.

Hugh and Simon are hoping that if successful, a purposefully smoky-flavoured brandy or gin would be desirable among consumers.

It could also show other growers in bushfire-affected areas that there is an alternative use for grapes that are otherwise deemed as useless.

The potential move into spirits could see the Tolleys go back to the family’s roots, when they distilled brandy in the 1890s.

The Phoenix Distillery in Stepney was owned by Simon’s ancestors Douglas Tolley and his brother Ernest, alongside London distiller Thomas Scott. Together they ran Tolley, Scott & Tolley (TST) and became leading brandy producers.

“I’m proud of my family’s history and so if it’s something we can go back to we’ll do it,” Simon says.

The smoke-taint project is just one form of resilience Simon and Narelle have shown since the bushfire. 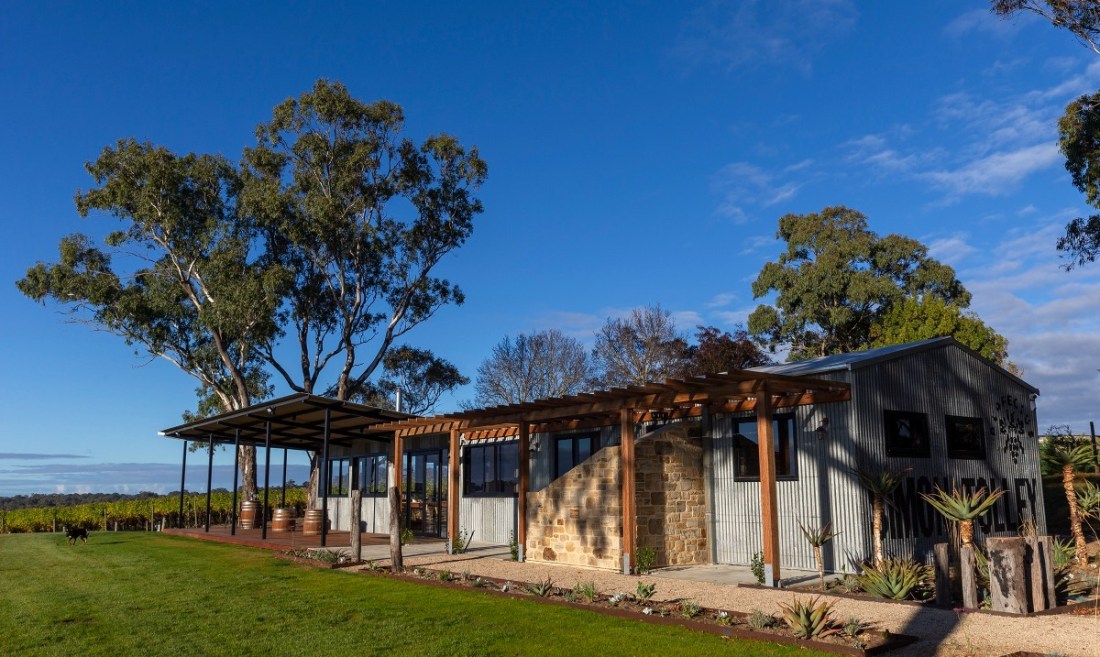 They spent the majority of last year rebuilding and cleaning up the damage from the blaze, while Simon also continued his viticultural consultancy business.

They rebuilt fences, replaced irrigation and invested in machinery to help with the cleanup. This included a vine shaper used to cut out or rejuvenate vines and a hydraulic vine lifter to help the team cope with the increased workload.

Not only did they use the machinery on their own property but also on other vineyards in the area affected by the fire.

In May this year, the Tolleys opened their first cellar door on the property, offering wine flights and tastings overlooking the now green vista.

The cellar door is housed in an old tractor shed that has been transformed into a modern, rustic space and has been busy with visitors most weekends.

Simon says it has helped get the family business back on its feet.

“We have a very strong family, and the community was and has been very supportive,” he says.

“It’s been overwhelming the number of people who have supported us.”