Craig and Sheridan Alm own the 325-hectare property with Sheridan’s parents, Michael and Robyn Mason.

The family, who also grow almonds and citrus, used the Federal Government’s Water Efficiency Program to fund the project.

Sheridan says to access the Department of Agriculture program, irrigators need to give some of their permanent River Murray water entitlement back to the Commonwealth Environmental Water Holder in exchange for funding to achieve on-farm water savings.

In South Australia, the Murraylands and Riverland Landscape Board administers the program.

“It does involve the sale of some of your permanent water entitlement, which I guess a lot of people would be opposed to doing,” Sheridan says.

“But we took the position that this needed to be done in the short term and with the savings that we generated we would be able to buy back the water,” she says.

“We were coming into a season where our wine grapes were in really high demand and the pricing was good, but water pricing was also high,” Sheridan says.

The Department of Agriculture approved the funding by December 2019 and the project was completed by the end of the month.

Sheridan is a sixth-generation River Murray farmer who recognises the importance and value of sustainable primary production.

She is also Deputy Chairperson of Riverland Wine, an organisation representing the region’s viticulturists.

The Mason family has been in viticulture for more than 20 years and over the decades has also been involved in agriculture and horticulture industries along the river from the Lower Lakes to the Riverland.

Sheridan says applying for the grant with the support of the Murraylands and Riverland Landscape Board staff, Michael Cutting and Brenton Fenwick was relatively straightforward.

She says the new drip irrigation system generated savings of 350 megalitres of water last season, over about six months.

This was far more than the 14 megalitres of water the family sold to improve their irrigation technology.

The Alms say the new system not only distributes water more evenly across the vineyard, the capability to water greater areas at any time along with great savings on electricity costs has also been achieved.

“We are better prepared for heatwaves before they arrive,” Sheridan says.

Craig says there has also been a noticeable improvement to the health of the vines.

Late last year, water prices in the Riverland reached up to $950 a megalitre, although the Alms managed to pay an average of $500 due to putting in place forward leasing arrangements in advance of the irrigation season. 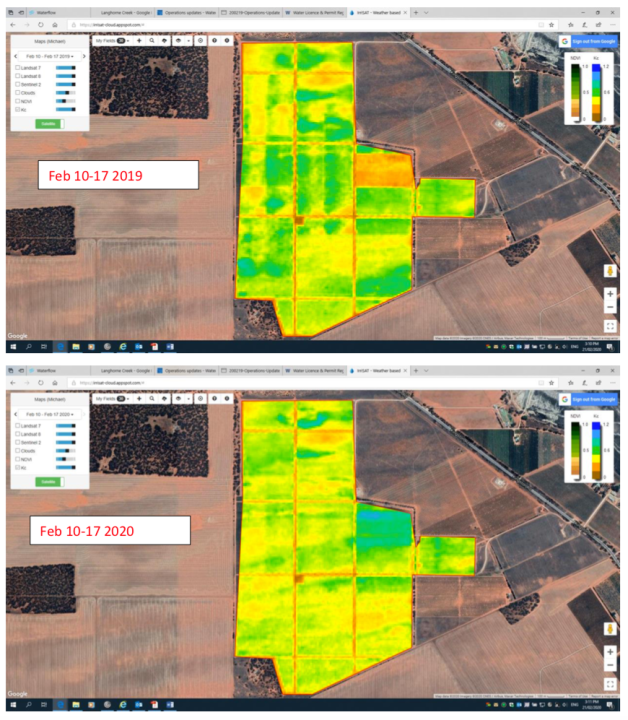 The February 2019 image has more red patches indicating stressed vines and more blocks of green compared to the February 2020 image. The more even distribution of colour shows the benefits already achieved by the new drip system.

Starrs Reach Vineyard was also hit by a damaging hailstorm in November, which greatly reduced the 2020 crop.

However, the new irrigation system did help the vines recover well in the hot months that followed.

“We could still see the canopy health had greatly improved, so we are looking forward to great things this year,” Sheridan says.

Sheridan and her family have also been involved in the restoration of Yatco Lagoon, at nearby Moorook.

During the 2006/2007 drought, irrigation pumps were transferred from the lagoon to the River Murray, which also provided irrigators with better quality water.

The lagoon is being better managed to ensure the survival of native fish species and reduce the European carp population.

Sheridan says working with the River Murray environment and having efficient irrigation systems is the key to being a viable farmer.

“The irrigation system in a vineyard is the most important thing when it comes to water management,” Sheridan says.

“You can have all the bells and whistles, but if that is not working, you might as well not bother.” 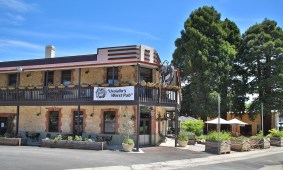 Voting for your favourite Regional Showcase story will begin soon.