General Manager of YP Community Transport David McDonald says the organisation has been providing services to people who are 65 and over, and the socially isolated, for the past 25 years.

He says a name change is being planned for the not-for-profit organisation to better reflect its broad range of services.

Its aim is to ensure people who need support maintain their independence.

“We are a lot more than the title suggests, yes we are a community transport scheme, but we operate other services too, including a community visitor scheme and we are also a Centrelink agency,” McDonald says.

YP Community Transport has 165 volunteers with the oldest being 84, and the youngest, 38.

“Our average age of volunteers, which may be a surprise to you is 73,” McDonald says.

He says this dispels any stereotypes that exist about retirees.

“We do live in an ageist society sometimes, where people think that once someone reaches 65, they are gone.

“We have people of this age that are very active in their community, they are highly intelligent, and they are in good health.

“I think it is unbelievable that they are prepared to give back to their community to help those in need.”

David says some of YP Community Transport’s volunteers come from as far away as Port Pirie.

YP Community Transport has its main office in Minlaton and recently opened an office in Kadina.

One of the main services it provides is transport to medical appointments either within Yorke Peninsula, up to Port Pirie and to Adelaide.

YP Community Transport also operates what it calls a health bus each weekday from the Yorke Peninsula to Adelaide and back.

The organisation and its volunteers also offer bus trips around the region on the weekends during spring and summer.

“One of our key endeavours is to ensure that people are being engaged socially and aren’t isolated,” McDonald says.

The organisation’s volunteers also provide companionship to others, visiting elderly people in their homes or in aged care if they have no family to visit them.

McDonald says the Yorke Peninsula is blessed by having such a caring community, as is often the case in regional areas.

“In some capital cities, people don’t even know their next door neighbours,” he says.

He says the tragic death in Adelaide of Ann Marie Smith who had cerebral palsy and suffered profound septic shock and multiple organ failure in April, highlights the need for people to care more for one another.

Police believe Smith spent up to a year sitting in a cane chair before she was admitted to the Royal Adelaide Hospital, where she died of her serious illnesses.

Fred and Hilda Wake are examples of just how dedicated regional SA’s retirees can be.

The couple used to live on the Eyre Peninsula and moved to Moonta Bay when they left the workforce.

Fred, 75, was a machine operator for the District Council of Cleve, and Hilda, 72, was a Grain Silo Manager for Viterra.

Both are volunteer drivers for YP Community Transport.

Fred drives people to Adelaide once or sometimes twice a week.

“You meet a lot of people and form friendships, it helps people out and I enjoy it,” he says.

Hilda provides transport to those who need it around the region.

“Because we come from another area, this was one way that we thought we could meet people,” Hilda says.

Fred and Hilda have quickly made Yorke Peninsula home, also volunteering for Meals on Wheels SA.

Hilda is a Client Officer for the organisation and Fred helps with meal deliveries.

The couple still see themselves as being young and are keen to help others in the community while they can. 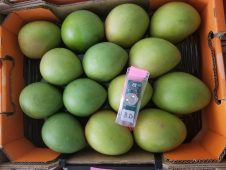 “I always say that we might need it ourselves one day,” Fred says.

“It is very important that we look after each other.”