Naracoorte Seeds and its export arm South Australian Seed Marketers has achieved significant growth in the past two years with exports steadily increasing to account for about half of all sales.

While the company has more than 400 seed types available domestically, its export portfolio is focused on about 20 key forage varieties including lucerne (alfalfa), clovers and some grasses.

Naracoorte Seeds Managing Director Jamie Tidy and his wife Peta have travelled to the European Seeds Association’s Euroseed Congress the past two years and are starting to see the benefits of meeting in person with industry leaders.

Their trip to the 2019 conference in Stockholm last month was partially funded by a South Australian Export Accelerator grant.

Tidy likened the Euroseed experience to speed dating – a number of fast-paced meetings with businesses from all over Europe – which had led to exports to Italy, Germany, Spain, Portugal, France and The Netherlands.

“We sold quite a few containers while we were over there,” he said.

“Export wise you don’t necessarily need to have a huge team of sales reps. The people overseas just want reliable supply and a genuine relationship and we think there’s a lot more opportunity within our region.”

Lucerne seed has been a big growth area for Naracoorte Seeds in recent years and accounts for almost half of the company’s exports.

Saudi Arabia is its biggest lucerne customer, where it is grown in the desert under huge centre pivot irrigation systems fed by underground aquifers. The lucerne is then cut into hay and fed to cows housed in enormous air-conditioned dairies.

More than 80 per cent of Australia’s average annual lucerne seed production of 9700 tonnes is in South Australia’s South East around the area of Keith, Naracoorte, Tintinara and Bordertown, encompassing more than 16,000 hectares of irrigated and dryland Lucerne.

“For our part of South Australia it is the biggest commodity product outside of grain,” Tidy said.

“Some crops are more specialised than others, which we try to have reflected in the price but then crops like lucerne – everywhere else in the world it’s called alfalfa – is such a relevant variety everywhere because it’s deep-rooted, drought tolerant, conserved for fodder and can be grazed by sheep, cattle, goats, horses and buffalo all over the world.

“Lucerne is the king of forage – you can do hay, you can graze it, seed, silage, pasture mixes with companion species and the bee keepers flock to it now.”

While Lucerne has helped drive export growth for almost a decade, Naracoorte Seeds has been exporting South Australian seed since 1989. One of its early export success stories was selling significant amounts of Haifa White Clover seed to China from the late 1990s to the mid-2000s to green the city of Beijing ahead of the 2008 Olympics.

Tidy said the lower Australian dollar, which has fallen from USD$1.05 in 2013 to $0.68 now, had made Australian seeds significantly more competitive on global markets.

“Six years ago when the Aussie dollar was on parity with the US dollar we just couldn’t compete on the export market so definitely the growth in exports in the last couple of years have reflected the lower Australian dollar and us being more competitive not only from a growing perspective but currency as well,” he said.

“No-one is putting any effort in there and, in business, if you zig when others are zagging or zag when they’re zigging then that’s when opportunities come,” Tidy said of the Argentinian venture.

“You can learn a lot by sitting down with people, find out how their business works, what their distribution network is and all those little things rather than going in completely blind.” 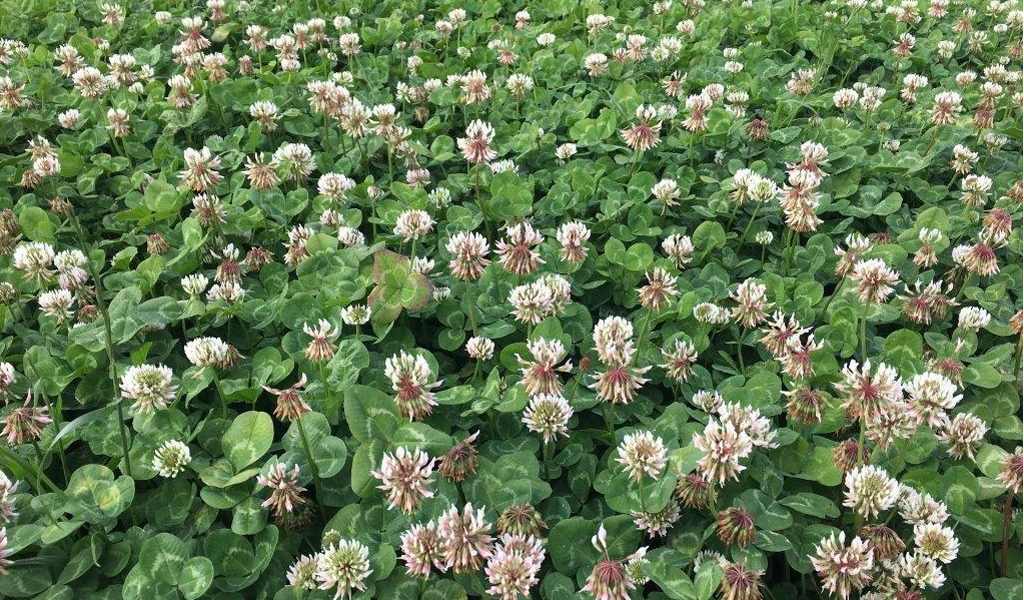 Naracoorte Seeds was started in 1962 by John Clarkson and was bought by Tidy’s parents Bob and Gini in 1980. Jamie and Peta joined the business in 2004 and took over its running in 2009. The company has grown to about a dozen staff members.

Tidy said the combination of long-term staff, strong relationships with about 100 growers and the company’s location in the heart of one of Australia’s leading small seed production areas were among the company’s reasons for success.

He said while the domestic market was potentially finite, it was also growing.

“We only do seed, we don’t do fertiliser, we don’t do anything else and we customise specific seed mixes depending on grower needs,” Tidy said.

“The last two years we’ve had that growth and we’ve been able to sustain it both domestically and in export markets across a range of seed types.

“Thankfully we’ve been able to retain staff, which has allowed us to maintain those vital relationships out in the field. Our 60th birthday is coming up and we’re very proud of that.”