The rainwater tanks are at 100 per cent capacity at Shaw + Smith’s Balhannah winery and chief winemaker Adam Wadewitz takes it as a good sign of what’s on the horizon for the Adelaide Hills producer.

Despite a lean 2020 vintage, affected by bushfires and dry conditions, compounded by the challenges of  the coronavirus, he can see an exciting future as he takes the role of joint-CEO alongside the company’s sales and marketing specialist David LeMire.

“David and I have developed a really strong working relationship over the past seven or eight years and it’s been fantastic to think about where we could take things in the next 10,” Wadewitz says.

The appointment comes as founders Martin Shaw and Michael Hill Smith take a step back from the business they established in 1989. The pair, who are also cousins, will maintain active roles within the company.

As joint CEO, Wadewitz will continue to operate as chief winemaker alongside winemaker Sam Davies and assistant winemaker Alex Clark.

The company also operates sister vineyard Tolpuddle in Tasmania’s Coal River Valley, outside of Hobart. There’s a chardonnay and a pinot under the Tolpuddle label, and the wines are all made in the Adelaide Hills. 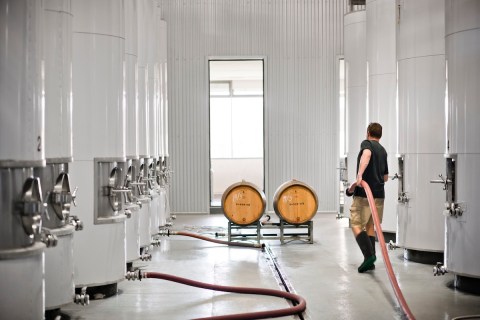 Wadewitz has been with Shaw + Smith for more than seven years and has helped the company to overcome a number of challenges in recent times.

Dry conditions and a cool spring led to a much smaller-than-average vintage across South Australia this year. Although yields were down, Wadewitz reports the quality of fruit to be excellent.

“It’s been one of the most challenging years on record. We had poor flowering, then we had the bushfires and then COVID towards the end, so you couldn’t have written a better script in terms of a challenge,” he says.

“The wines that we did bring into the winery, although potentially lower in volume, are really spectacular. The flavours and concentration are amazing and some of those wines, although there won’t be many of them, are going to be really worthwhile seeking out.

“For the Hills in general, it’s brought people together and I think that’s been a really strong outcome. It’s nice to think that those characteristics hold true during the tough times.”

The pandemic has also forced the company to innovate and upskill, finding new ways to communicate to customers through virtual tastings and video content. 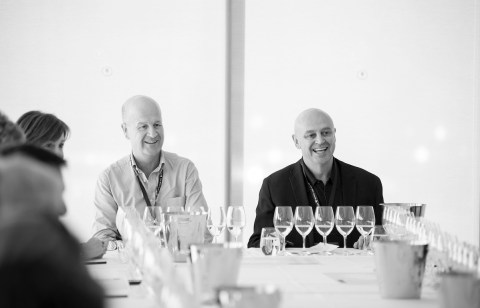 Wadewitz was previously working in the Grampians’ Henty wine region when he was approached by Shaw + Smith in 2013.

“My family’s from South Australia and I’d always thought the Adelaide Hills was a pretty special spot. Martin was able to convince me that it’d be a pretty good move to join the Shaw and Smith team,” he says.

“Shaw and Smith is a really progressive-thinking company – Michael and Martin have really driven that as the founders. They were keen for us to take that next step and deliver on some of the ambitious projects that we’ve got coming up.”

The company has purchased land in Piccadilly to plant chardonnay and pinot noir varieties and create an exciting new piece of the Shaw + Smith puzzle.

Wadewitz is a strong believer in the winery’s sustainable and environmentally sensitive practices, including farming individual blocks organically, using sheep to control weeds, facilitating beneficial insects in the vineyard, and using seaweed fertilisers. The winery has done away with herbicides, synthetic fertilisers and fungicides.

“I’m still the chief winemaker, so that allows me to be close to all of the production elements that are so critical in fine wine. We want to make really exciting wines from exciting places,” he says.

“We think if you put the effort into great vineyards – and it doesn’t matter whether it’s our own vineyards or a good grower you’ve been working with – if you get a good result out in the field, then you’re going to find it much easier to get a great result in the winery.”