In the face of the COVID-19 pandemic, the hard-hit South Australian hospitality industry has shown how rapidly and creatively it can innovate.

The National Wine Centre of Australia has been crippled by the loss of weddings, conventions and guided tours, along with the closure of its cafe.

The centre had also cancelled its monthly wine masterclasses, led by head sommelier James Boden, but the team has now come up with a new online version of the popular sessions.

The A-Z of Australian Wine Regions Masterclasses will be held weekly beginning this Thursday, April 9, via the online video platform Zoom. And these will not be dry masterclasses; the centre will deliver tasting tubes of wine to the participants.

The masterclasses are $40 per person, or $70 per couple, and each session will see Boden joined via video link by winemakers from the featured region, as well as the digital audience, which he encourages to engage and ask questions of himself and the winemakers.

Boden says the capacity is likely to increase in coming weeks to accommodate more participants.

To get wines to participants, the centre will prepare 50ml tubes for home consumption using Enomatic machines that prevent oxygen and hands from interacting with the wines. The wines will then be delivered locally the day prior to the masterclass.

All participants need is six glasses.

“We were doing one class a month at the centre, which was working well and we’d seen a good steady increase in uptake of them,” Boden says. “The demand is obviously still there in the virtual space, as there are now a lot of people looking for things to do with their spare time.”

The second class, on Thursday, April 16, will focus on the Alpine Valleys of Victoria.

“We’re opening it up to all the regions around Australia and so far we’ve seen a good deal of interest for Alpine Valleys in Victoria, which is our second masterclass. For many people, it’s a region they haven’t really heard of before, so it’s positive to see that people have bought tickets and want to learn about other regions.” 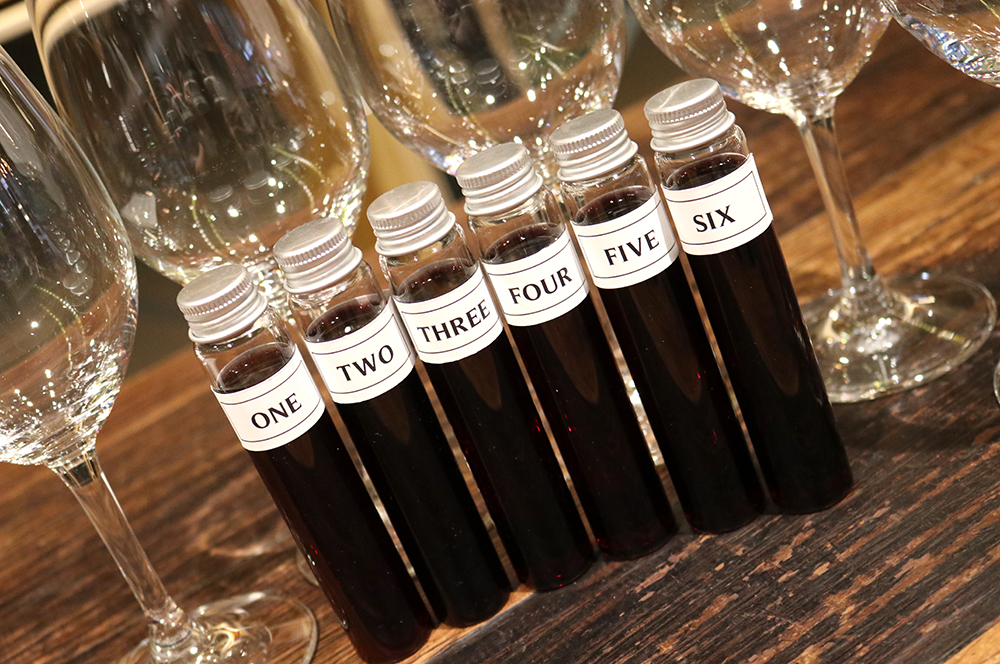 The National Wine Centre will deliver 50ml test tubes of wines to participants who can follow along at home.

Boden says transferring masterclasses to the virtual world was an idea inspired by Alliance Francaise, through which he takes French classes.

“They floated the idea of switching to Zoom, and I gave that concept some thought, and particularly about how we could somehow get wine to people and still run masterclasses,” he says.

“Knowing that people might be pretty bored at home, we wanted to be able to entertain them with masterclasses and provide education. We worked out the concept and put it together in a pretty short space of time.”

The sessions are aimed at anyone with an interest in wine, whether they are novices or more experienced.

“I try to be quite engaging with people in a smaller class setting and get them to ask lots of questions. The Zoom space is a little bit different, but we try and approach it the same way, with a nice relaxed format,” Boden says.

“We’ll work through, wine-by-wine, and talk about the interesting points of each wine, a little bit of what to pair the wines with in terms of food. Hopefully this will help us ride out the storm and get back to doing what we do best in a few months’ time.”