After 14 years making the great wines of Sevenhill Cellars, Liz Heidenreich has left to concentrate on her own new brand and winemaking consultancy.

It’s a cracking opener, a Watervale Riesling like this: rich and limy, heady and outright swoony if you have it at kitchen windowsill temperature in the morning.

Like the best of the great Clare ’18s to cross this desk, the wine has a royal authority and presence: it’ll take over the table and the conversation. It’s a gilded syrup at this modest temperature, and doesn’t need the intrusion of mere food.

But give it a gentle chill and the Watervale chalk rears its powdery whiff. With some ice bucket, the wine also seems to grow some of that dry meadowbloom bouquet I think may be a trademark of the maker and that palate comes into a leaner, meaner, drier focus that yells “OYSTERS!”

Whiting, garfish, flathead: they’ll all do it justice.

Which is never to say it’s not still a grand whizz all on its right royal ownsome: it’s long and grainy in the tail, like an old Louis Malle movie. Transporting. It’ll burnish beautifully with the years. The nostalgia increases as the wine warms.

Wow. This is a delightfully fragrant and piquant Grenache. It comes from the bush vines Liz’s grandfather planted in red sand at Vine Vale 80 years ago.

Grenache loves sand on clay. This one has spice like cumin seed and clove in a hearty pickled walnut lacquer before it sends the cherries up the line: fresh, cheeky, ripe and a bit briary and wild.

It’s savoury in the sense that it makes me hunger: tea-smoked duck and Chinese spinach with shiitake and garlic would do it like a dinner. Or the salt ‘n’ pepper eggplant at Wah Hing. Yum-o.

It has the acid and tannin to handle such fats.

I can’t help thinking that if this vineyard had been planted in similar sand with a similar altitude and westerly aspect in McLaren Vale, those tannins would likely be less savoury and more rounded. I’m not saying one is better than the other: it’s fascinating to compare the best of both regions. My theory relates this difference to the maritime Vales’ higher relative humidity. I’d love to know. Science, anybody?

With this bright duo added to the bottled heritage she leaves in the cellars of the lucky Jesuits of Sevenhill, Liz Heidenreich – who’s a rare Barossadeutscher Anglican anyway – is utterly certain to remain a stellar winemaker to watch. She sure knows her way around the vineyards and with this introduction obviously understands value-for-money.

Today, just co-incidentally, she’s marrying Clare/Adelaide Hills winemaker David O’Leary, which is a great cause for celebration. I’m jealous of both of them. They’ll drink well …

Congratulations, you two – have a glorious day! 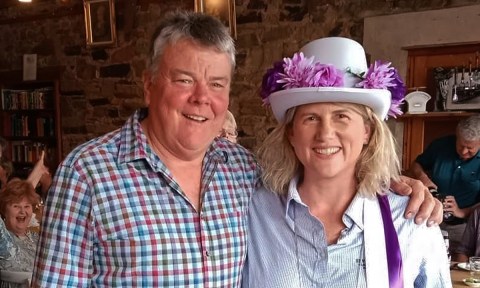