It’s the wine show season, when the email in-trays of wine critics overflow with results catalogues and press releases triumphantly declaring that this winery or that has been victorious in this class or that at one show or another.

These results are impossible to report fairly. Wine columns everywhere would be clogged for half the year with lists of winners. In order to properly review them, critics would have either to taste the winners themselves or call the judges to consult their notes and depend upon their evaluation and recollection.

If you’ve ever seen the personal shorthand scribbles many proficient judges use when panting down endless lines of glasses, you probably wouldn’t bother to expect these individuals to decipher their own notes accurately, or remember the character of the wine in question.

Such thorough research is beyond the scope of most writers: it would take an interminable stretch of time which no publisher could afford.

Last Friday, both Clare and McLaren Vale shows held their grand awards lunches. It’s taken several days for this critic to begin to absorb the implications of the McLaren Vale results, which you can see, in full, here.

In the list of purposes the management committee says its selected judges work to, prominent is number #5, which states the show is conducted “to innovate, engage and educate in order to enable the producers to connect with media and the general public to build interest in the region as a whole”.

It’s not an insurmountable task to absorb the list of trophy winners at such a regional event, and those who picked up gold. Sure, one can bicker over this wine or that; show judges are very human critters – they vary.

What transfixes this writer is the long list of losers.

This year, 113 exhibitors entered 799 wines in the Vales competition.

Of these, about 33 per cent won bronze medals. Bronze medals indicate wines which, when tasted blind, a team of three judges agreed to be worth between 15.5/20 points and 17/20.

In the many long days this writer spent nudging show judging benches, a bronze meant the wine was free of faults. In other words, it was technically sound, and was a fair representation of what it purported to be: not a bad drink.

In a region which touts its excellence and claims constantly to make better wine than others – which they all claim – one would expect most of the entered wines to win bronze.

But then, another 40 per cent fell short of even that lowly gong. One therefore presumes these wines were faulty and/or not fair representatives of the class: the judges agreed these entries fell short of being what they claimed to be.

If these results are gold-chip solid, they suggest an untrained visitor to the region would have about one in two chances of tasting or procuring a wine the judges thought was much good. 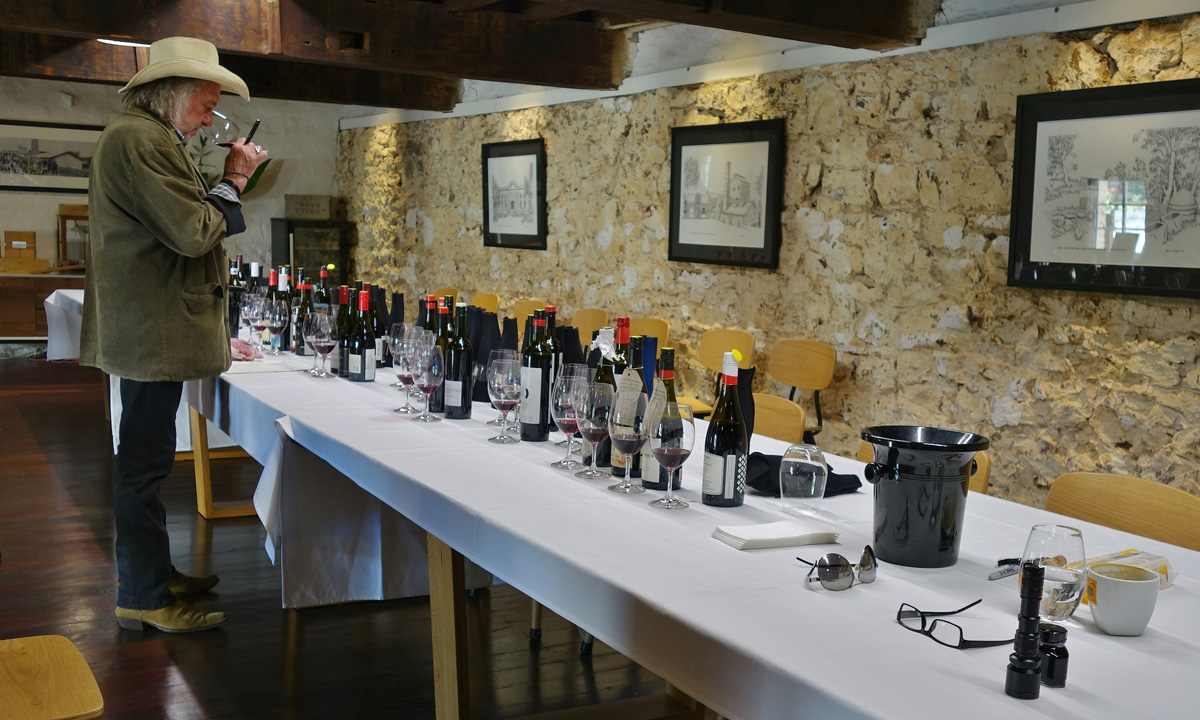 Usually, when writing thorough reviews, the author prefers to taste in his own sweet time, knowing what the wine is, where it’s from, and its price.

It’s the same everywhere, of course: this is in no way unique to McLaren Vale, where this writer chooses to live. There are about 50 regional and state wine shows each year like this one, without counting the dozens of tasting competitions mounted by the more prominent wine writers and other associations serving other purposes.

Like other writers who taste thousands of wines in a working year, this one is painfully aware that a great deal of Australia’s wine is actually far from ideal.

The wine-writing profession is expected by the industry it reports, and most publishers, to ignore this reality. Bling not only sells wine, it also helps to sell hectares of advertising for those who use it most ruthlessly: trumping on about how much gold and silver some winemaker took home in their boot.

This critic has written for decades about these issues, and the variability of results from one show to another. Nothing changes.

When scouring the list of losers, one finds it stacked with very famous names, many of whom deserve better. They were missed; overlooked; misunderstood.

This applies most to adventurous pioneers of wine; those who try new varieties more appropriate to their place, or play with old styles, modifying and improving, pushing boundaries.

In the McLaren Vale instance, most entries from producers of allegedly “natural” wines figure prominently in the losers’ list, a miserable grading which could perhaps be justified by the white coats and rote industrialists.

But they’re joined there at the bottom by many producers who make more stable, reliable, clean wines with similar green intentions, and many whose wines just slug away reliably, profitably, year after year. The show catalogues do bugger all to explain their perhaps misled judgments.

This leaves open a gaping opportunity for the likes of James Halliday, who with his employed crew, conduct an annual tasting of nearly every wine in the country and publish opinions on each of them. Always notable is the high percentage of wineries awarded the full five stars.

Entry fees, book sales and pay-walled websites would appear to make this a highly lucrative business.

On that score, Halliday’s team corrects the very problem addressed here: unlike the wine shows, few miss out.

All of which brings to mind Max Schubert, whose first radical Granges were ridiculed to the point where his employers ordered him to cease their production. Which he famously refused to do: he took his whole exercise underground. Then, when he eventually revealed he’d never stopped, he dared to enter some wine in the Royal Melbourne Wine Show. Both his 1965 and ’67 Granges won the most coveted red trophy of the day: the Jimmy Watson.

Confusingly, the Big Jim is awarded to the best one-year-old dry red in the show, a category one would hope would include some basic drinkability. Like accessibility. Jimmy Watson’s Wine Bar donated the trophy and bought a barrel of the winner each year to serve as house wine in jugs.

Anyone who’s had the opportunity to taste Grange at one year, from the wood, knows that such a thought is ludicrous. As babes, Granges are like drinking black road metal.

As if to prove their sensibility, just a few years later the judges gave the Jim for once to a Riverland wine: Brian Barry’s gorgeous, similarly revolutionary cold-soaked Berri Estates Cabernet Shiraz 1972.

If the dying Murray-Darling has a vinous purpose, surely it’s making such modestly-priced beauties that are better than easy on the swallow. If they’re really good, like that Berri, they’ll stay good to drink, even improving, for decades.

If the Australian wine show system gets close to doing what it was set up for, which was to improve wine across the board, you should hope the entire bloody Basin would by now have won a few more Jims.

In such leviathan loco motion as the show juggernaut, not much has changed since World War II.

But then, like the shows, in all their best intentions, that scandal too is not yet finished. Best to keep these things in perspective.