The journey began when Mauricio Ruiz Cantu decided to study winemaking and viticulture at the University of Adelaide in 2010.

After graduating in 2014, Ruiz returned to his native Mexico with a small shipment of Barossa Shiraz he had made for fun in 2013 and called Juguette (hoo-get-tay), a Spanish word for toy. He sold the wine in Mexico to fund his trip and to prove to his family the South Australian education had been worthwhile.

The Mexicans loved it.

Knowing he was on to something, Ruiz partnered with friend Ben Caldwell, who he had met at university, and went into business after the 2014 Australian vintage. Ruiz based himself in Mexico to establish a distribution network while Caldwell took responsibility for the wine from their base in the McLaren Vale wine region of South Australia.

In just four years their production has grown from 1400-litres to 130,000-litres across their Juguette and Somos brands, with about 80 per cent of all wine produced being sold in more than 100 outlets across Mexico.

The Juguette offering has expanded from that first Barossa Shiraz to five wines including a McLaren Vale Grenache/Mataro, Langhorne Creek Cabernet Merlot and Adelaide Hills Sauvignon Blanc. A sixth wine – a high-end 2018 Chardonnay from Piccadilly in the Adelaide Hills – will debut in Mexico early next year.

“They’re all classic varieties from regions where they are traditionally grown and they try to showcase what Australian wine is all about. Australian wine in Mexico is not really a thing so we’re pioneering it in a way.

“It’s definitely put Australian wine a bit more on the map in Mexico, people now think of Australia as somewhere that makes wine whereas perhaps before they didn’t or if they did they just knew some of the mass-produced entry level brands, which are also in Mexico.”

Ruiz’s brother Manuel is commercial director at Juguette, which has its Mexican base in Monterrey and a small warehouse in Mexico City.

“The market has grown a lot in the past 10 years – we want to be part of that growth and market ourselves as both a Mexican product and an Australian product.

“Our wine is on premise in a lot of restaurants and cafes and through specialty wine retailers and boutique supermarkets.”

Juguette is a 100 per cent Mexican brand and represents about 80 per cent of the business. The wine starts at the equivalent of about $20 a bottle for the Sauvignon Blanc through to $45 for the Barossa Shiraz.

“We call it Mexican wine made in Australia for Mexicans by a Mexican and an Australian,” Caldwell says.

While the business has grown from a fun project that encapsulates Ruiz and Caldwell’s passion for making good wine to something with real commercial potential, the duo still want room to explore the more artistic side of winemaking.

In 2015 they started their Australian label Somos, which is the Spanish verb for ‘we are’. But unlike the traditional styles of Juguette, Somos takes a minimal intervention approach to alternative varieties such as Aglianico, Cinsault and Barbera.

They are also preparing to bring the business full circle by exporting wine they have made together in Mexico to Australia and selling it under the Somos label.

Using grapes grown in a friend’s vineyard in Baja California, they made about 100 cases of 2017 Tempranillo last year and hope to ship it to Australia for sale in the coming weeks.

Ruiz helped his family plant a vineyard in the Ojos Negros region of Baja California, about 200km south of the US city of San Diego, five years ago.

Next month when the Mexican grape harvest begins, Caldwell, 33, and Ruiz, 30, will make about 150 cases of Nebbiolo from the Ruiz family vineyard to be part of the Somos range in the future. 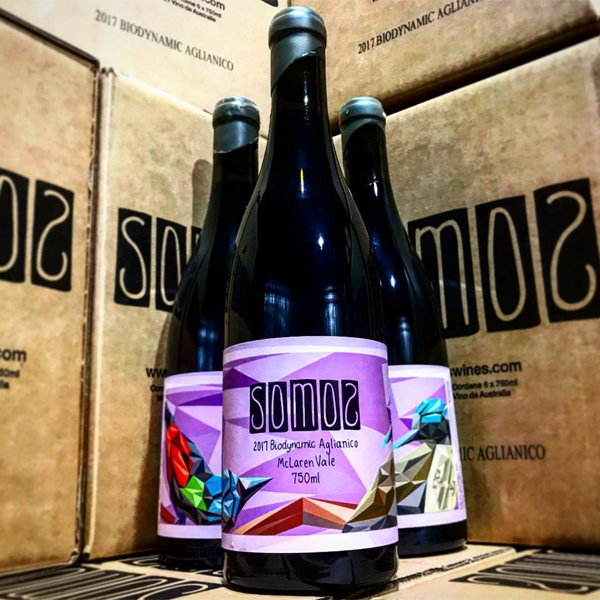 Caldwell compares the hot summer days, cool nights and rainfall in Ojos Negros as about on a par with those experienced in the Clare Valley here in SA.

He says the relatively small amount of Mexican wine they produce will be sold through the Somos website and allocated to its distributors on the east coast, South Australia and Western Australia when it arrives.

“It brings it full circle, it’s also something that’s never been done. As far as we know this will be the first Mexican wine imported into Australia so it’s something people haven’t seen before,” Caldwell says.

“When people think of Mexico they think of tacos, Corona and cheap tequila, they don’t think of wine.

“We’re just making a little fun project to send back to Australia, it’s not a huge part of the business it’s just a nice little project, it closes the loop and it gives a unique aspect to Somos.”

The pair’s winemaking experience is not limited to Australia. Between them they have also worked vintages in Spain, New Zealand and the United States.

Caldwell, who only quit his day job in McLaren Vale three months ago, will soon head to Mexico for the September to November vintage.

Ruiz typically spends eight months a year in Mexico, returning to McLaren Vale for four months during the February to May vintage.

According to Wine Australia, about 30 per cent of the Mexican wine market is made up of domestic wines with the remainder imported from countries including Chile, Spain, Italy, USA and Australia. The growth of the market has been steady in recent years and is being spurred on by a growing middle class.

Australian wine is subject to a 20 per cent tariff while European, American and Chilean wines have duty free entry. However, Australia and Mexico are parties to the Trans-Pacific-Partnership Agreement (TPP) currently under negotiation, which may pave the path for future tariff elimination. 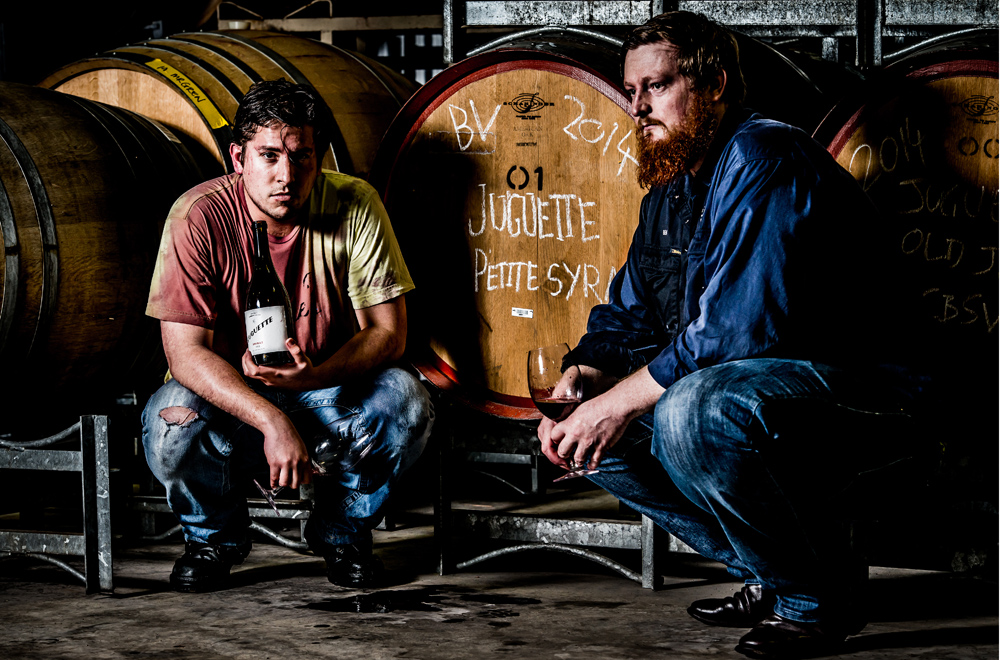 Caldwell says despite its population of 127 million, the amount of domestic wine produced in Mexico is comparable to the production of McLaren Vale.

The shipments, which are now up to about seven 11,000-case containers a year, take about 10 weeks to make the journey from Adelaide to the port of Manzanillo on Mexico’s southwest coast.

The most recent shipment of two containers last month included freshly bottled 2018 Sauvignon Blanc, 2017 Cabernet Merlot and a small amount of Somos, which is proving popular in Mexico City.

Caldwell says they also sell wine to the Australian Embassy in Mexico, where it is served to visiting dignitaries.

“There’s a lot of interest in Mexico City for Somos and those more minimal intervention wines, it’s definitely a global city and it’s the seat of government so there is a lot of international tourism there,” he says.

“In terms of volume I think Juguette will forever be the larger volume project, it’s more classical wine with more mass appeal for drinkers of all levels and it’s solely focused on Mexico.”