It was a touch over 30 years ago that I met Michael Waugh, stonemason. He was building the Rockford winery, carefully ensuring it looked at least a hundred years old. He joked that one day a Mercedes hire car drew up, the rear window went down and an elderly woman told him to stop pulling that fine old wall down.

It wasn’t long before I learned Michael grew grapes near Greenock, on the Creek. He’d made a couple of amazing, intense wines in a brick fermenter he’d built against his kitchen wall. It wasn’t long after that we got fried drinking Southwark in Norty Schluter’s Greenock Creek Tavern where we fantasised and frothed on about building up a suite of little vineyards around his cottage, putting a separate block on each of the various geologies there. We scribbled numbers on the back of an envelope, decided it would work. Off he went and did it. I think it worked.

Eventually, he built a fine little winery. And then with wife Annabelle, bought the old Marananga restaurant/gallery/B&B complex to make a sales and tasting room.

Greenock Creek now has roughly 50 acres of vineyard on five quite distinct geologies and aspects.

The Seven Acre’s in schisty siltstone and quartzite, the Creek blocks are in alluvial clays, Alice’s is in Yudnamutana siltstone, Apricot’s in deep ferruginous loam and Roennfeldt’s and the Grenache is in a mess of ancient rubble and quartzite that Michael calls Hopeless Hill.

All these years later, it’s easy to shrug a “so what?” and comment that all this stuff about geology and terroir is probably bullshit and that everyone’s doing it regardless. 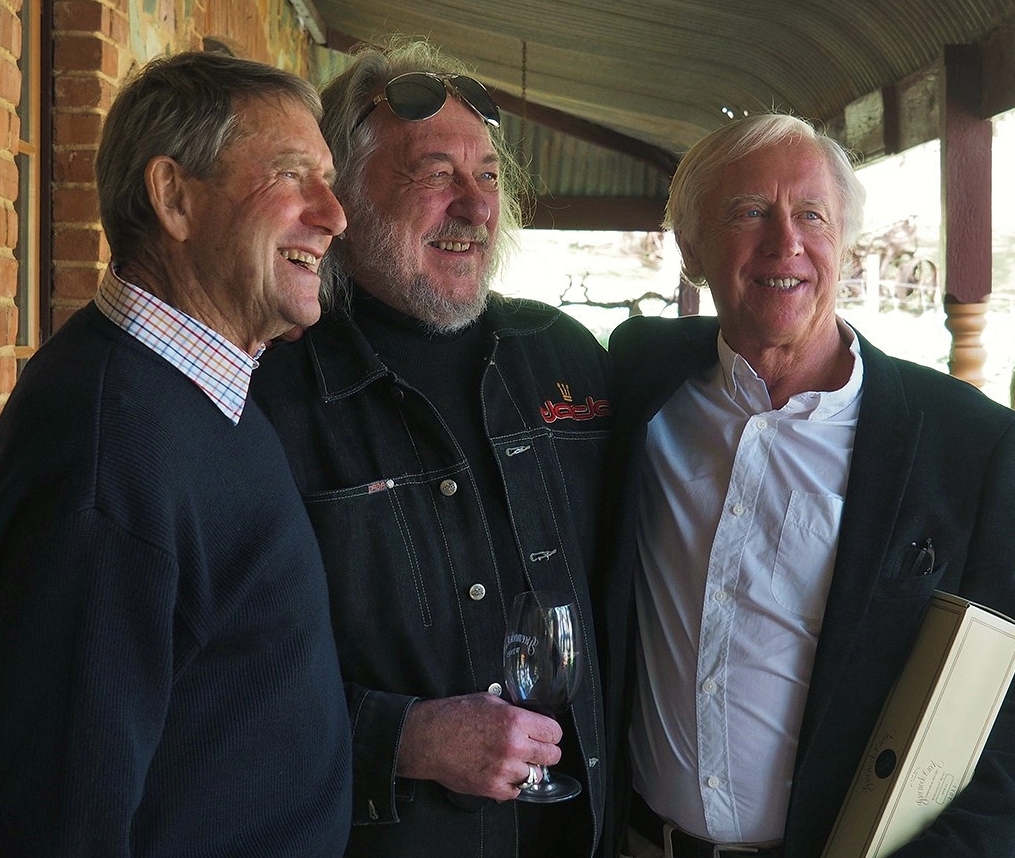 Well, now we know terroir is not bullshit. Anyone lucky or smart enough to nudge the rubbing strakes at that tasting room bar, to work through the five vineyard specific Shiraz wines, the Mataro, two Cabernets and a Grenache, can only leave leering and confounded at the obvious differences they offer: that incredible range of flavours the winemaker achieved with fanatical vineyard husbandry, pruning and trellising each block to best suit its place, then fermenting, maturing and bottling each batch individually.

That was a very rare and wild thought we had that night in the pub. It wasn’t really new on the international scale: the Burgundians had long been the masters of small estate grapegrowing and small batch winemaking, true to each block. But compared to Burgundy, the geologies available to Michael, all within a couple of kilometres radius of his house, made Burgundy look as mono as Coonawarra.

In the ’80s, arrogant viticulturists were still convinced that with their new science and theories of canopy management and whatnot, their technology could always overcome the wiles of nature to deliver a homogenised, dead reliable industrial consistency of flavour with no hiccups. That was the decade, after all, in which very big wineries quietly conspired with a naive State Government to mount the notorious vine pull scheme.

On the face of it, this was a noble plan to rationalise inefficient grapegrowers with cash incentives to pull up their vines and get out of the business. One didn’t have to look very hard to realise it was really an attempt to clean out the Barossa’s peasant-scale patchwork of old vineyards, limit the number of growers, and remodel the Valley’s viticulture to make it more consistently, industrially samey, like Coonawarra.

It was a battle, but we stopped that.

From the start, I helped Michael with his annual newsletter, enjoying that moment every year or two when another vineyard, fresh-planted or purchased, would come on line. The wines were immediately well regarded for their intense soul and individuality, and yep, quite often their brazen alcoholic power. Michael always seemed to pick with a different approach to others: sugar was never singularly the signal. Rather, he’d call the pickers when the grapes’ natural acidity began to fall. It didn’t always work, but generally his wines displayed a better balance than many of his rivals and emulators.

It was the biggest, boldest and most overwhelming wines that began to lure the attention of the US critic, Robert Parker Jr., who was soon handing perfect 100/100 scores to those strongest, perhaps more imbalanced of them. That started a sales boom in the US. Everyone got in on the action: it seemed all that was needed was buckets of colour and alcohol and everyone could buy a Ferarri.

Inexorably, over a decade, the average alcohol in Barossa Shiraz rose and rose to the point of stupidity. That phase, fortunately, has waned with Parker’s influence, and now we even have winemakers appreciating the beauty of the occasional Greenock Creek reds that hit the market at 12.5%. Upward is not always onward.

There was a sob in Michael’s voice a few months back, when he called to tell me that he was too far into his seventies to keep running such a hands-on, complex, if thriving business. He’d had a long hard think with his beloved Annabelle and decided to sell their lives’ physical accomplishments and retire, hopefully with their satisfaction intact.

Go sit somewhere and have a coffee. Or a steak and a great old red.

I’ve stayed out of the way whilst the procedure of advertising, negotiation and sale takes its complex course – that’s none of my business – but I believe this phase is nearing its conclusion. Michael reports some very keen interest and leaves it at that. No details; I don’t ask.

When it’s all settled, I wish my dear friends the happiest days of pleasure through the rest of their lives, and the very best of luck to Michael when his pruning hand gets twitchy. He’s just got to learn to put that energy to use polishing the spokes of his Jag, before pointing that wicked puss at a winding white line. I hope it leads this way.

Not many of us will leave such a beautiful and justly admired agricultural/gastronomic monument when we clock off for a spell. These Waughs haven’t wasted any time. I’m sure that won’t change.