He hit me on the right day. Screwy neurology had me off the ethanol for a while so I was now fresh and thirsty. Charles Lawrence, my dangerous sports-obsessed American friend from Japan who works at Karatta Wines at Robe, called by with a mind-blowing Spanish red Duane Coates had given him at Kuitpo.

Charles is like that. Last cracker he brought me from Japan was a Shiraz from Canada. Blat!

But this new wine came from an upland part of north-west Spain called Bierzo. Its maker, Alejandro Luna was a lawyer who ran away to join the family wine business in 2001. He made this red in 2008. Now, at 10 years of age, it’s available through Rob Hill Smith’s Negociants International.

I don’t expect this Luna Beberide Bierzo Mencía 2008 to last long in the Negociants chaise. It’s far too good for that.

The grape is Mencía, which had been suspected of being a relative of Cabernet franc – they share some attributes of flavour and aroma – but has since proven to be genetically identical to the Jaen of Portugal.

That first whiff still rings harmonics round my vaulted halls of smell. It was alarming. It reminded me of eau-de-cologne mint, Mentha x piperita var citrata. This is not the sort of aroma one expects of a 10-year-old red. After that first blast it mellowed but still oozed that vibrant minty citrus till the bottle coughed its last: lingering like bergamot, the powerful Citrus x limon oil used to flavour Earl Grey tea.

When the fruit arrived, it trapezed from mulberry through the pickled bitter cherries amarene sotto spirito of Abruzzo through tiny Koroneiki olives, pickled, to the very edgy juniper and on into the dangerous nightshades.

I suspect this natural component of the Cabernet sauvignon family – Sauvignon blanc, in particular – oxidises to produce that dusty hempy smell which reminds many of that sniff they once had of a superphosphate sack, way back in the days before the pricks replaced plant fibres with their own patented petroplastics.

Superphosphate is made from birdshit, which builds entire islands like Nauru, which Australia has stopped digging up for money and now uses to lock refugees, and refugee children, in cages.

I reckon the whiff of burlap methoxypyrazine subliminally brings guano to the minds of many tasters, who politely call it “minerality”.

As a kid in the south Gippsland ranges, I’d love it when my grandfather took a super bag from beneath his giant arse on the little grey Fergie tractor, unfolded it, tucked one corner of it into another to make a peaked hood, and put it over my head and shoulders in the rain. It was like a little private house to walk about in; the acrid guano and hemp combined so well I never once smelled Pop’s bum there.

Having been completely entertained by that aroma for as long as it usually takes to drink a glass, I eventually drank some. I’d been reluctant to be disappointed. Never happened. Man, I was tantalised. It was tight and wiry, and shiny like a whip aerial until those nightshade/hempen tannins loomed up to surround it.

After an hour of air, these were being overtaken by the sweeter pipe tobacco flavours: Mac Baren’s Plumcake, fresh from the tin via a good Stanwell Danish briar. While tighter and less soulful, that tobacco reminded me of the lovely Basket Range Merlot of the Broderick family.

Which provided another link: when I scoured the cobweb for vids and pix of Bierzo, it seems there are revered older bushvines growing in a gibber rubble that looks like Basket Range sandstone. Quartz (silica), schist, decomposed slate and calcrete are also common there. Although the Bierzo soils are largely acidic rather than alkaline, these geologies seem quite close to the types offered by the Mount Lofty Ranges, and indeed their northern extension, the Flinders. 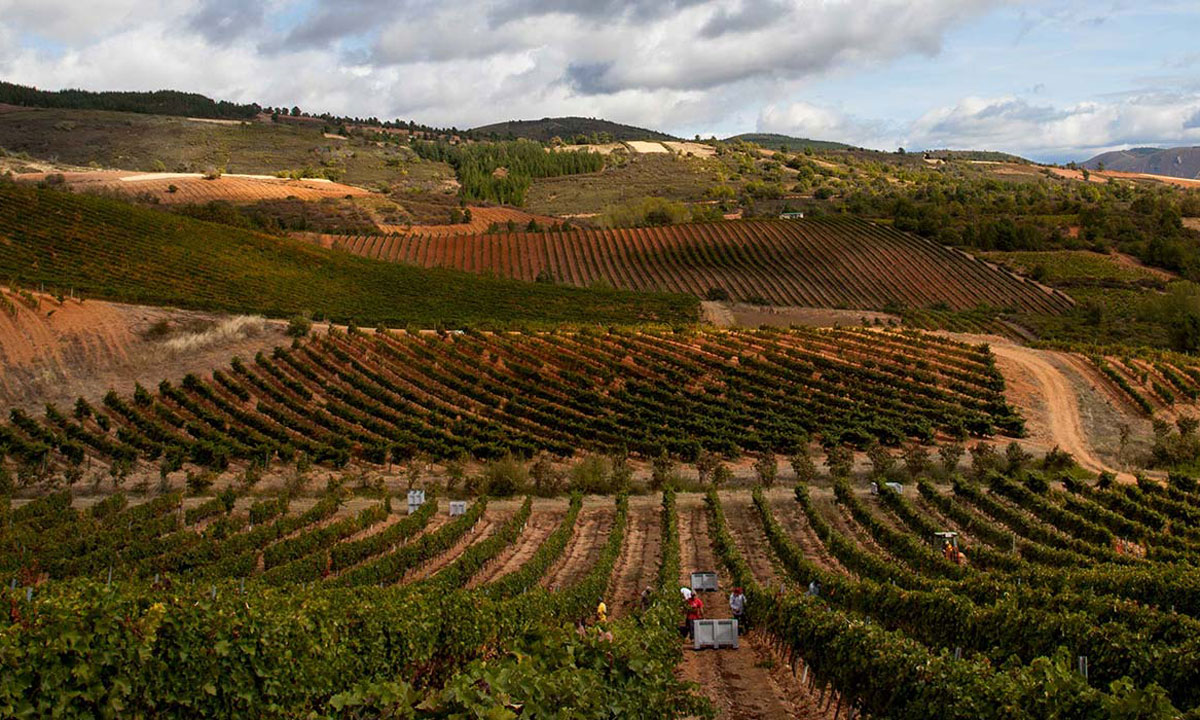 Modern viniculture trellising is ready to rob old quality to pay instead for tonnes in Bierzo, just as everywhere else on Earth.

“It must have been a tough little bastard in its youth,” I said, imagining the whingeing about it on the wine chat scrolls. Charles agreed. We couldn’t believe the damn thing was 10 years old. It seems about three.

Today, I’ve checked those chat room reviews. Yep. For years they were full of whinging about the 2008 Bierzos. “Gritty and forceful.” “Very little fruit.” “Short and unremarkable.” “A tannic mess.” “Green wood smoke.” “Stemminess on the nose.”

Until somebody eventually gets it: “Liked this better on day 2 (after storage in fridge in 1/2 bottle) – more integrated, green note has faded. Some cellar time is warranted.”

Like a decade, thanking Alejandro, who holds some of this wine aside for Negociants to ship mature. And thank you for making a wine that not once made me think of alcohol or oak. It’s only around 13.5% strong and was made and aged in stainless steel with wild yeast.

The vines, organically-farmed, are 40 years old. Since phylloxera killed all the original vineyards in the fading 1800s, these would be on rootstock.

This tight style: ungiving; taut; narrow – the opposite of gloopy – is what a great deal of finer wine was like before Robert Parker made big alcohol jampots fashionable. Some wise winemakers here are heading in a similar direction:  back to the future. Stephen Pannell and Peter Fraser come immediately to mind.

It remains to be seen whether the determination of such visionaries extends as far as to accommodate a variety like Mencía, which itself pushes that lithe, wiry, narrow, strapping to outright brittle form.

Given the altitude of the Luna vineyards, whose 70 hectares extend to 900 chilly metres, it may be safe to presume that if the variety was tried in the sandstone of Basket Range and the central Hills, or even as far south as the silica deposits of Mount Compass, these would be lower, warmer sites, and should produce flavour profiles and cross-sections which would be ready to drink before the passage of an entire decade.

This lovely wine blew me away. Its wild individuality; its intensity; its elegance.

The way it made me hungry.

When I checked with Brook at Negociants that it was indeed their current release, I was even more astonished to discover that it retails for $25. Which leaves me the other $50 I thought it’d cost to spend on jamón ibérico – black Spanish ham.

I do hope somebody pays to get Mencía through our sensible quarantine regulations, and tries it in the upland geologies that match Bierzo’s. Quick.