As if to quickly reassert itself, Penfolds set a new record when a punter picked up a Penfolds Bin 60A Coonawarra Cabernet-Kalimna Shiraz 1962 at auction in the Barossa for $14,562. But that was old.

The geriatric vines in the 4ha Hill of Grace Vineyard, out there where the scrub meets the savannah near Parrot Hill, survived the torrid rain and moulds of 2011, our wettest vintage, but in his quaint way Henschke boss Stephen Henschke released a statement explaining that “after the devastation of the wet 2011 no Henschke Hill of Grace was able to be made”. 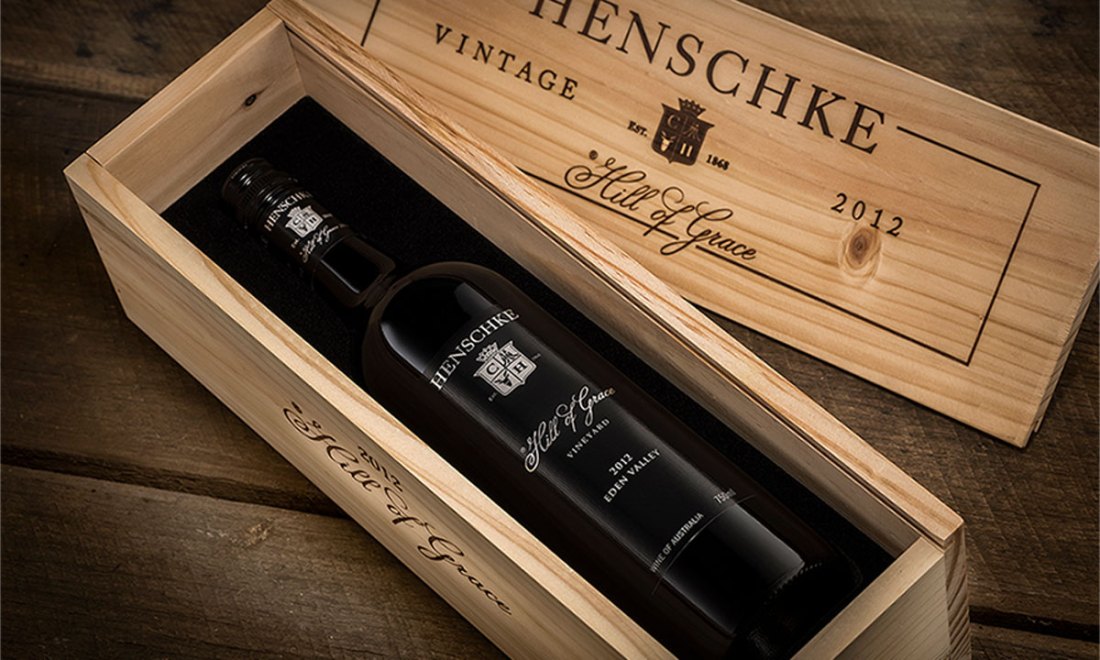 2012 should be good. As the priceless diaries at Kay’s Amery show, it is almost invariably the years following disastrous wet vintages that are the greatest along these South Mount Lofty Ranges. The 2012 Grange is certainly a mighty wine.

I’ve not seen the new Hill of Grace. Last Hill of Grace I drank was about five years back when Peter Gago took one from his own cellar and poured it alongside a Grange of the same year soon after their launch.

Traditionally, the 2012 Grange would have been released on May 1, making such comparison more tempting. Grange was always launched as a five-year-old. Only recently did the hungries in the Penfolds head office in Melbourne decide to move the release of Grange and other elite Penfolds bins forward to November. Maybe they need the Christmas sales. The wines certainly suffer being released five months younger.

Peter and I had been discussing this notion of value, and how the fruit of one gnarled old brigade of strugglers away out on the edge of the Badlands could be compared in terms of value to a blend made from a forensic selection of outstanding fruit from the best vineyards Penfolds can find among the thousands spread from Coonawarra to Clare.

Only a fool could suggest the sheer polished intensity, the impenetrable, near-brutalist architecture and engineering of the Grange was anything like the fragile old juice of the Hill of Grace. Of course they are both artefacts, but in comparison, the latter drank like the thinning blood of very old solders. There was little indicator both wines were made from the same variety.

The soused 2011 aside, I don’t know how much fruit is picked from Hill of Grace. Say they get 15 tonnes. If they were paying themselves at the same rate per tonne as Penfolds pays its Grange contributors – at least $10,000/tonne – their farm gate income for fruit is $150,000.

Then comes the value-adding. Like the Grange, the retail price of a 750ml bottle leaves a fair bit of room for margin.

Of all the years to compare the two wines quality-wise, 2011 would have been the best in a sense. Penfolds says the 2011 Grange includes some McLaren Vale fruit, but logical presumption and vintage horrors would suggest there wouldn’t be many Barossa vineyards in there, making it as close to a single-vineyard wine as it’s been.

It’s not the greatest Grange on earth, but despite the botrytis and mould of  2011 the wine is delicious. Just more supple. Simpler, sure, but still a lovely drink. Say there are three or four vineyards in there. Out of the hundreds Gago and his team scour in the lead-up to vintage, these make possible a wine. At Henschke headquarters, with only one vineyard to choose from, the decision was made: their fruit didn’t make the cut.

In a value thing, withholding a year now and then from a single-vineyard cult collectible adds perceived, and then real, value to the brand. People like that sort of honesty. It makes them feel special. In such a difficult year Bacchus only knows how close Gago emulates this increase in market fealty when he dramatically reduces the volume he manages to release, as opposed to not releasing a wine at all.

As Henschkes must have realised in 2011, scarcity can only increase value to a certain point. Which they must have learnt back in the ’90s, when they were facing a nasty infection of the rogue yeast brettanomyces in the Hill of Grace cellar. Just as golden staph loves living in hospitals, where there are few rival bugs, so does the cursed brett love life in old cellar stones and beams, from where it eventually eats into the barrels, from where it rips primary fruit from wine, leaving reds as dry and dusty as a coalman’s boots.

It’s not poisonous. Brett is a vital part of the flavour of many cheeses and certain drinks like the beautiful lambic beers of Belgium. Many winemakers like a little of it in their blends. But it can be a real threat to style if it’s not wanted and insists on moving in to your place.

In that late ’90s instance, the Henschke market didn’t seem to mind the variation in quality. It was during those ’90s vintages that the price of Hill of Grace began its determined climb to where it is now.

Which was probably necessary. Just as its costs heaps to keep geriatric vines alive and productive, so it costs a scary big stack of money to get the experts in with their steamers and whatnot to purge old heritage cellars of brett. Which Henschke had to do.

After all that, which wine is better?

Depends on the way you feel, I spose. One thing is sure: the kidney is a great little leveller.