Nebbiolo makes wines which are arguably Italy’s premier reds, at least by the measure of the big prices they can fetch, and they now undoubtedly sit alongside France’s Burgundy, Rhone and Bordeaux as the world’s greatest and most sought-after. But Nebbiolo is a grape that is not supposed to convert into inexpensive or easy-drinking wine. It’s an Italian wine variety not many people had even heard of as little as 20 years ago and which, until recently, looked like it might not amount to anything when grown in Australia.

Early new-world attempts at making Nebbiolo, by California and Washington State winemakers, saw them describe this finicky, almost aloof grape as being “like Pinot Noir with ‘tude (attitude)”.

Nebbiolo shares with Pinot Noir a radiant personality: it can be alluring, mysterious and thrilling with a lithe style and an essential elegance, rather than chunk and grunt (as is more typical say, of Cabernet or Shiraz). Nebbiolo wines share with Pinot a similar, ultra-fine finish that tingles in the mouth, the uplifting and essential character of great wine.

And like Pinot, Nebb won’t grow just anywhere. What really sets Nebbiolo apart from Pinot Noir, though, is tannin. There’s no escaping those tannins. 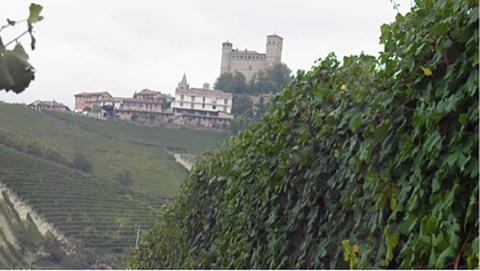 Looking through the Nebbiolo vines of ‘Marenca’ vineyard to the village of Serralunga in Piedmont; the heartland of Barolo.

Much as Burgundy has retained its primacy for Pinot Noir against all challengers, Nebbiolo’s heartland of Piedmont in the far north-west corner of Italy is still the place for the best wines. Most famous of these are the relatively small super-zones Barolo and Barbaresco, respectively just to the south and the north of the town of Alba, itself about an hour south of the regional capital Turin. The former is more diverse, but generally Barolo wines are weightier and more earthy with darker elements, while Barbaresco is more elegant, flowery, fruity and lively – and certainly a little less tannic. But in this neck of the woods, tannin levels are a relative thing!

In this area, too, are the next level of Nebbiolos, mostly appellated by their sub-regions, such as Langhe Nebbiolo or Nebbiolo d’Alba. These usually adjoin the zones of their senior siblings (Barolo and Barbaresco) and may also be drawn from their younger vines, or less favoured sites. Further to the north of this Langhe region – popularly referred to generically as Barolo – and into neighbouring Lombardy, there are pockets of very convincing Nebbiolo from areas like Gattinara, Lessona and Valtellina. Until fairly recently though, most of these wines were tough and needed some years to mellow and become approachable.

Whereas it was Kiwis and Californians who first developed economy versions of Pinot Noir with more juice and at least some of the thrill of Burgundy, the Piedmontese producers themselves began to realise that while their flagship Barolo and Barbaresco were getting recognition, they also needed economy versions.

Thankfully that means now for around $50 you can find excellent wines like Vietti’s ‘Perbacco’ Nebbiolo, perhaps the original of this accessible style, or the Nebbiolo ‘Santa Rosalia’ or lighter Langhe Nebbiolo from Brezza, a name very well-known by many Australian travellers to Barolo-land. Or there are wines drawn from Barolo pedigree like the Serralunga comune neighbours Massolino or Luigi Pira, or the Monforte comune producer Paolo Conterno, that give a peek at Barolo qualities. Even at around the $20 mark there are some really delicious, authentic and approachable Nebbiolo from the likes of Umberto Fiore, Giribaldi and Patrizi. 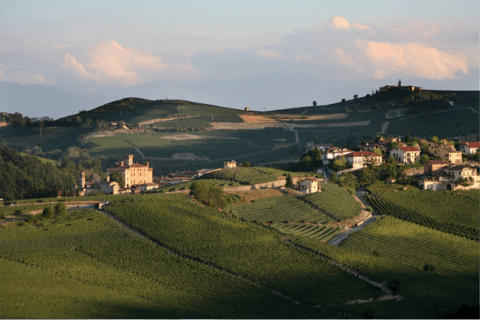 In the meantime, and from what frankly looked like pretty inauspicious beginnings, a handful of Oz pioneers tackled Nebbiolo. There are now dozens more, with some 70 to 80 trying their hand at this latest and very challenging ‘Holy Grail’.

How are we doing? Very well actually, and for this long-time aficionado we are at the point that I happily pack a bottle or two of an Australian-made Nebbiolo – an Arrivo, an SC Pannell, a Longview, a Pizzini or a Giaconda, to name just a few convincing participants – into the suitcase when Italy-bound. Of course for now, my Italian hosts still prefer a bottle of Hill of Grace or an old Rutherglen Tokay, or even a bag of macadamias, as we’ll never be able to match their Baroli…

Which brings us to Club Nebb, the inaugural Nebbiolo festival at the National Wine Centre on Saturday, September 10. It’s time to get as many Nebbiolos together, from as many sources as possible, locally and from distant lands, and put them under one roof for a thumping big tasting.

The event has four segments: a general admission with walk-around tastings of at least 80 Nebbs presented by makers and distributors; a seminar program covering an historic tasting of the progression in wines made by Longview Vineyard near Macclesfield, a wide-ranging look at the ‘Faces of Nebbiolo’ with examples from around Australia, other New World wines and various north Italian zones, and a session which looks at the biggest names (the benchmarks) from Barolo and Barbaresco.

By walking through the door on the day, you gain automatic admission to Club Nebb. And if you’re not already a convert, you surely will leave one and understand the motto “Give me Nebbiolo – or give me a very good excuse!”

To find out more about Club Nebb or to book tickets, click here. 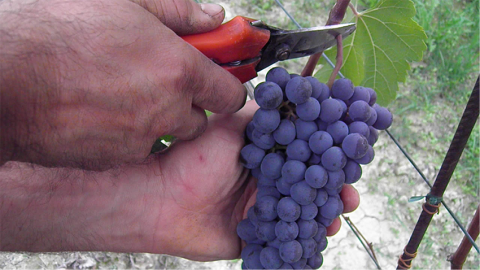 Perfection; a bunch of Nebbiolo, destined for Barolo, being hand-harvested in a Serralunga vineyard, during the now-legendary 2010 vintage.