“I sew, my mother sewed, my grandmother sewed and my daughter sews,” she says.

“With winemaking, you need that same attention to detail to get your grapes right and it’s exactly the same in the winery.”

Armstrong is primarily a horticulturalist, taking care of vineyards in both the Adelaide Hills and McLaren Vale.

Under her Sew & Sew label, she makes five different wines.

“The fruit comes out of the vineyards I manage,” she says.

“I grow the grapes and make the wine – for the McLaren Vale Shiraz, I actually planted the grapes, so the wines are handcrafted all the way through.”

From the Adelaide Hills vineyards, she makes a barrel-fermented Chardonnay, a Pinot noir and a cool-climate Syrah.

“I’m working with very traditional fruit at the moment, but I plan to venture into a couple of alternative varietals next year.” 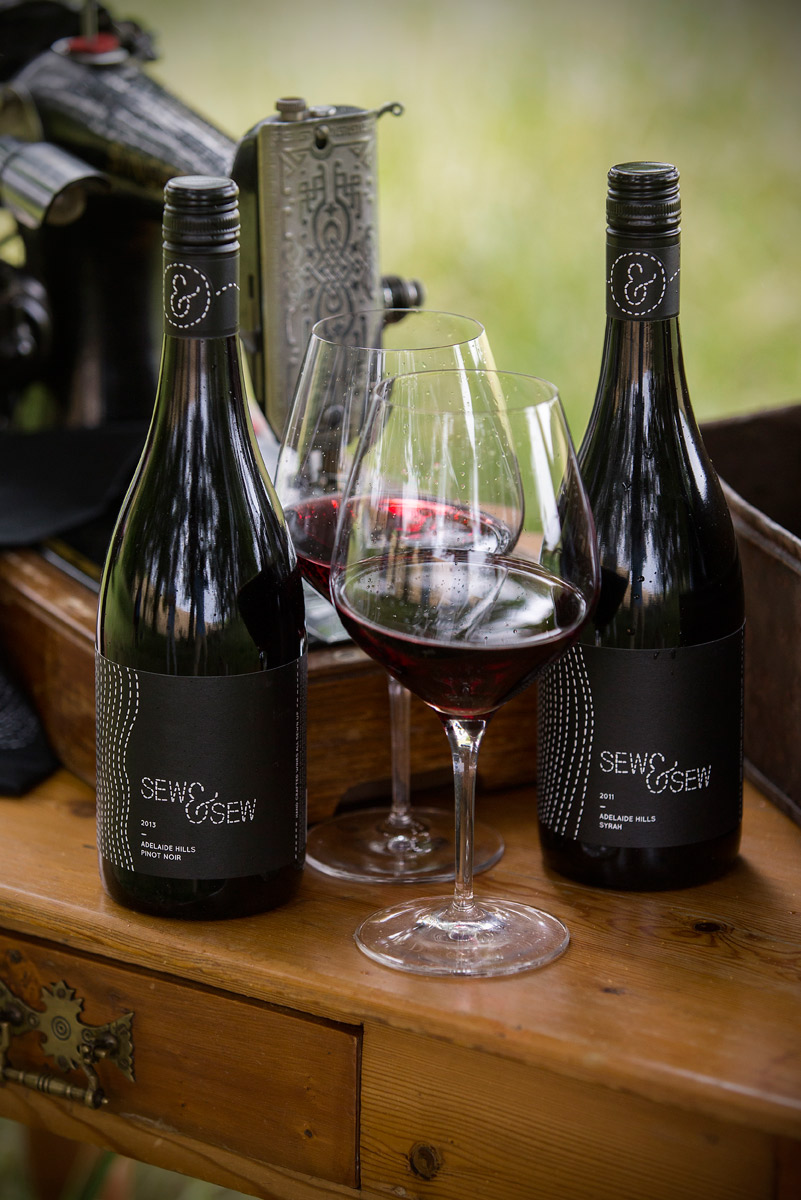 Armstrong’s first vintage was in 2012, but the wines have been released commercially for only 18 months.

Already they have featured on the wine lists at renowned restaurants such as Mantra, Yellow and the Four in Hand in Sydney, and locally at Orana, Andre’s Cucina and Africola.

But it’s not just the attention to detail in the winemaking process that the label Sew & Sew represents. Armstrong has used her interest in sewing to find a way to assist the women of Jakarata, Indonesia, after the 2013 floods.

“On a trip to Jakarta soon after the disaster, I delivered the clothes to the British Women’s Association in Mampang Prapatan, where they were distributing the basics needed to the flood victims,” she explains.

“Whilst there, I heard of a woman named Maria who formed a group teaching and empowering less-fortunate women who worked and lived on one of Jakarta’s refuse dumps.

“Maria was teaching them to sew so they could support themselves and their families and move away from lowly paid rubbish sorting.

“On a later trip to Jakarta, I was privileged to meet Maria and her hard-working passionate students who gain an improved life for their families.”

Armstrong was inspired to start a program with Maria for the group to hand sew Sew & Sew Wines’ gift bags, with the money made from the bags going directly to the community.

Armstrong will join 180 other South Australian food and wine producers at the 2016 Cellar Door Fest on February 26 to 28 at the Adelaide Convention Centre, where she will have her Sew & Sew range available for tasting and purchase.