Hours before I’m due to arrive at El Questro Wilderness Park in the remote Kimberley, I get a call from the general manager.

“I’ve organised something special for you,” he says. “You don’t have a problem with small planes do you?”

It’s not a complete lie. The size of the aircraft isn’t a problem, I just don’t like flying. But when someone offers you a scenic flight over the Kimberley, you don’t say no.

When my jet taxis past the single-engine craft at Kununurra Airport I fix a smile on my face, swallow some more pills and join the other passengers cooing at their tiny wings.

“I wish I was going on one of those,” the German backpacker seated behind me says.

My Kimberley Air Tour’s pilot Graeme tracks me down by the baggage carousel. “Were you hiding?” he frowns, holding up a sign with my name.

He’s earnest and quietly competent so with some deep breaths I climb into the front passenger seat of what I’m told is a Cessna 210.

“The Rolls Royce of Cessna,” Graeme says, patting its side.

As we trundle down the air strip my fear turns to excitement to see my first wild boab tree, standing with branches akimbo like a voluptuous woman who has neglected her hairbrush. Up in the air he tilts the wing to show Kelly’s Knob, the large, unfortunately named tree-topped mound that shadows Kununurra’s town centre before neat rows of Indian Sandalwood plantations unfold beneath us. 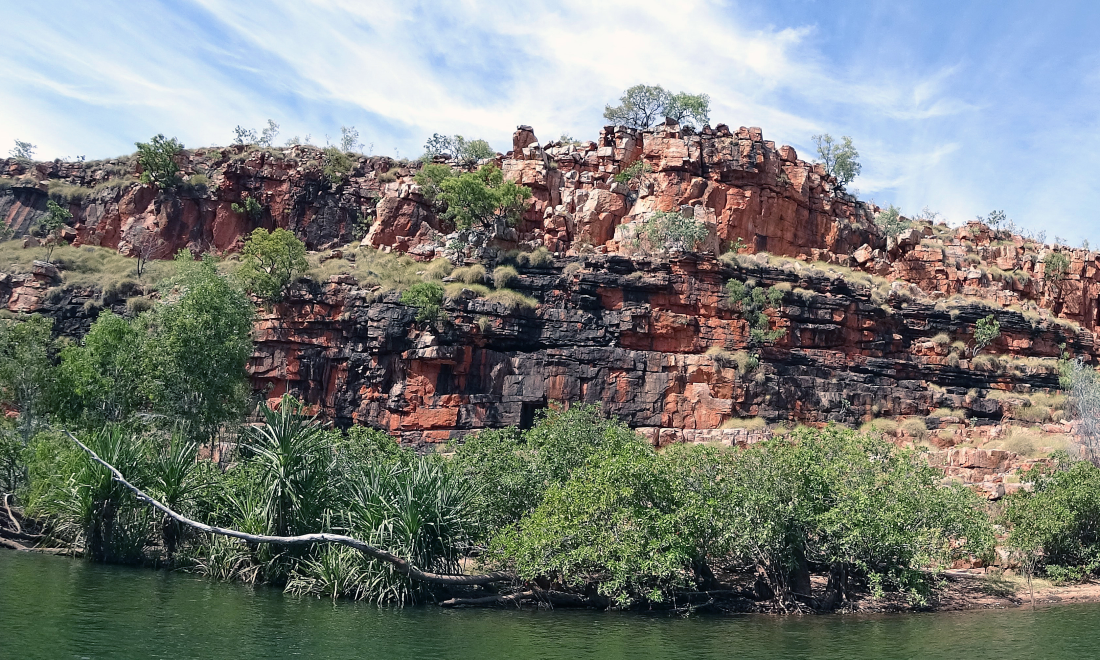 It’s May and the dry season is well underway. The landscape below seems to crumple in folds of green and peaks carpeted in spinifex. Patches of charred eucalypts sprout silver shoots from oxblood-stained earth before turning into groves of skeletal paperbarks clumped where rivers of fresh water must flow underground.

Above them stands the 120 metre-high, iron-stained Cockburn Cliffs, burnished pink and gold by the late afternoon sun.

“The cliffs used to be part of El Questro,” Lori tells me. “But the state government took them back so now they’re part of the national park.”

It was a deal struck with the station’s American owners Delaware North, in return for a 45-year pastoral lease over the remaining 700,000 acre property, she said.

But El Questro has been running as a tourist attraction for more than 25 years, since the former cattle station was bought by Englishman Will Burrel and his Australian wife Celia, nee Shelmerdine. 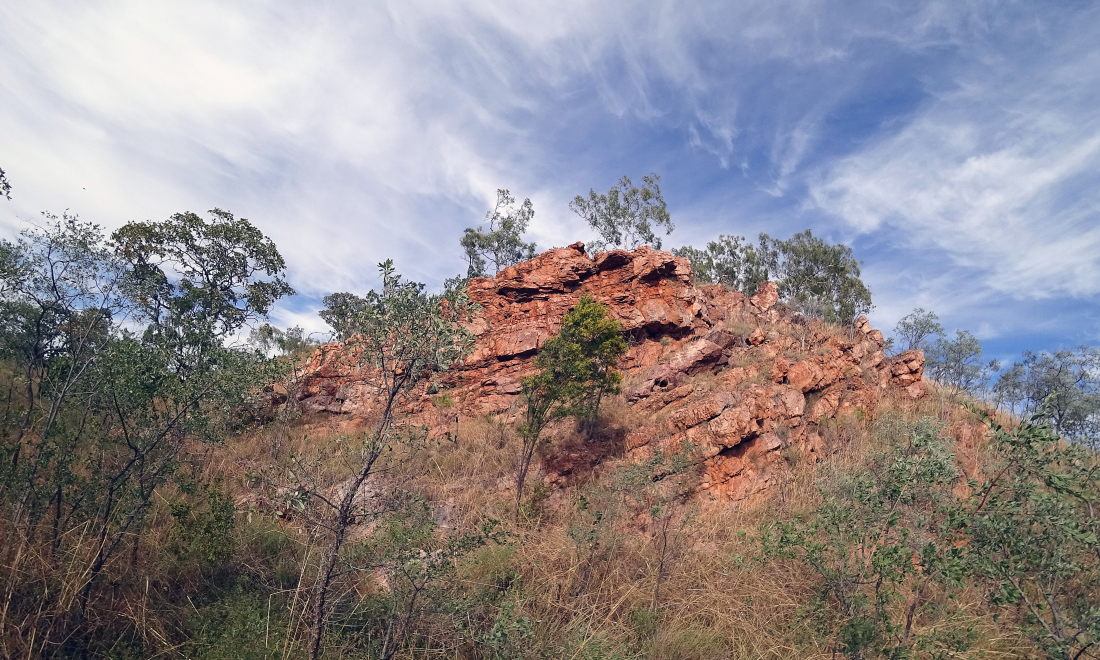 The pair purchased the then one million acre property for one million dollars and set out to build accommodation ranging from the basic camper and family holiday maker’s cabin to the high-end tourist who craves a bit of luxury and exclusivity.

The so-called “glamping” tent where I spend my nights at Emma Gorge Resort is priced somewhere in the middle.

Although the only thing my double bed and ensuite has in common with camping is the zip used to open the windows to let in the evening breeze.

Newly refurbished after a bushfire swept through the gorge and destroyed much of the resort’s accommodation in 2016, the 60 tented huts sit on stilts off the ground between groves of talcum-white gum trees.

Every morning I wake before sunrise, not to a shrill alarm but to the sound of pied butcher birds and finches greeting the dawn.

A short walk to the resort’s namesake Emma Gorge leads to a well-marked hiking trail across rough sandstone rocks as I follow the stream sheltered beneath the towering Cockatoo Cliffs.

I am all alone when I reach Emma’s Pool and slide into the smooth, cool water fed by a droplet waterfall stretching 35 metres high above my head. When it gets too cold, I drift over to a narrow alcove where a thermal spring heats the water to a warm bath.

As I float while looking up at the expanse of blue sky, it feels a bit like flying.

And I am not scared at all.

Getting there: Kununurra Airport is a three-hour direct flight from Perth with air or road transfers available to Emma Gorge Resort, El Questro Station or the Homestead.

Staying there: El Questro Station and Homestead are open to guests from April to October during the Kimberley’s dry season. Guest accommodation ranges from non-powered camping sites from $22 per night to safari-style tented huts at Emma Gorge and deluxe, adults only $3000-a-night cabins cantilevered over the Chamberlain River.

Playing there: Hike through epic gorges, relax in thermal springs, take a morning or sunset horse ride or travel by helicopter to remote fishing spots to catch barramundi.

Those after a less-active itinerary can cruise on the Chamberlain River, join in bird watching or enjoy a full-day four wheel drive tour of the property.

The writer stayed as a guest of El Questro Wilderness Park.