Berlin’s identity is sired by history and art, giving birth to a life-filled citizenry, rich in paradox.

As Franz Hessel wrote in his 1929 classic, Walking in Berlin, “…it’s a city that’s always on the go, of becoming something else”.

I’m lucky to be here, en flaneur, for a month of mid-morning coffees, lunchtime walks and galleries, afternoon reading followed by late-night outdoor films and concerts.

Berlin is owned by many; 3.5 million people from 187 nations, to be sure, and English is the lingua franca. Although fluent in German, here I don’t have to wrestle my verbs to the back of sentences if I don’t want to.

Meanwhile, a junior minister in Angela Merkel’s Government has complained that there wasn’t one waiter in a Berlin restaurant he attended who could take his order in German.

Street signs everywhere acknowledge 2018 as the year Simon Rattle finishes his 16-year reign as chief conductor of the Berlin Philharmonic. It’s a city with no fewer than six orchestras, three opera companies, a full-time ballet company of 90 dancers, and 50 theatres presenting both contemporary, cutting-edge theatre and German classics.

German writer Goethe said that “architecture is frozen music”, and indeed the streets of the German capital sing loud. It’s not only Bach, Beethoven, Wagner, Schumann and Brahms that you can “hear”, but David Bowie, Nick Cave and Iggy Pop, who were based in Berlin in the 1980s and ’90s.

The ’80s cult industrial rock band Einstürzende Neubauten is as relevant today as it ever was, heavy metal group Rammstein continues to split eardrums, and music’s future is in the hands of such events as the Berlin Atonal festival for sonic (ambient) and visual art.

The history of the world is snap frozen in Berlin’s buildings and structures. And, of course, none is more powerfully told than in the city’s relationship with the 20th century’s World War I and II, and the ensuing Cold War that followed.

The latter is condensed and nestled into Berlin’s urban form; apartment blocks in the old east and west are imprinted with competing ideologies. Nazism, communism, social democracy and capitalism all sing their respective songs.

It is the city whose Wall is one of the most compelling works of political architecture of all time, endlessly fascinating to its 5 million visitors per year.

And the world’s great contemporary architects have played here, too: Le Corbusier, Gropius, Foster, Piano, Gehry and many more. 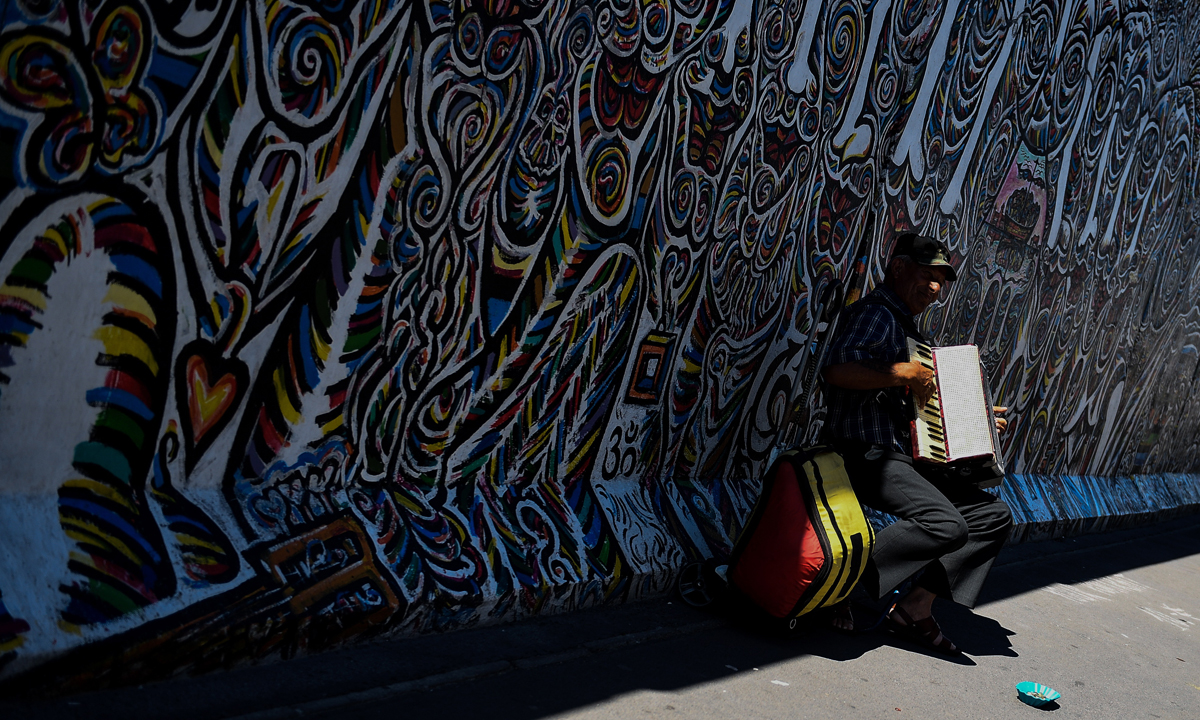 A street musician performs at the East Side Gallery on the former Berlin Wall. Photo: EPA

If the art of life lies in our ability to converse, then the history of Berlin – and its chapters of high culture, counter-culture, stygian nightlife and epic human failings – offers endless material with which to engage.

The city’s dark history cannot and should not be diluted or forgotten. Plaques have been placed in front of every house where Jewish people once lived in the 1930s and ’40s. Holocaust denying is against the law, punishable by imprisonment, as is use of the swastika.

Just around the corner from my apartment in Bernauer Strasse, two guards are stationed at the front of a Jewish synagogue and kindergarten. They stand there every day and all night.

In 2014, following anti-semitic rallies, Merkel’s government decreed that all Jewish institutions throughout Germany would have guards stationed at them to offer protection. The sins of their fathers (and mothers) will be carried by Germans for many generations.

And then there are the 600 galleries and 153 museums! The cluster of collections institutions on Museum Island is a UNESCO World Heritage Site. 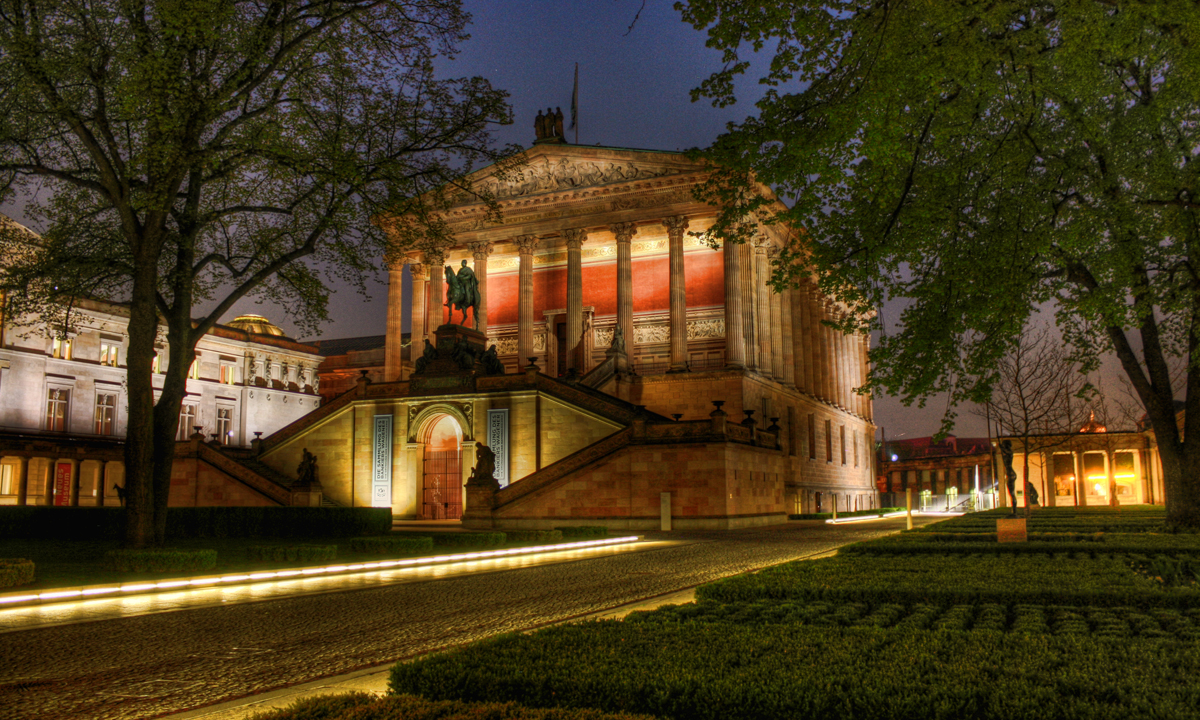 Berlin is teeming with artists; an estimated 20,000 creative spirits attracted by cheap rents, masses of studio space and the city’s dynamic, freewheeling spirit live in the capital. Cultural projects are generously funded and supported by many large and powerful institutions in the city.

The art, the intellectual stimulation and learning are part of life for all peoples of Germany. It isn’t thought of as a commodity for conversion to economic benefit, it is simply a social good.

Article 5 (3) of the German Constitution (Basic Law) states: “Arts and sciences, research and teaching shall be free.” The intention is that all members of society should have access to education and culture. Primary, secondary and tertiary education is free in Germany’s 19 states.

In July 2018, Germany’s Federal Arts Minister, Monika Grütters, announced a further 23 per cent increase in arts funding; that’s an extra 300 million euros ($A475 million) on top billions already provided. She did not imply that any of this was for economic activation.

“Berlin is like the human being who is everything: he composes Tristan and flies into space, he kills his lover and starts a war. And that’s why today you can only live here – Berlin is the darling of the gods…”