Many people ­– especially those over the age of 40 ­– still think of Moscow as the capital of the old Cold War enemy, irrespective of how they view contemporary global affairs.

And if you visit Russia’s capital to look for remnants from those times, your expectations will be met. With interest.

Some estimate there are more than 100 monuments in Moscow dedicated to Vladimir Lenin alone. I made no effort to find them during my recent weeks there but still came across several.

Monstrous government buildings still display the hammer and sickle symbol from the Soviet flag, the Soviet-built metro system is full of artwork from the era, and there are some unmissable visual tributes – including a statue of Yuri Gagarin towering above an insanely tall pedestal on one of the metropolitan area’s major roads.

But nostalgia seekers imagining they can half close their eyes and transport their minds to a 1980s version of Moscow are likely to be disappointed, because you can’t ignore other versions of Russia.

Some of the country’s imperial history remains, and religion now has a more obvious presence. Along with the reconstruction of famous cathedrals that had been destroyed by the communists – such as Moscow’s Kazan Cathedral and the Cathedral of Christ the Saviour – dozens of new churches continue to be built throughout the capital. 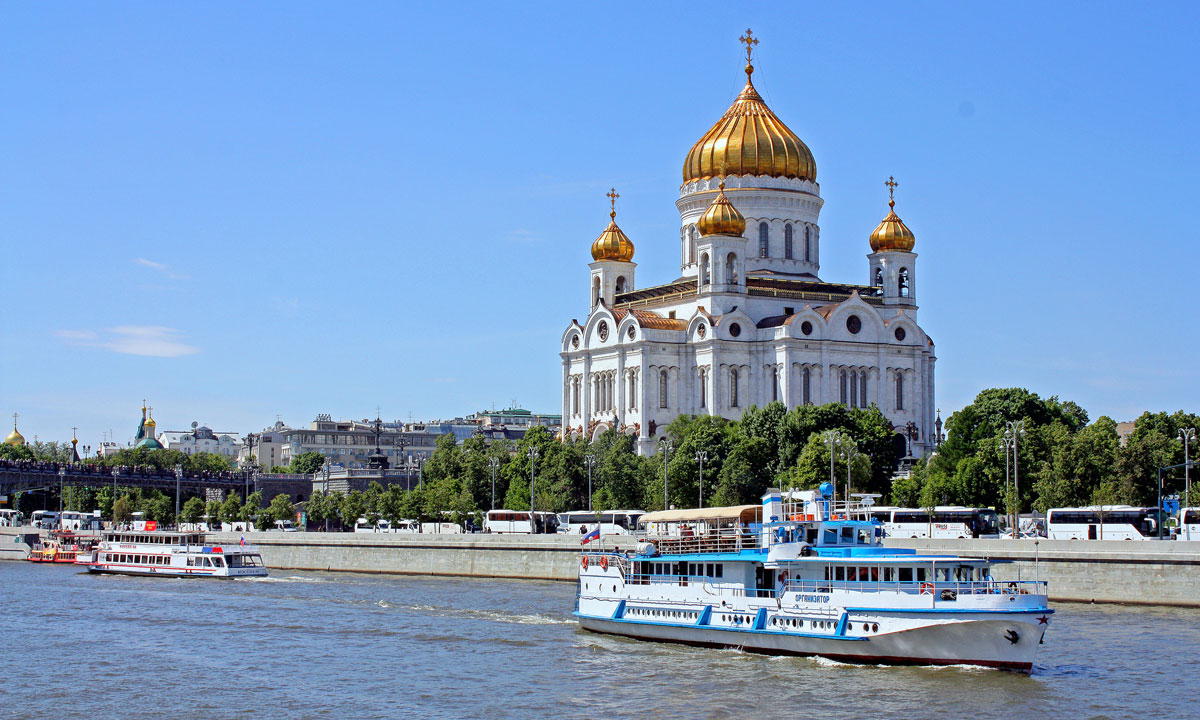 The Cathedral of Christ the Saviour. Photo: Andreas / Flickr

There’s also little reverence for Soviet-era relics. The steps of the city’s largest Lenin statue at Kaluzhskaya Square in the inner south appear to be a favourite spot for skateboarders wearing American streetwear brands to practice their tricks. One of the best vantage points for the Monument to the Revolution of 1905 (located in the Presnensky District, which was central to the uprising) is a McDonald’s restaurant across the road.

Macca’s is one of many examples of the real ism that replaced communism: consumerism.

If there were a genuine threat of a return to the system and ideology that dominated 20th-century Russia, the best campaign against it wouldn’t be retelling tales of those regimes’ shortcomings and atrocities; it would simply be reminding Muscovites that, deep down, the hard left has a real problem with the access to the profit-seeking western brands they’ve enjoyed over the last three decades.

While Soviet leaders sought to destroy – or at least denigrate – legacies that weren’t compatible with their societal vision, their successors in Russia have mostly been happy to keep the vestiges of communism in place.

And why not? It’s profitable. The same tourists looking for a country that no longer exists flock to shops selling freshly-minted shirts and accessories venerating the Soviet Union’s leaders. 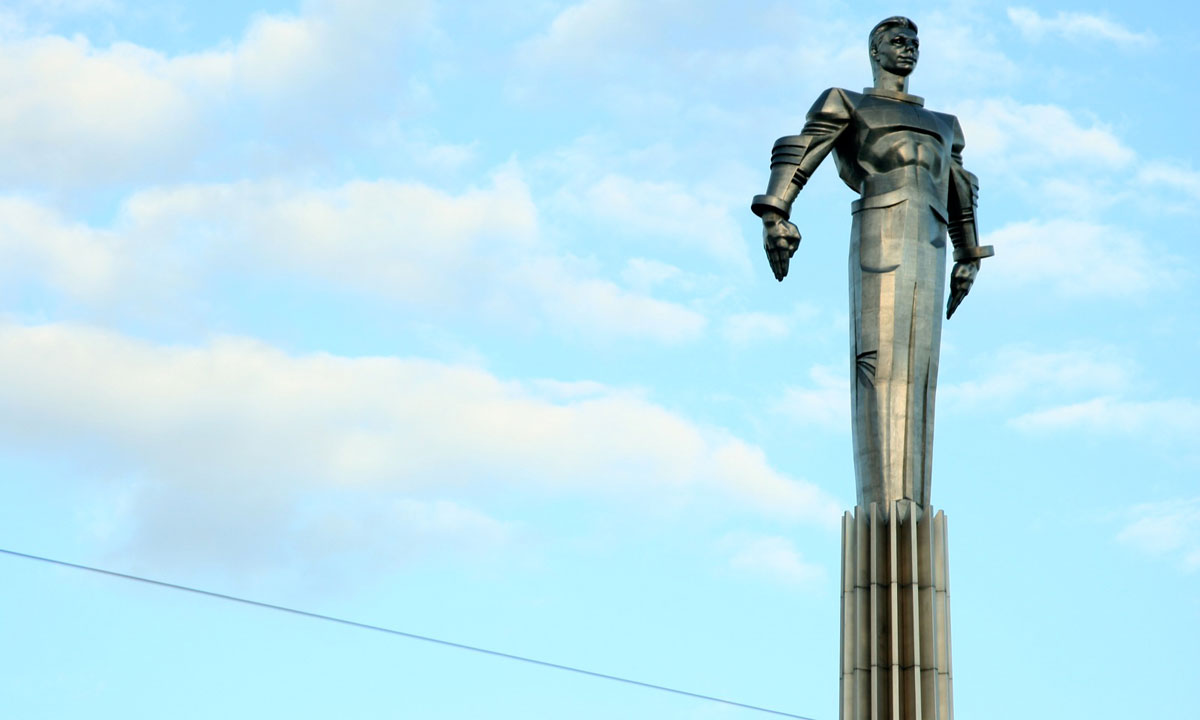 Well before its current program of church building began, Moscow had been called the Third Rome. The description followed the Fall of Constantinople (the Orthodox Church’s New Rome).

However you view that, in the 21st century, “all roads lead to Moscow” wouldn’t be much of an exaggeration in Russia.

Which is why it made sense to use Moscow as a base during the World Cup and simply travel to and from other places. Some of the host cities aren’t linked that well to others but you can rely on having plenty of transport options in and out of the capital.

Perhaps one of the most surprising things about Moscow is how few oddities it has. Sure, it’s massive, with at least 17 million people in its urban area, but its layout (perhaps combined with the high densities in its apartment blocks) makes it less imposing than similarly large metropolises.

And it’s quite safe. There is, understandably, extra security during the tournament. At the first match I attended I was patted down so intensely I thought I might have to ask the guard if he wanted to have a coffee with me after the game. The gym in one of the hotels I stayed at insisted that you showed your passport every time you entered. I even had my backpack checked before I entered a public park.

But these are just add-ons in a city which has no shortage of guards, police and CCTV cameras.

It also has a fairly civic-minded population which plays its part in another pleasant surprise for travellers – Moscow is cleaner than most of Europe’s large cities.

The Russian capital has boomed in the last two decades. Unemployment is low (though wages are, too) and infrastructure spending has been transformative. A couple of locals told me they were concerned that Moscow and Saint Petersburg received too much public money at the expense of other cities and regions. 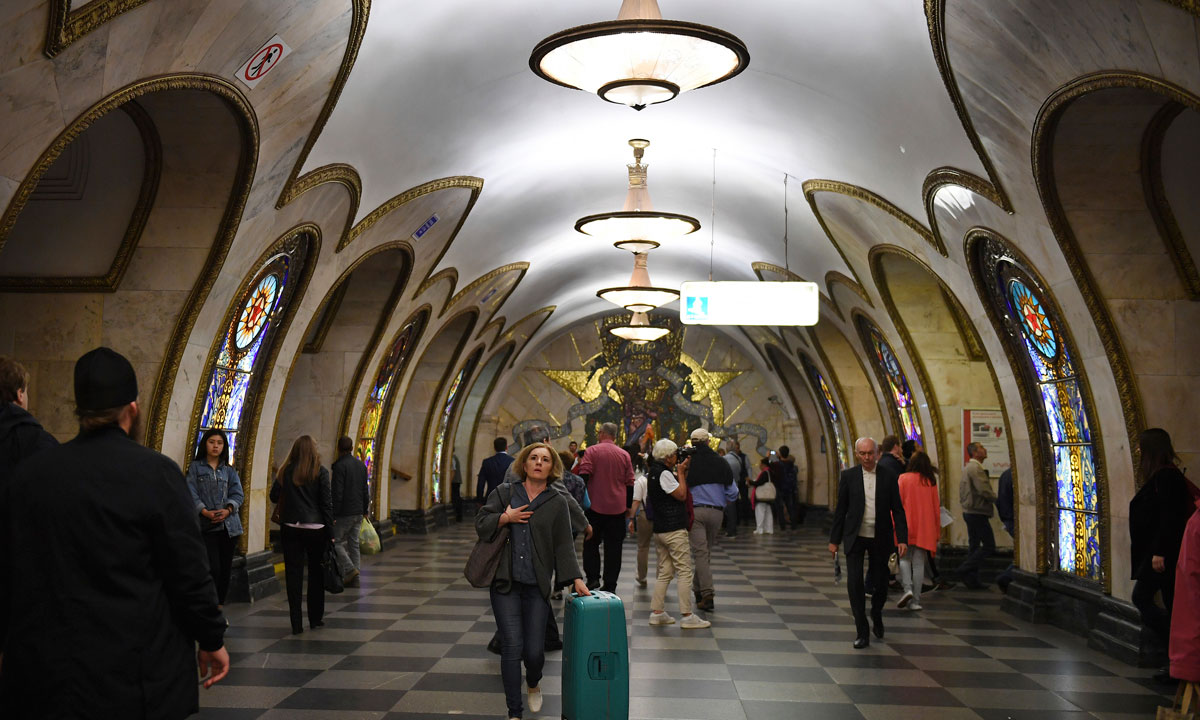 During my stay, I was based in the city’s outskirts – not far from Moscow’s ring road, which once did mark its boundary (tip: the metro is excellent and as long as you’re close to a station it really doesn’t matter where you stay).

This gave me the chance to spend time wandering around suburban streets far from the tourist hordes and just observe as Muscovites went about their day-to-day lives – leaving for and returning from work, buying groceries, taking their children to playgrounds. When I chatted to residents, they were unfailingly polite and helpful.

There is usually exaggerated commentary about dangers and annoyances in countries that are about to host major events but I’ve never found a bigger difference between myth and reality.

And I’m not alone. Australians (and others) who have spent the past few weeks in Russia have expressed similar sentiments about the locals’ hospitality and warmth.

Yes, it is a fun time because it’s summer and the World Cup is in town; people are having picnics in parks; friends and couples are enjoying the long nights with evening strolls (not unlike what’s known as la passeggiata in Italy), and parents are giving themselves coffee breaks while their kids play in fountains.

Six months from now, when the party’s over, life will be quite different – sub-zero temperatures, few sunlight hours, and buses and trains made damp by commuters’ wet shoes. Nevertheless, it seems inconceivable that, after the World Cup, the friendly and welcoming hosts we met will suddenly revert into the unsmiling and suspicious characters we had expected to encounter.

All of which begs the question: Why do we have such misconceptions about the Russians?

The obvious answer is that they have a history of being bad guys from the Cold War and Hollywood movies. And even now, nearly three decades after the fall of communism, media use the country’s political leadership to define its citizens.

The other problem could be that not enough of us have visited, possibly because Australians usually need a visa to go to Russia.

For the World Cup period, a visa wasn’t required as long as people travelling to Russia had a “Fan ID”. This was delightfully simple. Applicants needed to supply little more than passport information and the entire process could be completed online.

It truly is worth visiting and it’s now high on the list of places I’d love to take my daughter to when she’s a bit older. If that means going through the visa process, so be it.

Last week, on the day I left Moscow, a young lad (who spoke English well) started chatting to me on a Metro station escalator. With my luggage it was obvious I was heading to the airport. He asked where I was from and how my trip had been and, in answering, I mentioned that I’d like to return with my family one day.

The brief conversation ended with this chap actually thanking me for visiting his country.

No. Thank you, buddy.