Tourism officials in China’s Sichuan province like to say there’s more to Chengdu than just pandas. In Australia, that’d be like saying there’s more to Dubbo than its famous open-range zoo.

But truth be told there’s something to the Sichuan marketing campaign, and it seems to be working.

Chengdu was one of the world’s fastest-growing destinations for international visitors in 2016, helped by the New York Times recommending it as one of its 52 places to go in 2015.

Tang Dynasty poet Li Bai labelled the ancient capital of Sichuan province in China’s south-west the “pleasant city”, describing it as a “paradise-like and beautiful place”.

Modern-day Chinese, especially those from the north, reckon Chengdu is a place people – especially their working children – never leave once they move there.

It’s an envious observation, as much as parental advice.

Chengdu has a history dating back 2300 years and, unlike other major cities in China, it’s never had a location or name change.

Today, it’s one of the country’s most important economic, technology and innovation hubs and home to 14.5 million people.

Fortunately, it also retains the historic, cultural and gastronomic charms that make it so appealing as a tourist destination.

But you can’t discuss Chengdu’s appeal without talking about the pandas, despite what a hard-bitten colleague thinks.

“They’re just good-looking sloths,” she says as we prepare for a guided tour of the Chengdu Research Base of Giant Panda Breeding.

An hour or so later, after seeing pandas of varying ages – three months to five years – most going about their daily business in natural habitat settings, she’s changed her tune.

She’s not alone. Hundreds of thousands of Chinese and international visitors come to the open-air sanctuary each year to see a national and global treasure whose numbers in the wild have dwindled to fewer than 2000.

The stunningly-beautiful 67ha park is a favourite with locals who use it for weekend walks. 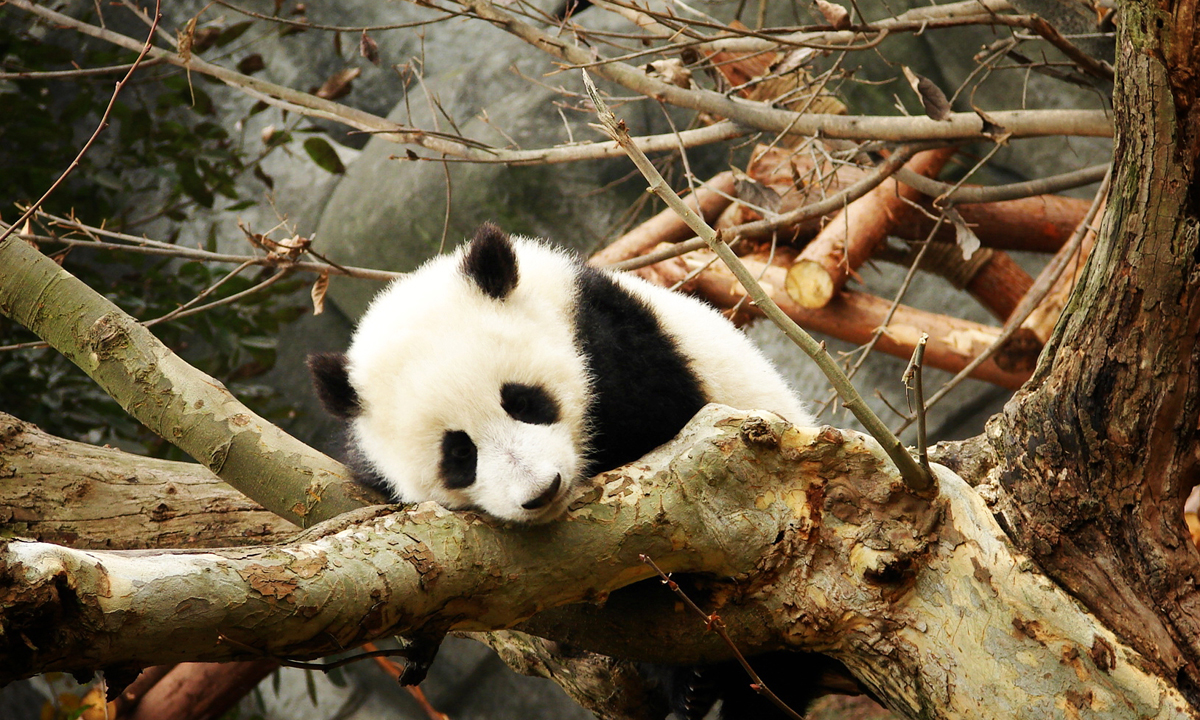 So, too, is Renmin Park – known locally as the People’s Park – famous for its popular tea houses and where you’ll find locals playing cards, doing tai chi, dancing or squawking karaoke.

More sedate is the 1300-year-old residence of poet Du Fu and its classical Chinese gardens on the banks of Huanhau Brook.

Chengdu’s ancient streets are a reminder of a history that dates back to 220 BC. Jinli Street was restored in 2004 in an effort to return it to its former glory.

Many shopkeepers and street merchants continue to dress in a traditional Sichuan style as they fuse the modern elements of Chengdu with ancient custom and design.

In the evening, the street is illuminated by rows of Chinese lanterns and a public stage showcases performances of Sichuan opera and shows of shadow puppets. 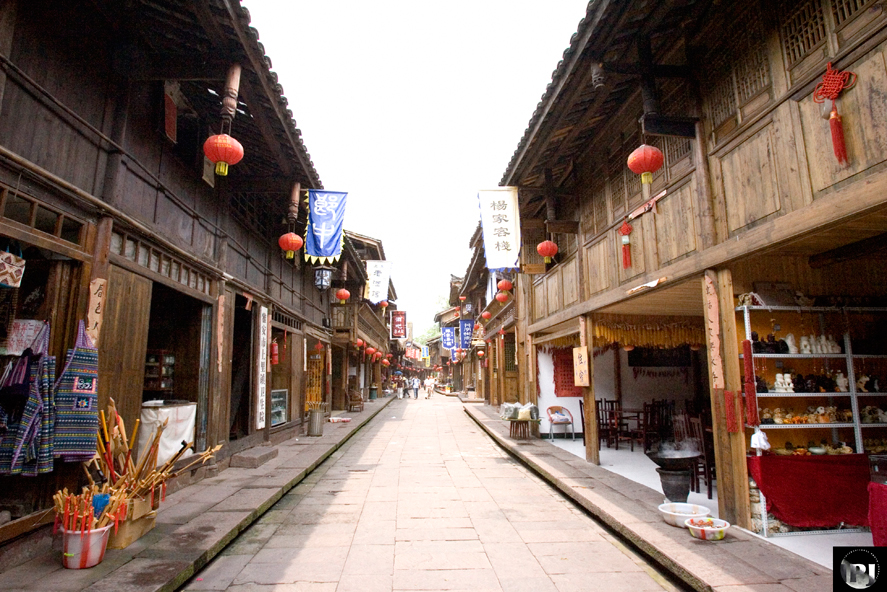 The food stalls – with their gastronomic delights on display – provide gweilos with an insight of Chengdu fast-food eating habits, including roasted rabbit heads, pig snouts and chicken feet.

Hot pot, synonymous with Sichuan, abounds in Chengdu. For novice westerners, think spicy fondue – a vat of boiling hot broth in the middle of the table into which portions of meat, fish and vegetables are placed. Large napkins are mandatory. 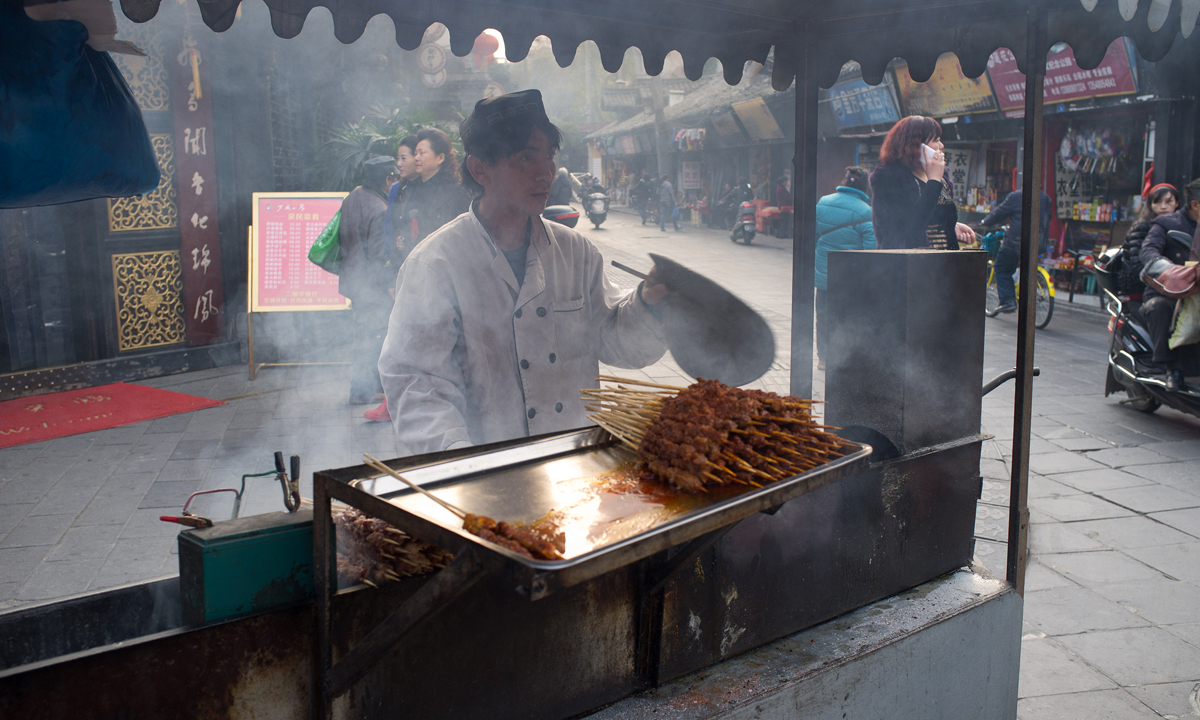 Outside the city, there are myriad day-trip options including to the Great Buddha of Leshan – the largest sculpture of Buddha anywhere in the world – which has been a world heritage site since 1996.

Chengdu’s locality is an ideal entry/exit point for Australians heading to China for a holiday or as a side trip on its own from Hong Kong, Vietnam, Thailand, Cambodia, Laos and Myanmar.

Direct flights now operate to the city from Sydney and Melbourne – mainly carrying Chinese tourists coming to and going from Australia.

So keen are Sichuan tourism officials to attract visitors, residents of more than 50 nations – including Australia – can take advantage of a 72-hour visa-free transit policy.

That’s more than enough time to see the pandas.

Staying there: Because of its reputation as China’s high-tech business hub, high-end accommodation options have increased rapidly. A room at the five-star Grand Hyatt will set you back about $A230 a night. More affordable options from about $A120.

The main attraction: Chengdu Research Base of Giant Panda Breeding: 10 kilometres from downtown; travel options by bus, metro or cheap taxis; open daily from 0730 to 1800 (best time between 0900-1000 when pandas are having breakfast); admission price $A12 adults; children under 1.3m free.

The writer travelled to Chengdu with a media delegation sponsored by the Chinese People’s Institute of Foreign Affairs.