Record rainfall in parts of the state’s outback and Flinders Ranges is greening the desert, filling Lake Eyre, bringing long-dry waterfalls back into flow and causing wildflowers to bloom in areas normally known for arid peaks and dusty plains.

“This rain we’ve had, you won’t see it again for another 40 years. It was like this in ’74 and everywhere you look it’s just green.” 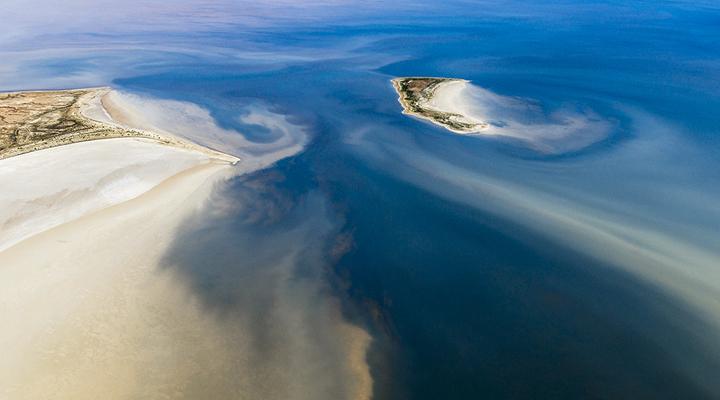 Marree, about 700km north of Adelaide, is one of the closest towns to the normally dry Lake Eyre. The 9500sqkm lake fills only about four times a century – the last time it was full was 1974.

Marree has recorded its wettest September since 1949 following consistent rain through the winter months. The small township is at the start of the Birdsville and Oodnadatta tracks, which Oldfield says are open and accessible.

He has lived in the outback for almost 70 years and says the lake level is the fullest it has been since the late 1980s and could reach the heights of 1974.

Oldfield says the desert wildflowers and birdlife attracted to the lake, including pelicans and stilts, are also amazing.

“The big bonus on top of it compared to ’74 is the fact that there’s no rabbits because they were such an environment disaster,” he says, referring to the successful eradication of the introduced species.

Water from local storms and wet-season rains in outback Queensland also feed into the lake through a network of rivers that drain into a basin covering a sixth of Australia – about the size of Spain. These waters are expected to continue to flow for several months

“We could have the inland sea next year, the way it’s going,” Oldfield says.

About 200km south, the 540-million-year-old Flinders Ranges is also experiencing a bumper season. The region is known for its rugged red ranges, gnarled gum trees and stony creek beds, but the wet winter has set creeks and waterfalls running, helping it spring to life with flowers and greenery.

Parachilna, in the heart of the Flinders Ranges, is among 75 South Australian weather stations to record its wettest September.

The nearby Angorichina Tourist Village has been hosting a steady stream of visitors, including a number of Dutch and German guests.

Proprietor Dave Scicluna says it is one of the best years for flowers and wildlife for two decades.

“It’s the first time in 20 years I’ve had to re-tune my whipper snipper and get the lawnmower going.

“It’s green, there’s water flowing in the creeks and there’s wildflowers – the Blinman Falls are beautiful at the moment.

“The wildlife is brilliant at the moment, too. The emus have got young ones, there are kangaroos everywhere and almost every doe kangaroo’s got a joey in the pouch.”

Scicluna has lived in the Flinders Ranges for 32 years and expects to be busy with tourists for at least another month.

“Until we hit halfway through November, it’s going to be absolutely beautiful,” he says.

“We’re not quite in the desert but we’ve got all different colours flowing through our hills at the moment and running water through the creeks, and that’s unusual.”

“We’ll have more people over the next month than we might have had, because knowing it’s a good year people will be out looking for them.

“It’s a wonderful year to be in the Flinders Ranges and the outback, there’s no doubt about it.

“We’ve had a high number of people coming through from further north who have commented on the green year.

“The flowing creek beds through the Flinders and the waterfalls are definitely worth getting out and having a look at over the next month or two before they dry up.” 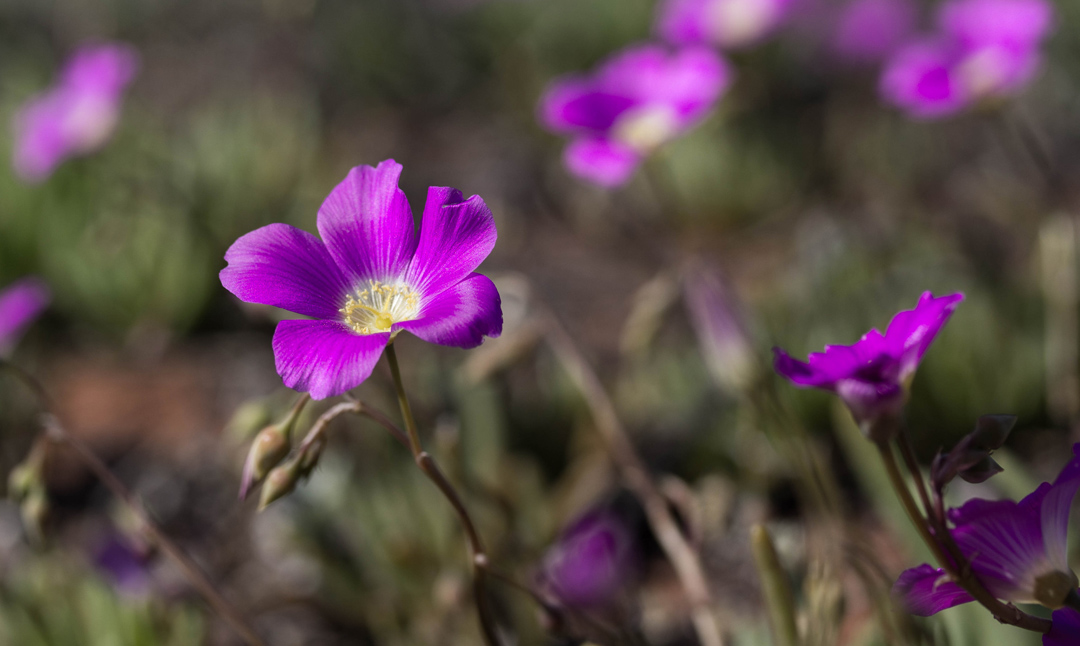 Arid Recovery is a large fenced conservation reserve near Roxby Downs. While it hasn’t received the rainfall of some other outback areas, Arid Recovery Office science and education officer Kimberley Solly says it has been an excellent season for poached egg daisies, paper daisies and native hollyhocks.

“It’s not just the annuals that have come up; all the perennials like the blue bushes are flowering as well.”

However, she says the popular Sturt’s desert pea has been elusive this season following a strong showing in the area in 2015.