Quenten Agius began the tours of the Narangga and Ngadjuri nations in the Yorke Peninsula and Mid North regions in 2003, and they now attract hundreds of local, national and international visitors each year.

They have also won numerous SA Tourism Awards, most recently in 2015.

The tours range from half a day to five days in duration and include the sharing of Dreamtime stories, visiting significant sites, seeing rock ancient carvings and learning about giant mammals that once roamed the area.

Agius says the guides also talk about the many issues Aboriginal people have faced since European settlement, and the significance of tribal boundaries through land formations such as rivers and mountains.

“The stories are based around the stories our mothers left behind, which their grandfathers gave to them,” he says. “We talk about nature-based aspects and we also talk about the early interactions between my ancestors and the early (European) settlers.

“We give them both sides of the story rather than just focussing on the positive or the negative side of things.”

Australian indigenous cultures are the oldest living continuous culture in the world, dating back more than 50,000 years. Before European settlement in 1788 there were more than 500 different clan groups or “nations” around the continent, many with distinctive languages and cultures.

About 500 people a year go on the Aboriginal Cultural Tours, most of which leave from Adelaide. Small groups, including many international visitors, travel between sites in four-wheel-drive vehicles, while larger groups – such as school students – are transported in larger vehicles.

Dreamtime stories are told, such as how the Hummocks hill was formed or how the Ardrossan cliffs gained their red colour.

Ceremonies and Aboriginal dances are performed on some of the tours. 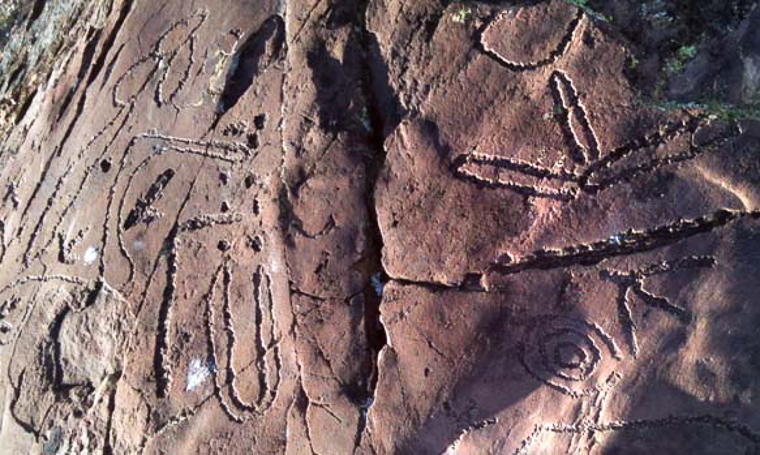 “What they dreamt and what they saw in those days they engraved on the rocks in a way like how we draw things in our current books,” Agius says.

“The main thing is about teaching the beauty of our culture and the knowledge the old people handed down to us and sharing it with other people.

Agius says more than 20 local Aboriginal people have learnt the stories in detail as part of their training as tour guides.

“It’s also important for us to teach our people the significance of their culture.

“When you look at Aboriginal culture today, it is everybody’s culture and we all need to respect it and look after it as one because once it is gone it is gone for all of us.”

More information about the award-winning Aboriginal Cultural Tours can be found here.