Early European explorers to Australia were confident they would find a vast inland sea in the middle of the dry continent.

Many went searching for it. Many died in the process.

In 1840, Edward John Eyre was the first European to lay eyes on the 9500sqkm lake, which now bears his name in one of the driest desert regions of South Australia.

As for the inland sea, Lake Eyre was bone-dry.

Australia’s biggest lake is also the thirteenth biggest lake in the world when full and, being 15m below sea level, it is the lowest geographical point of the island nation.

The lake fills only about four times a century – the last time it was full was 1974.

But now the waters to the lake in northern South Australia are returning.

Water from local storms and wet season rains in outback Queensland are flowing to the lake through a network of rivers that drain into a basin covering a sixth of Australia – about the size of Spain.

William Creek – population six – is the closest community to Kati Thanda – Lake Eyre National Park, which is about 700km north of Adelaide.

William Creek Hotel publican and local pilot Trevor Wright said while it was too early to say how much water would find its way into the lake by the traditional peak time of March or April, early signs were good.

“What’s interesting about this compared to other years is there is a lot more rain in the Tirari and Simpson deserts,” Wright says.

“We’re still getting showers and thunderstorms in the area, but given that it’s still very early in the season, we are hoping for follow-up rains – it’s looking very promising.”

“There’s definitely been a greening of the desert.” 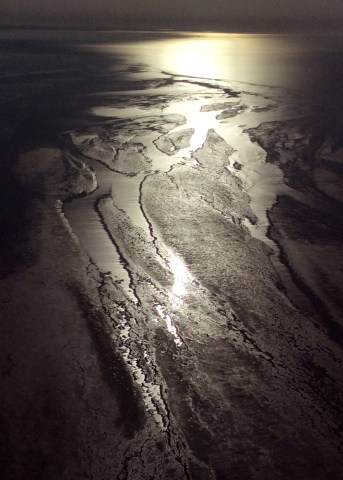 “We’re hoping that it will pick up and we’ll continue to see more rainfall in the catchment.”

The last time the lake held a significant amount of water was for a three-year period between 2009 and 2012.

One organisation keeping a close watch on lake levels is the Lake Eyre Yacht Club.

Its members, who come from all over Australia and the world, have not sailed on the lake since 2011 because of a lack of water but are hopeful of making a return this year.

Club Commodore Bob Backway says he hopes continued flows will allow boats to get on the lake in March, when the searing temperatures abate.

“This rain has primed all the Queensland rivers, which is great. If we have what is considered another rain event in the first half of February, then it would be fantastic,” he says. 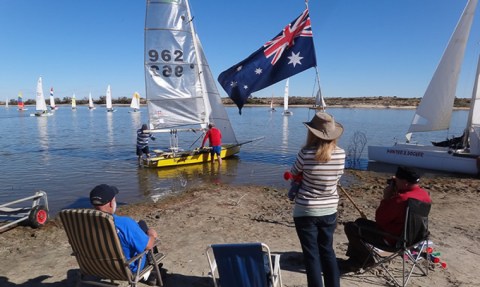 Daytime temperatures at Lake Eyre from December to March can reach 45C but drop to about 20C between May and August, which is also the peak time for tourists.

Lake Eyre has also been identified by BirdLife International as an Important Bird Area because it acts as a major breeding ground for many bird populations when flooded, including Australian pelicans, gulls, sandpipers and terns.

“We have 70 beds here, plus a caravan park and a sealed air strip, so it puts us in a very good strategic position to capitalise on the floodwaters entering the lake and to provide services to tourists coming through the area.

“It’s looking extremely promising but it won’t be until the end of the rainy season at the end of March that we’ll know exactly what type of levels we’re looking at, both in the channel country, the creeks and rivers and the lake itself.

“I think the bird life is the biggest draw card and the greening of the area, plus the visual effect of such an immense amount of water in the driest area of Australia.”