Kangaroo Island is renowned for its natural beauty and rugged coastline – it’s a place where you really can get immersed in the wilderness, says award-winning artist Janine Mackintosh.

Here, Mackintosh – whose assemblage art practice sprung from studying plants on her own KI property – shares some of the island’s best-kept secrets and must-see places.

It is the first in a new series of InDaily Travel articles in which South Australians will offer visitors the inside story on the place they call home.

Why do you love living on Kangaroo Island? 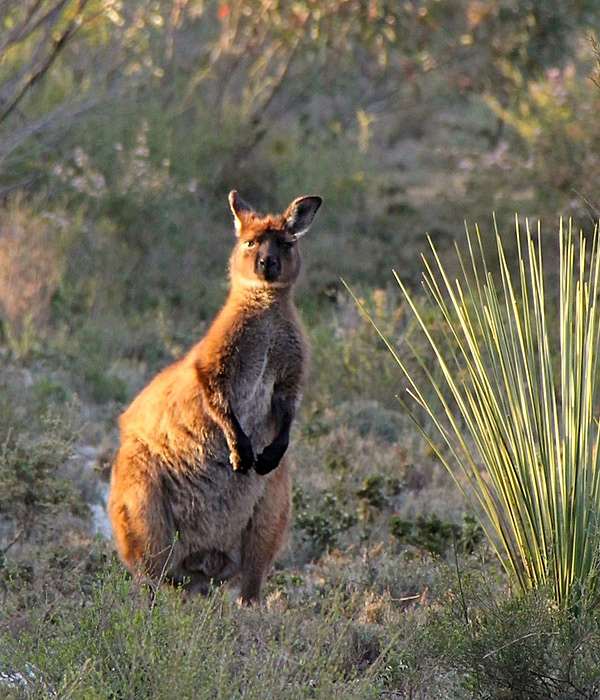 There’s an expansive freedom over here and a wild natural energy. It’s a big island; I usually say to South Australians, ‘Think of the distance from Gawler to Cape Jervis – that’s how long it is’.

It has an area of 4400sqkm and, coincidentally, a tiny population of about 4400. The island retains more than 40 per cent of its old-growth vegetation (and is mercifully free of foxes and rabbits), so that’s a lot of wilderness to get immersed in. I love feeling like I’m an insignificant dot in a complex ancient landscape, which has been “doing its thing” for millennia.

From our hill we can see for miles and miles, but at night there isn’t another light, just millions of stars, and the sounds of bush stone curlews wailing, and umpteen roos and wallabies hopping and munching on our garden.

What are three things that visitors to the island must see/do?

1: Flinders Chase National Park. Yes, it’s a long drive out west and you’ve probably seen way too many photos of the Remarkable Rocks, but they’re … remarkable! And they have the most gobsmacking backdrop (there’s no highway or mesh fence ruining the scene). Try to allow time for some walks in the park, too. I recently did the Snake Lagoon Walk, which takes you along Rocky River to the west coast. It was so outrageously beautiful, I was kicking myself that I didn’t bring my camping gear so that I could stay, particularly as the campground was absolutely deserted. 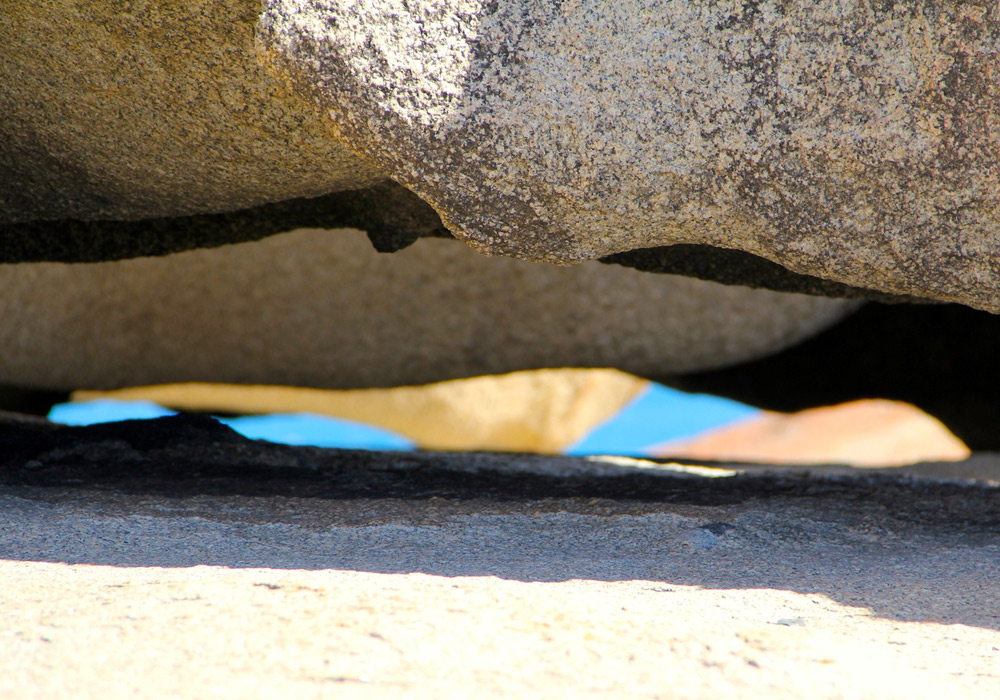 2: I’m not into fishing, at all, so when a friend invited me to celebrate her birthday with a night of dab net fishing, I had serious doubts that I’d enjoy the evening. We feasted on a pooled picnic on the beach, and at sunset Wallaby Bob appeared, urging us to follow his floating light into the shallows. It was absolutely magical – the stars, the serene illuminated water, (uncoordinated-me) gently swooping the silver garfish into a net in slow motion … and I’ll never forget Wallaby Bob pulling up a huge patterned fiddler ray by the tail, just for us to admire, a rollie glowing in the corner of his mouth. Kids love it, too, apparently. 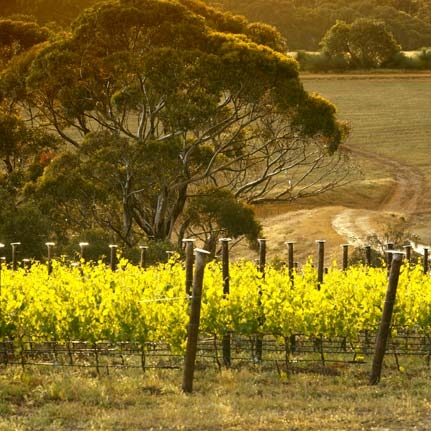 3: If you’re seriously into wine, ring and make an appointment to visit Islander Estate, established near Parndana in 2000 by “Flying Winemaker” Jacques Lurton, of the distinguished Bordeaux Lurton dynasty. The imported vats, made by a French tomb-maker (four-person and eight-person burial crypts!) are just one of the unique features of the estate. I was instantly charmed by Jacques’ accent and his happy, passionate nature; he’s also received a five-star rating from wine critic James Halliday.

Your favourite place to eat and drink?

That’s easy – Chapman River Cellar Door, at the very east of the island. Bruce and Diana have transformed an old aircraft hanger into a stylish, eclectic space – including a chandelier, a fire and myriad artworks. Order a sumptuous gourmet platter and a glass of their Happiness Rosé and then, if you can drag yourself off the lounge, go for a long walk on Antechamber Bay, where you can gaze across the water at the fuzzy distant mainland. Your mobile phone may not have reception (shame). 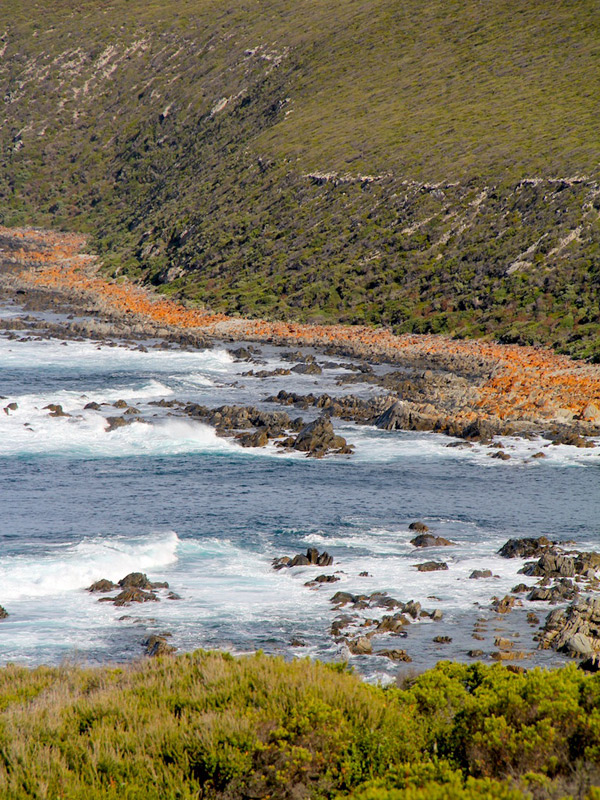 Winter. Winter on the island is very special, very Winton-esque. The feeling of “getting away from it all” and having the place to yourself is accentuated.

My suggestion: get a hamper of KI produce (there’s a new KI stall at the Adelaide Central Market if you want to be super-pre-organised – try Dan’s sticky figs) and snuggle up in front of a roaring fire at Blue Seas Beach House, eco-designed and owner-built by the coolest couple I know, Ben & Ria. It’s nestled in coastal bushland at D’Estrees Bay (Population: three), a beachcomber’s paradise. The dirt road also winds south along Cape Gantheaume Wilderness Protection Area to the start of a spectacular two-day hike (where you might see Ben surfing “the Suez”).

Janine Mackintosh is an assemblage artist who creates intricate native botanical artworks, mainly using materials collected from her heritage bush property on the south coast of Kangaroo Island. She welcomes visitors to her hilltop studio, by appointment, throughout the year. 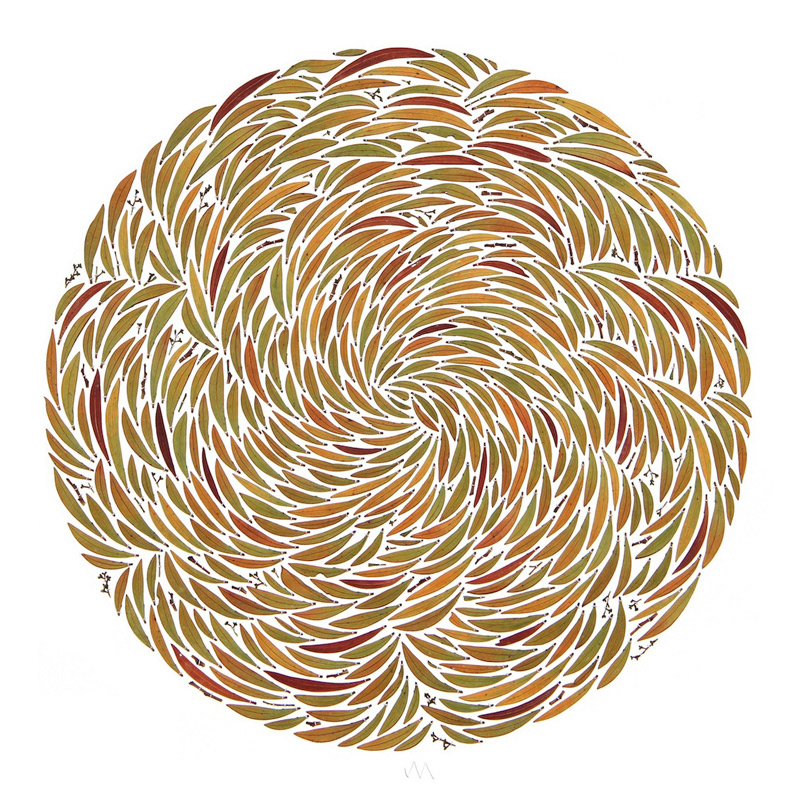