After 15 years of operating Udder Delights Cheese Cellar at its popular Hahndorf location, Sheree and Saul Sullivan will move the business into a new $2.5 million venue this summer.

The venue will also house a microbrewery and pizzeria, and is located at the former Grumpy’s Brewhaus in Verdun, which was damaged by fire in 2016.

The new business is named Grunthal Brew, in reference to the name the town went by before being renamed Verdun in 1917.

With construction well underway, the site features lawns and gardens overlooking the Onkaparinga River, with a building constructed with elegant stonemasonry and a glazed conservatory for cheese-making classes and private functions.

The state government earlier this week announced a $275,000 grant towards the project, as part of its Tourism Industry Development Fund aimed to support the regional tourism industry.

“We will still offer our famous cheese fondue, truffle cheddar toasties and all those things that walk out the door of our Hahndorf shop, but we also want to bring in pizza and beer snacks,” says Sheree.

“It will be a special venue, but we want people to feel like they’re coming over to our house – that’s what we’re going for.” 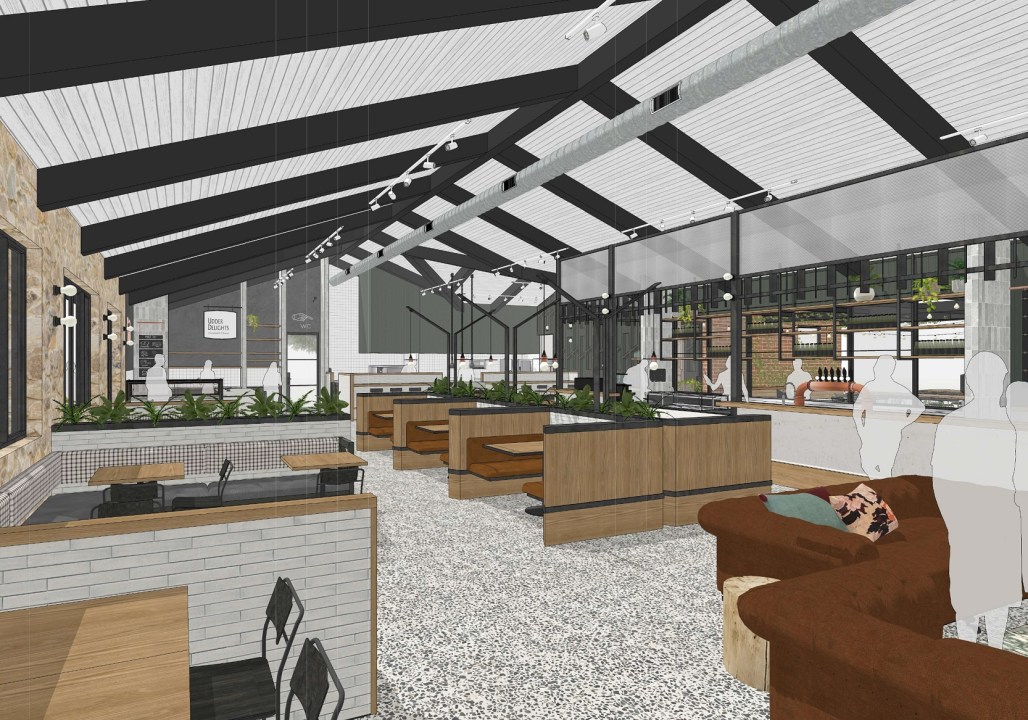 An artist’s impression of the new Grunthal Brew project at Verdun.

Grunthal Brew will feature a new microbrewery serving tap beers, with a focus on producing a flagship larger. Saul will be the head brewer.

“For over a year now, we’ve had a little microbrewery inside our house and Saul’s been working everything out ready for when we go commercial,” says Sheree.

“Our goal is to be a craft brewery with a really good lager. Breweries often don’t make lagers because it involves quite a timely and expensive process.

“We want the venue itself to be really casual and fun, where people can come and get delicious food. All the beers that we make will be on tap.

“It will allow us to open up a larger offering of cheese and wine flights, which we just don’t have the room for at our store in Hahndorf.”

Udder Delights is one of Australia’s largest producers of white mould cheese using milk from Fleurieu and Hills dairy farms, specialising in brie and camembert.

The brand was started in 1999 by Sheree’s parents, who struggled to sell the milk from their goat farm and decided to diversify into cheesemaking.

It was only months after launching the business when the original cheesemaker resigned, leaving Sheree to step up and learn the cheese-making craft herself.

“Saul and I purchased the business off my parents and we’ve gone through all sorts of stages and transitions and triumphs and tragedies in all that time,” says Sheree.

Udder Delights established a public presence in 2006 with a cellar door space on the main street of Hahndorf, leased from brothers Bill and Rolf Alander and business partner Marc Cheney.

The Alanders and Cheney then purchased the site of Grumpy’s Brewhaus after it was badly burned in 2016. 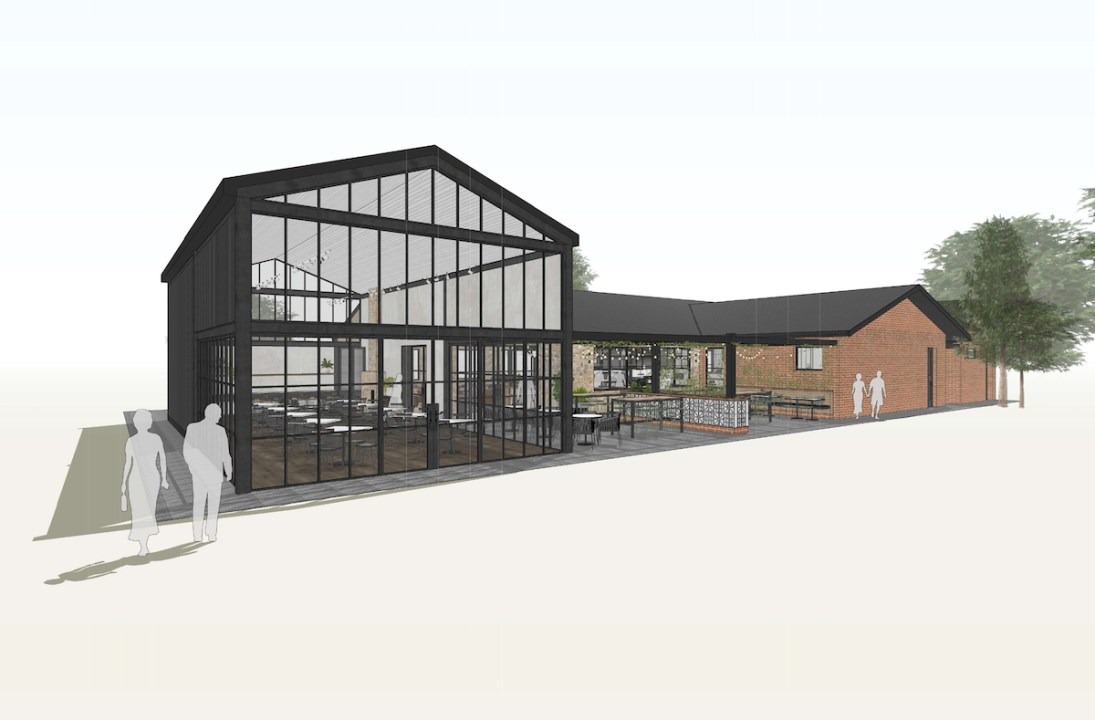 An artist’s impression of the new Grunthal Brew project at Verdun.

“We worked with Bill to open Udder Delights Cheese Cellar and always had a really good working relationship with him, and then, unbeknownst to us, they bought the Grumpy’s site and approached us about the project,” says Sheree.

“The venue had burned down, but the brew shed was still standing.

“Bill and Rolf are also builders and stonemasons, so anyone who’s driving past the site right now will see that the stonework looks amazing.

“They are overseeing the build on the outside and then I’m using Hughes Construction in Lobethal to do the fitout.

“We are utilising the existing brew shed and bringing in new brewing equipment while rebuilding the venue space.”

The business will commence a recruitment drive later this year, which will include the hunt for a head chef.