Stefan Dimasi has uncovered a rewarding career path since being appointed executive chef at Nonna’s Cucina three years ago.

In this role, he oversees the preparation of fresh Italian meals that are delivered to hundreds of elderly people in the community each day.

Dimasi forged his career in the high-pressure environment of a bustling Italian restaurant, but that was nothing compared to his experience at Nonna’s Cucina, where a mob of nonnas will regularly visit to look over his shoulder to make sure everything is up to scratch.

“The nonnas, including my 84-year-old nonna, Maria, come in every Monday to cook and make biscuits, and it’s given the kitchen a great vibe. It reminds us of the reason we do all of this,” says Dimasi.

“It’s given her another life, too – she loves it.

“The nonnas always have input and check in on things, especially my nonna – she’ll let me have it. She says, ‘Stefano, don’t use too much oregano!’”

The nonnas are just a portion of the organisation’s 160 volunteers who help prepare and deliver more than 300 three-course meals to elderly community members every day.

Dimasi and general manager Marco Staltari feel they have an important legacy to uphold. 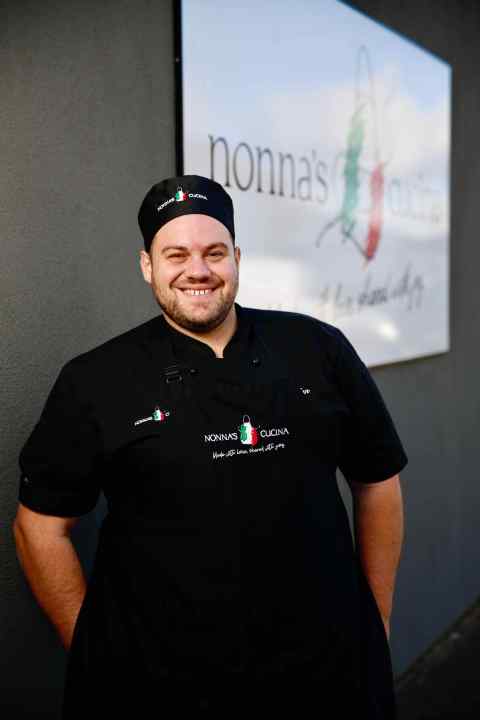 The organisation was founded in 1999 after a decade of lobbying from a small group of Italian community members who insisted the state government should fund a meal service for older Italians.

The group started cooking out of the kitchen of a western suburbs church, and today Nonna’s Cucina has a purpose-built kitchen at Royal Park where all meals are prepared, sealed fresh and delivered to the community by volunteer drivers and assistants.

There are two further hubs at Glandore and Firle, where meals are sent to be despatched to the nearby suburbs.

Most importantly, Nonna’s Cucina helps elderly community members remain independent in their own homes for longer.

Although there are some parallels to Meals on Wheels, it’s a smaller operation that started out only serving Italian customers. Today, it delivers to clients of all backgrounds.

“We created an alternative Grandma’s Menu, because although a lot of people like our Italian food, they don’t want to have pastas every week,” says Dimasi.

“It’s worked out really well for us; our business has picked up, our clients are loving it, and sometimes they want to change between menus from week to week.”

When the coronavirus hit last year, Nonna’s Cucina dropped its prices by $1 and has since maintained this lower price.

“We’re government-funded, but we’ve still got to charge a price to our clients, so by catering and hosting events and fundraisers we can keep our prices down,” says Dimasi.

On Wednesday, May 12 and Thursday, May 13, Dimasi will be joined by chef Rosa Matto to present Italian Barbecue Cooking Classes at Nonna’s Cucina’s Royal Park headquarters.

Tickets are $110 each and guests will enjoy a long-table dinner, as the chefs demonstrate how to prepare several dishes, including homemade sausage, caciocavallo, marinated quail, octopus and traditional tiramisu.

The classes, as well as another event, Festa Italiano at Pattriti Wines, are being held as part of the Adelaide Food Fringe. 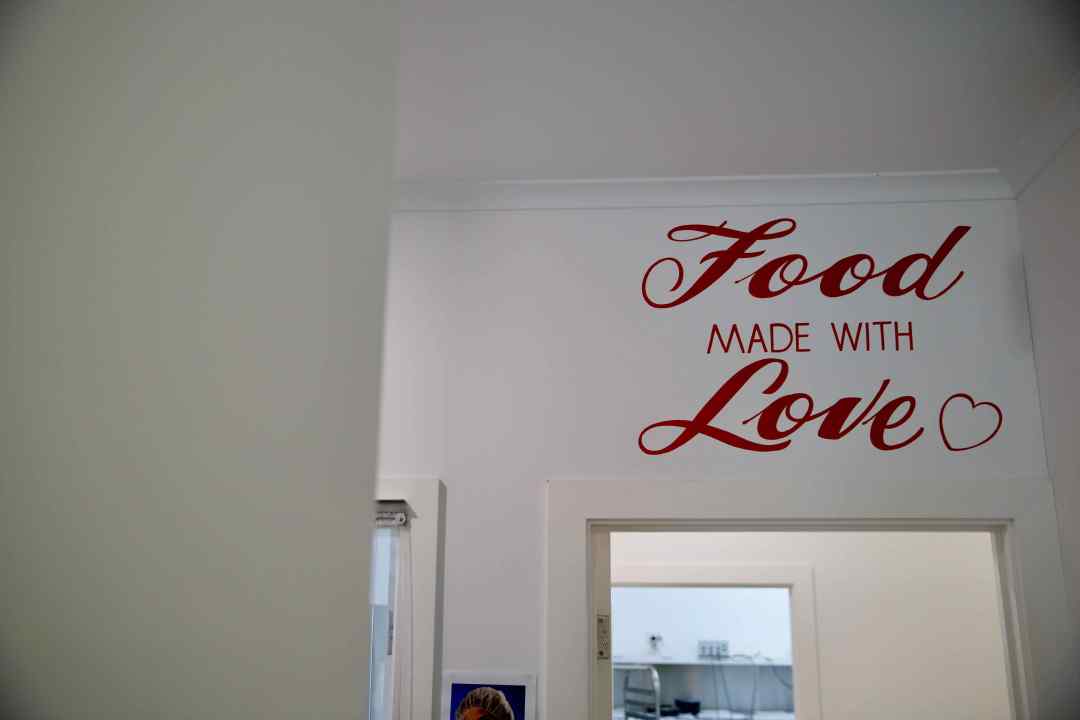 Nonna’s Cucina will also host a Pig Days Masterclass Weekend on June 26 and 27, where the chefs will demonstrate how to break down an entire animal and use the cuts to make traditional Italian sausages.

Then there is a Briscola World Cup event on Sunday, July 25 at San Giorgio La Molara Community Centre at Payneham.

“It’s such a rewarding get job,” says Dimasi, who after graduating from Saint Michael’s College pursued an apprenticeship at Enzo’s Ristorante, where he worked for 16 years.

“It’s a different ball game to working in a restaurant. You still work hard, but you know that you’re feeding 300-plus clients every day, while putting in that same level of restaurant quality.” 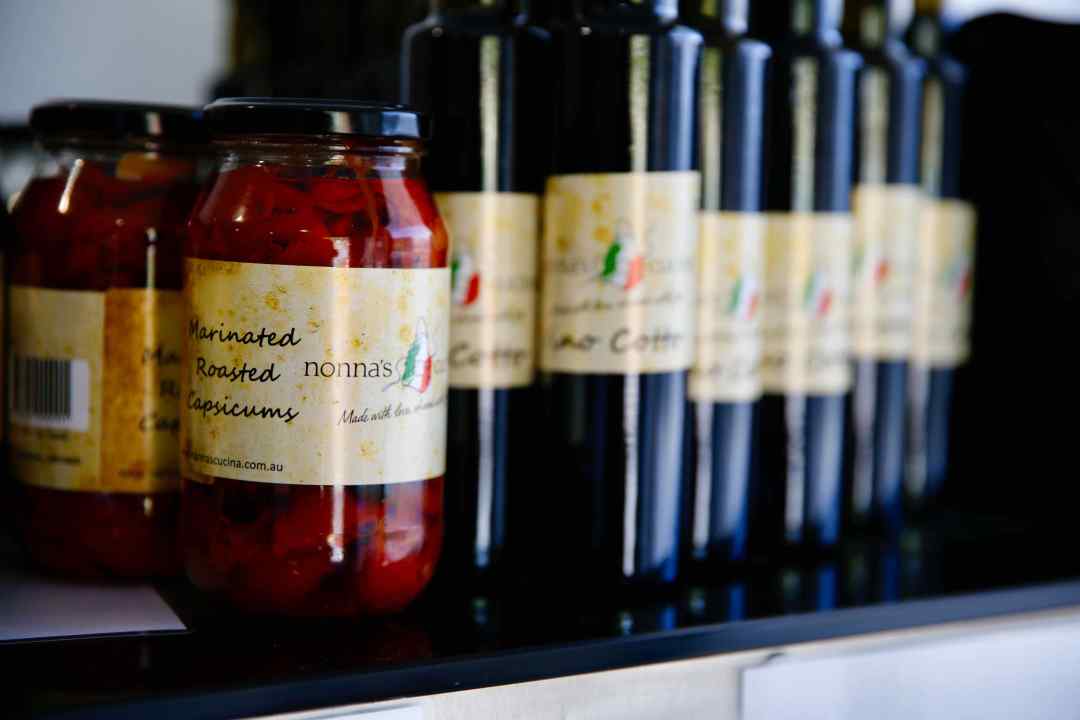 Staltari says for some clients the only human interaction they will have from day-to-day is when the Nonna’s Cucina delivery driver arrives.

“We have people who phone our office just to have a conversation; that’s their only conversation for the day,” says Staltari.

“We’ve got one lady who’s 102 and she calls the office every day just to make sure her meal’s coming.

“Volunteers are what keeps us going and keeps our pricing down. We’ve got great people out there doing a wonderful job.”

The organisation welcomes volunteers of all backgrounds.

“It’s a multicultural business and that’s what we’re trying to promote,” Staltari says.

“These kind of community services are so important for people who want to stay at home but aren’t able to just go to the shop and buy ingredients to cook.

“There are people out there who don’t have family or friends and the only contact they have is with our volunteers going to their door.”

Nonna’s Cucina also prepares texture-modified and soft prescribed meals for people with specific needs. The kitchen does not use preservatives or thickening agents, which Dimasi says not only taste bad, but are bad for the health of elderly people.

He says each recipe is designed to have a well-rounded nutritional profile with home-cooked flavours.

“Everyone’s got or had a grandma, whatever nationality you are,” says Dimasi.

“No one cooks as good as your grandma, and that’s the core of what we’re trying to get to with Nonna’s Cucina, which means grandma’s kitchen.”